Where Neon Goes to Die

Miami Beach, the city with a history only as long as a coke line at its latest trendy nightclub. Or is it? Some of those club kids vaguely remember Miami Vice was a TV show before it was a movie, but few remember the vibrant Yiddish community that was the centerpiece of the town's cultural identity for six decades. Vaudeville theaters, literary groups, radio shows, artists, and entertainers supported a thriving community of tens of thousands of year-round residents (and even more snowbirds and tourists) that was also suffering from segregation. Filmmaker David Weintraub painstakingly pieced together the fading memories of the era using vintage footage, contemporary interviews, photographs, and other bits of memorabilia to portray what Miami Beach was like before Crockett and Tubbs resuscitated the neon.

After the notorious suicide of former District 5 City Commissioner Art Teele in 2005, Michelle Spence-Jones's election might have seemed like a breath of fresh air. But it wasn't long before all of that oxygen turned stale. In the past year, Spence-Jones has shown Miami she can play rough too. A former aide to Mayor Manny Diaz, she leaned on powerful friends in the runup to the election — Billy and Barbara Hardemon, a well-connected couple, in particular. Their hard-line campaign tactics on her behalf ultimately earned her a slap from the Florida Elections Commission, which fined her $8,000 for violations of campaign law, among them passing out tens of thousands of dollars to campaign workers on Election Day. This past December, news broke that the Miami-Dade State Attorney's Office had launched a criminal probe into Spence-Jones's finances, an investigation that two months later nabbed the commissioner's pastor, Rev. Gaston Smith, on charges of misspending a county grant. So far, that investigation has yielded no charges against Spence-Jones herself. Finally, in January, there was the "secret memo," filed as a memory aid, apparently, by District 2 Commissioner Marc Sarnoff. The memo recalled a conversation in which he says he was told by former City Manager Joe Arriola that Spence-Jones was withholding a vote on a proposed Coconut Grove condo unless two of her friends received a combined $150,000. No doubt about it, this has been a rough year for Spence-Jones. But while the commissioner might be embattled, she ain't licked: Spence-Jones has remained defiant, denying each and every allegation, repeatedly hurling the stuff back at her attackers. Will she be vindicated? Only time — or possibly a lengthy court case — will tell.

These two Krop Senior High girls decided one night in 2007 to videotape themselves singing a parody of Fergie's "Fergalicious." They threw the video up on YouTube for fun (against their mothers' wishes) and almost overnight became superfamous. Maybe it was because the parody skewered a certain kind of Miami girl — a chonga — or maybe it was because the pair was simply campy, funny, and zany in a sweetly innocent way. Somehow, in that Weird Al-type of spoof, Mimi and Laura captured the spirit of an entire generation of South Florida kids. The song spread from the Internet to Power 96 FM to ringtones on tweens' cell phones. And the girls still get recognized when they hang out at the mall. Adults love them too: They were the grand marshals of this year's King Mango Strut. Now the young ladies have their own Wikipedia entry, videos of several performances around Miami-Dade to send to college recruiters, and 2.2 million hits on YouTube. When these two appear on television or in movies in a few years, no one in Miami will be surprised. 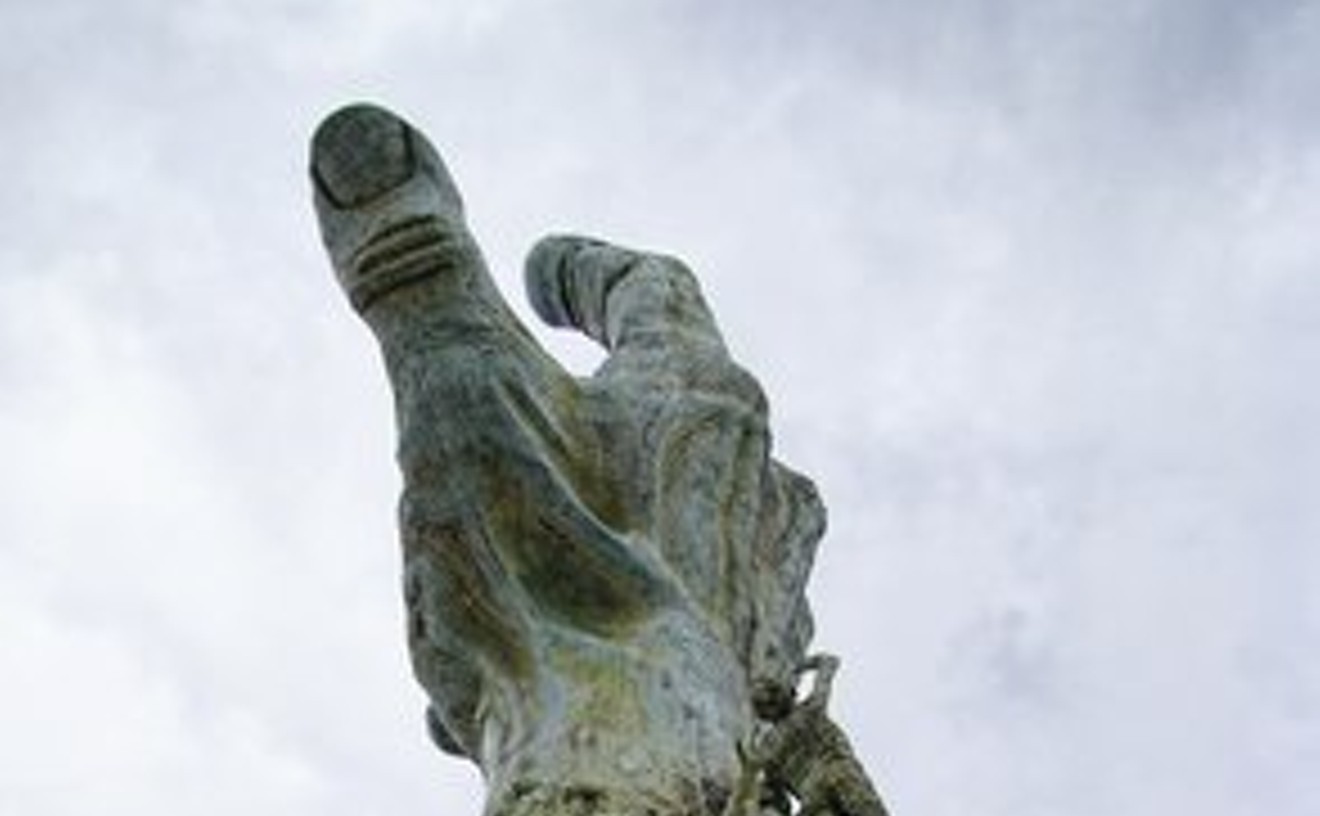 Traveling east on Dade Boulevard in Miami Beach, you are transfixed by a massive bronze hand that stretches to the sky. As you approach, you see the hand is only part of a compelling and complex sculpture. Surrounding it are humans cast in bronze, their faces twisted in agony and pain, clawing and crawling over each other to reach the outstretched palm. Known as the Sculpture of Love and Anguish, the hand is the centerpiece of Miami Beach's Holocaust Memorial, the most poignant monument in the county. Architect and sculptor Kenneth Triester, who completed and opened the memorial in 1990, created a place that not only honors the six million Jews killed in World War II but also provides a place where survivors can find solace and the public can see and feel the impact of the 20th Century's greatest crime. The memorial is open seven days a week 9 a.m. to 9 p.m.

Ten years ago, Booker T. Washington wasn't even a high school, and five years ago, when Tim Harris took over the football program, the Tornadoes were flounders in an ultracompetitive sea of Miami prep football full of great whites. Harris's work to build the program from the ground up culminated this year in the school's first Class 4A state title, its first perfect season, and a number four ranking in the ESPN National High Elite Top 25 poll. Oh, and the Tornadoes track team, which he also coaches, won a state title too.

With a 57-7 record in his five years at the school, the 42-year-old Harris was named USA Today High School Coach of the Year. Booker T. shut out eight opponents this season, including two in the playoffs, on its way to a 14-0 record. The team gave up a paltry 66 points all year —an average of 4.7 per game.

Harris's nickname, Ice, comes from his childhood emulation of NBA great George "Iceman" Gervin in basketball games, but could just as easily describe his cool and collected demeanor on the sidelines.