305-534-7622 This is a children's store all grown up. Owners Daniel Kron and his wife Geane Brito, New York fashion- and design-world refugees, opened shop in 2003 specifically because they were so disappointed with what was available when shopping for their first child in 2000. "For too long in the baby business people just accepted what they were given because there were no alternatives," Kron says. So he and his wife found interesting and beautiful alternatives, such as the cardboard snap-together rocket from Brazil, big enough for kids to crawl into; vintage guayaberas and concert T-shirts, recut and miniaturized; and their signature item, the $729 Bugaboo Stroller from Holland. They stumbled upon that pricey kid-cart before it was even available in the U.S., becoming one of the first five stores to carry it. Since then it has gone on to become the celebrity stroller, used by Gwyneth Paltrow and featured on Sex and the City. Kron says he looks for inspiration when selecting gear. "I want them to show me a great design, show me a better way, show me something aesthetically stunning," he says. "We never think in terms of what we can make a lot of money on." Their approach seems to be working: They intend to open a second location at 49 NE 39th Street in the Design District, probably by June. "A lot of our success has to do with the fact that people in Miami are having more babies than in other cities," Kron adds. "People are more into their families here, it seems."

www.aviarybirdshop.com Just south of Cauley Square on South Dixie Highway -- amid tire shops, liquor stores, and various building-material supply warehouses -- stands the Aviary, a not-so-tiny oasis where wings and an affinity for sunflower seeds are the only residency requirements. Day-Glo green parrots, mohawked cockatiels, and hyperactive parakeets are all treated to garden views, plenty of shade, and all the dried fruit their beaks can handle. In addition to the usual supplies, the oldest bird shop in Miami also offers boarding (in its Tweety Motel), microchipping, and, soon, an area on-premises for special flighty occasions. Go for supplies, a new feathered friend, or an afternoon of bird watching. Think of it as a miniature Parrot Jungle without the roller-skating parrots or $25 admission fee. 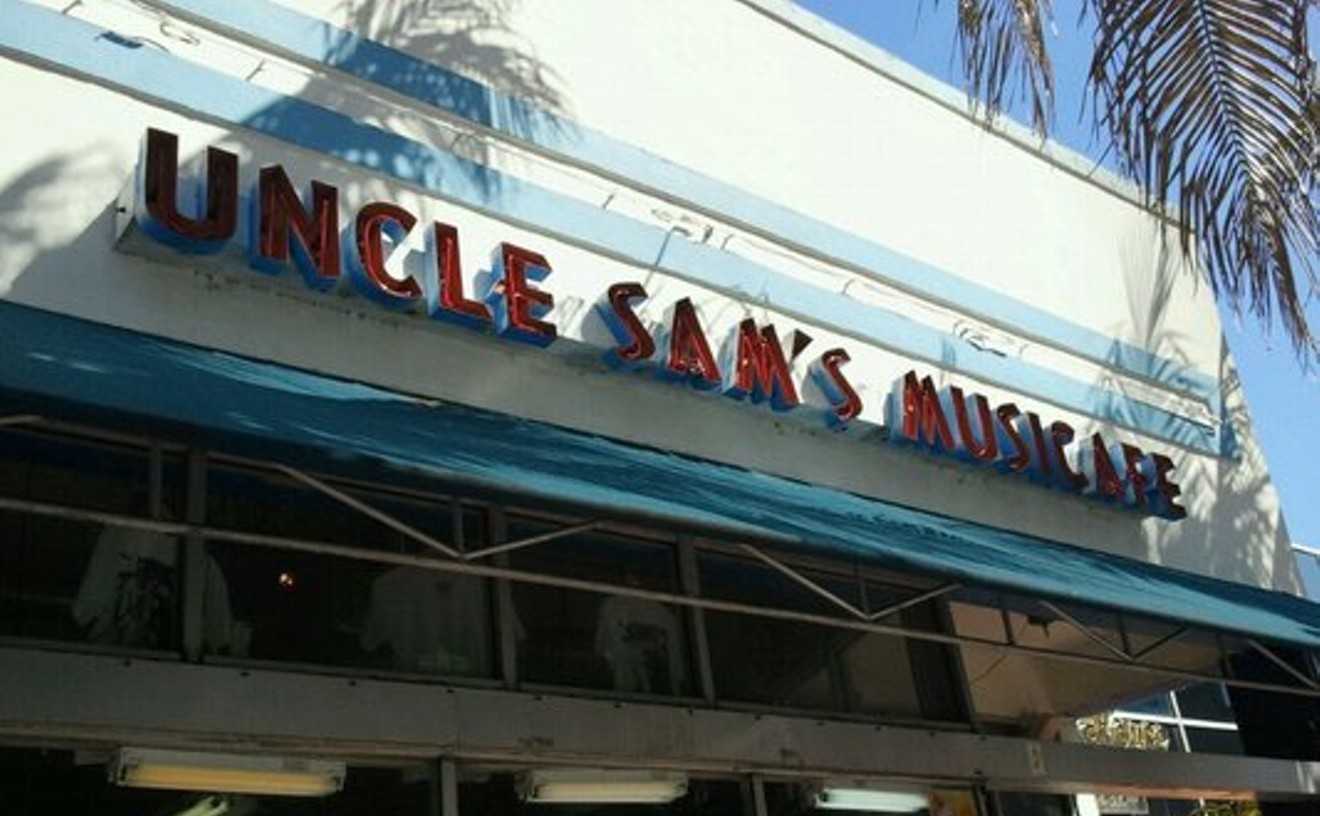 www.unclesamsmusic.com This was a toughie, with honorable mention going to Grooveman. In the end, however, Sam's amazingly expansive selection (which they should consider cataloging into a computer) coupled with the fact that DJs can drop their potential wax on the needle before they commit, is what put the Uncle over the top. This independent record store has been a staple of the underground music scene since it first opened its doors in 1992. Some of the most influential DJs in Miami know that if they need a juicy, little-known track to get the party bumpin', they'll be able to find it here. It's not just the locals either. Deckmasters from around the world can't help but drop in to check out the latest and greatest. The life of a working DJ usually doesn't begin till well after the sun goes down and Sam's knows that. They stay open till 2:00 a.m. daily, allowing for late-night perusing of all the goods, including exclusive vinyl not to be found anywhere else to merchandise and even concert tickets.