Brittany Brave on Shooting a Comedy Special in 2020: "So Many Elephants in One Room" 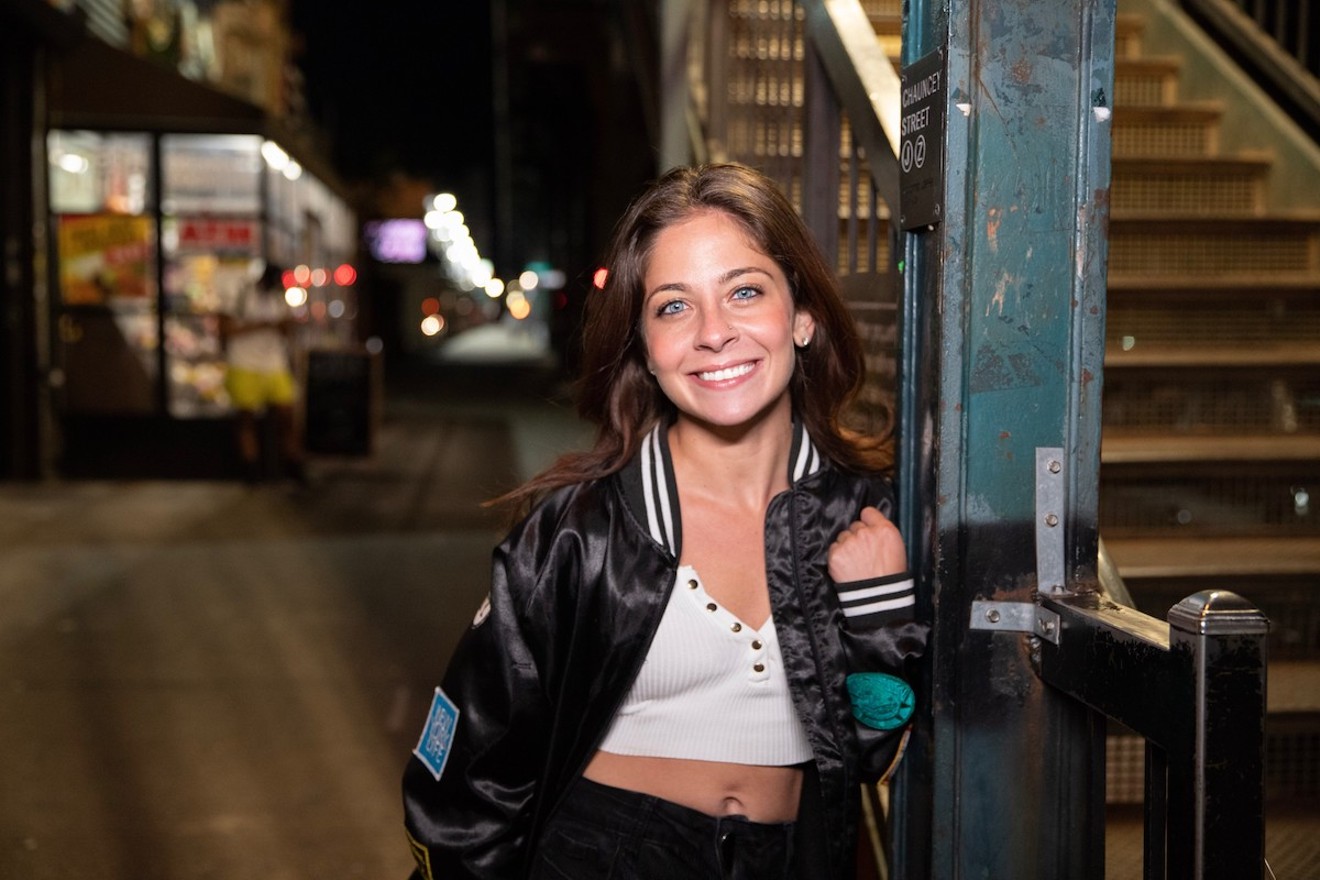 Brittany Brave Photo by JT Anderson
COVID-19's stranglehold on the nation has been no joke. The beginning of the pandemic was especially devoid of laughs because of the shutdown of bars and comedy clubs. Stage time was scarce, and audiences' muted smiles in virtual shows were no substitute for the drunken roar of a crowd laughing in unison.

But despite 2020's many hurdles, comedian Brittany Brave has managed to keep herself busy. Flying back and forth between New York and her native Miami, Brave has worked on a slew of projects: launching a podcast, shooting a web series on spec, and reopening her regular show at the Tiny Cupboard in Brooklyn.

She’s opted to spend the remainder of 2020 in South Florida. To cap off a creatively taxing year, Brave will be filming her first comedy special at Villain Theater on Friday, November 27.

Brave’s appearance at Villain has been in the making for some time. As clubs and bars reopened, the theater took advantage and booked weekly standup shows through the end of the year. Brave found herself as a mainstay at the venue.

“I started doing Villain virtual shows in the summer and doing their virtual mics and some of their [booked] virtual shows," Brave explains. "That parlayed into some guest spots and some feature spots. I built a good relationship with them, and I feel as if they’re my home club.”

As time went on, Brave got more and more comfortable performing at Villain and progressed to doing longer sets. When the venue extended a headlining offer, it also gave her the option to film the appearance.

“A comedian’s first big release is usually a collection of material they’ve been honing for their entire lives and careers,” Brave says. “A band’s debut record is like the very first songs they wrote, had success with, had opportunities to write and rewrite and republish over and over again, so you want it to have it be a statement of who I am as a comedian but also have it be topical.”

A comedy special is often a time capsule, so expect Brave to address the bonkers year we've been experiencing so far.

“It kind of made sense to speak to the weirdness of 2020 given when we’re recording it, given the entire reason I’m home in Miami is because of this pandemic,” she says. “It would be very, very strange to tape this special under these conditions and not at least have a snippet of my material reflect COVID.”

Even without the on-stage talent acknowledging it, COVID’s presence will certainly be felt by the venue's procedures to reduce the spread.

“We are enforcing a six-feet policy between parties, masks for everyone — performers and the audience members. If you’re not eating or drinking, like, you’ve got to have your mask on," says Anastasia Pavlinskaya, Villain Theater's director of standup.

The theater is doing everything it can to make the audience feel as safe as possible, including temperature checks at the door, Plexiglas over the box office and bar, and limited seating capacity. The staff and performers are also regularly tested.

“We’re tracing everything,” Pavlinskaya says. “We’re all going through Marlins Park to get tested. It’s like a social activity by now, sharing our negative COVID results.”

Still, Brave doesn’t plan to overdo it with the COVID material.

“Audiences are really desperate for a distraction right now,” Brave says. “As much as they want you to call out the obvious, they’re also very much so ‘OK, move on.’”

While audiences are searching for escapism, she acknowledges that it would be remiss not to point out the elephant in the room.

“By coming out and seeing the show, you’re risking something. So just like doing comedy in 2020, we have to acknowledge it,” Brave adds. “[There are] so many elephants in one room — like that would be the theme for corona comedy.”

Brittany Brave. 7:30 and 9 p.m. Friday, November 27, at Villain Theater, 5865 NE Second Ave., Miami; 786-391-2241; villaintheater.com. Tickets cost $15 to $20 via at villaintheater.com.
KEEP MIAMI NEW TIMES FREE... Since we started Miami New Times, it has been defined as the free, independent voice of Miami, and we'd like to keep it that way. With local media under siege, it's more important than ever for us to rally support behind funding our local journalism. You can help by participating in our "I Support" program, allowing us to keep offering readers access to our incisive coverage of local news, food and culture with no paywalls.
Make a one-time donation today for as little as $1.