Ten Things to Know About the New Frost Science Museum

The Frost's grand opening is expected to attract thousands of wide-eyed locals. The Grimshaw-designed museum will be the state's premier destination for all things science-related. In the museum's three-building complex, visitors will find awe-inspiring displays, from feathered oddities to mechanical artists. And looking beyond the gleaming new structure, the Frost's move from Coconut Grove to downtown represents a major cultural moment in Miami.

Here's everything you need to know before setting foot in the new Frost Museum of Science. 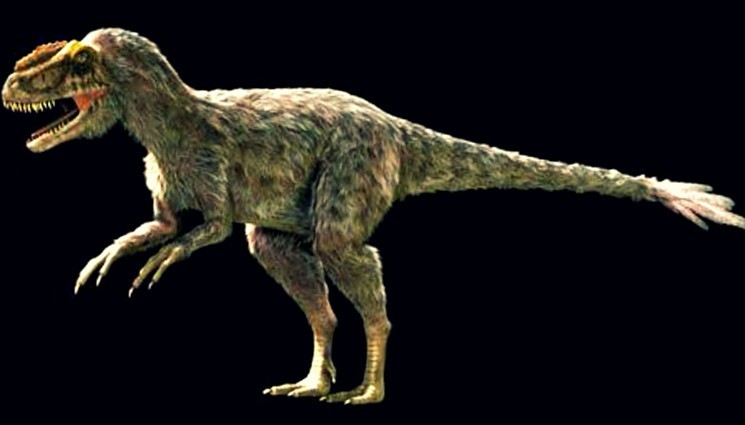 Courtesy of Australian Museum
1. Meet the Yutyrannus.
The new location will present a life-size replica of a yutyrannus, AKA the "feathered tyrant." The 30-foot-long dinosaur will be on permanent display in the exhibit "Feathers to the Stars," which chronicles the history of flight, from dinosaurs' evolution into birds to humankind venturing above the clouds. 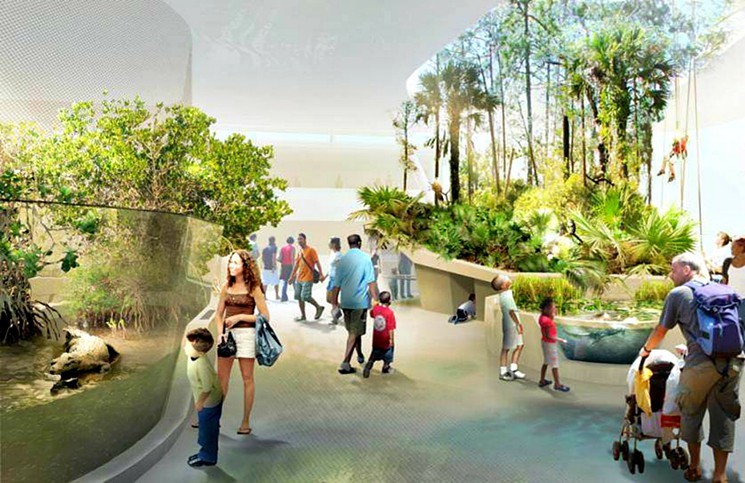 Courtesy of Thinc Design
2. Animal activists aren't pleased.
On the subject of sharped-tooth creatures, the Frost's 500,000-gallon saltwater Gulf Stream Tank will allow guests to peer into an aquarium holding a legion of Florida's most iconic marine animals. However, local activists say keeping some of these animals in captivity is inhumane. "There’s nothing natural or state-of-the-art about collecting animals for display, especially sharks and crocodiles, which do not fare well in captivity," says Wendy King, who organized an anti-captivity march against Miami Seaquarium earlier this year. 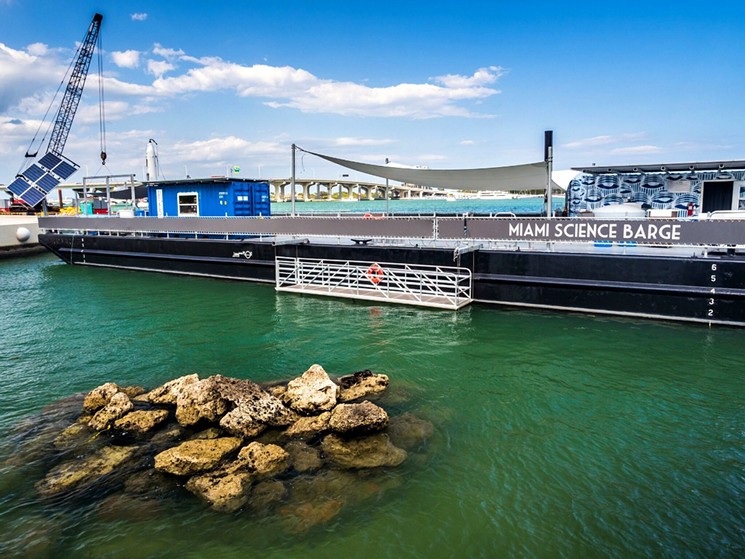 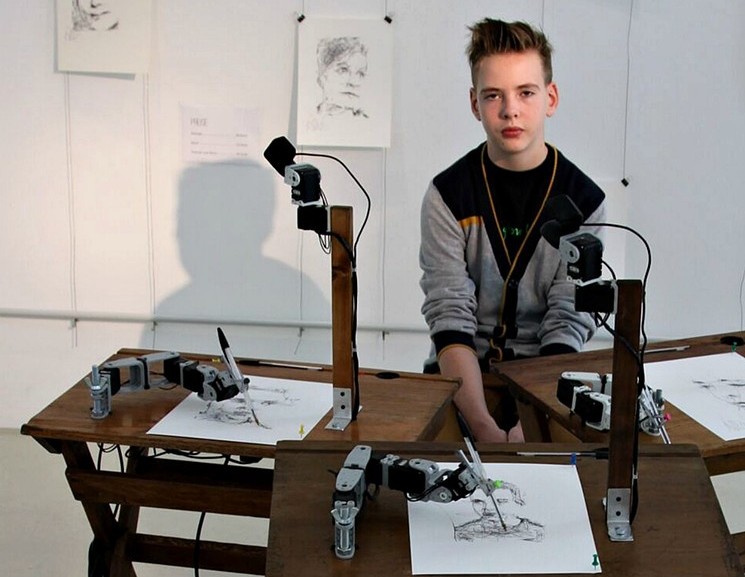 Courtesy of Science Gallery Dublin
4. Robots will sketch your face.
How do robots understand what they're viewing? The Frost's first special exhibit, "Seeing," will showcase various art installations that probe the marvels of human and mechanical vision. One installation, 20/X, gives guests a view of the world from the perspective of a computer as it navigates various algorithms to identify things. In another installation, 3RNP, three robots named Paul sketches visitors' portraits. Will a computer see you the way you see yourself? 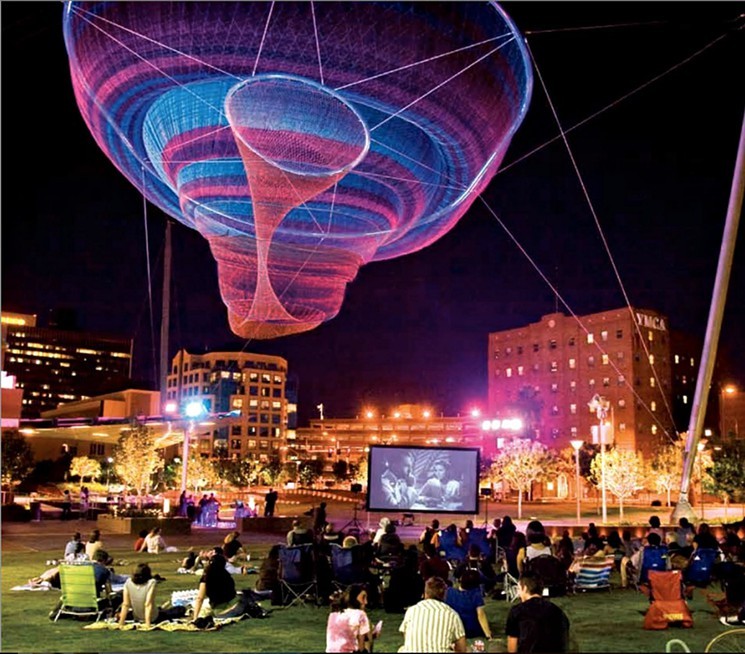 Courtesy of Janet Echelman
5. A giant net sculpture could move in next door.
Last month, Timothy Schmand, the overseer of Museum Park, showed a keen interest in bringing one of artist Janet Echelman's floating, jellyfish-looking net sculptures to Miami. Less than a week later, after more than 20 years of service, Schmand resigned during a dustup over the Rolling Loud music festival with Miami Commissioner Frank Carollo. However, before officially leaving his post, Schmand recommended that the net sculpture be placed between the Pérez and Frost Museums as a luminous bridge between art and science.

A spokesperson from the Frost says the science museum is open to collaborations in the shared space, called Knight Plaza. Pérez Art Museum Miami did not immediately respond to New Times' query about whether it would collaborate in installing the aerial sculpture.

Photo by Barry Fellman, Center for Visual Communication
6. A supersonic jet will land at the new museum.
On loan from the National Museum of the United States Air Force, a Northrop F-5B Freedom Fighter, a supersonic light fighter capable of speeds faster than 1,000 mph, will be on display when the Frost opens. The jet will be part of the "Feathers to the Stars" exhibit along with the museum's life-size yutyrannus.

Courtesy of Miami-Dade Commissioner Xavier Suarez / J.C. Garrido
7. The museum's former location will become an urban garden.
Miami-Dade officials say the science museum's former building in Coconut Grove is poised to be demolished next year. It is part of the county's plan to reunite both sides of the Vizcaya property — the Villa and the Village — an elusive set of historical buildings that abutted the science museum's campus. Proposed plans from 2015 show a blueprint in which the science museum building and planetarium are replaced with an urban garden and greenhouse.

Florida Power & Light has installed two unique solar "trees" at the Frost Science Museum. In the Knight Plaza, the unique structures use sunshine to generate zero-emissions energy. In addition, the Solar Terrace of the museum will house 240 photovoltaic solar panels, which silently generate 66 kilowatts of energy. That's enough to power 66 South Florida classrooms.

Photo by Ruth Hara / Flickr
9. The sloth is here to stay.
According to reports, the science museum's iconic giant sloth statue, which has stood beside U.S. 1 for decades, will move to Omni Park, the recently opened public space in downtown. At its new home, the big guy will stand about two blocks west of Frost Science's new location.

Courtesy of Frost Science
10. The iconic laser light show will return June 2.
For decades, the laser light show at the science museum’s Coconut Grove location was a beloved attraction among locals. The show went on hiatus in 2015 when the museum began its move to downtown. But the new location is bringing back the lasers. You can now order tickets to the first show in the state-of-the-art planetarium at frostscience.org.