Zack Bia and Mikey Chetrit World Red Eye
It's not easy having eyes all over the scene, being around to take in all the wild visuals at all the worthwhile places in the city. There are, however, those parties and gallery openings where a fortunate photographer can point and shoot. Every week, in collaboration with World Red Eye, New Times brings you a solid recap of all the recent experiences you might've missed around Miami. It's impossible to be everywhere, but, hey, we can try to keep our Eyes on Miami. 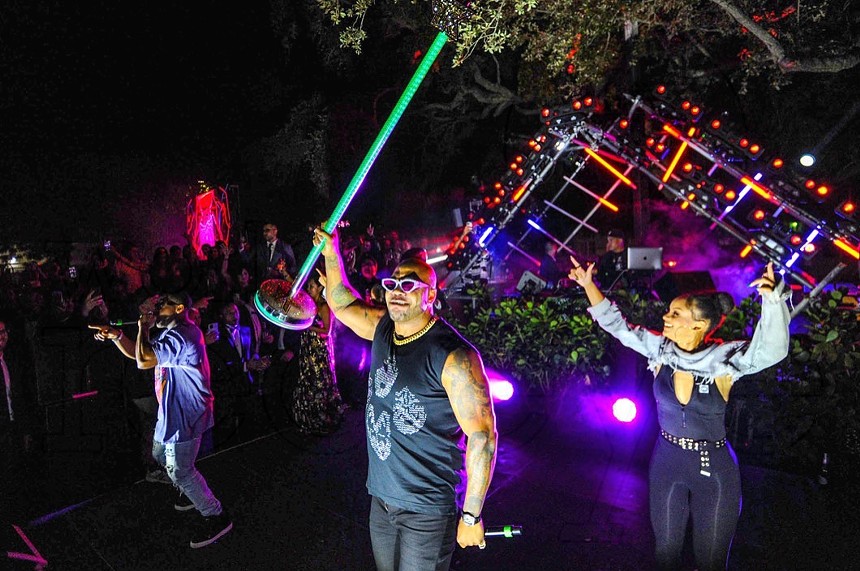 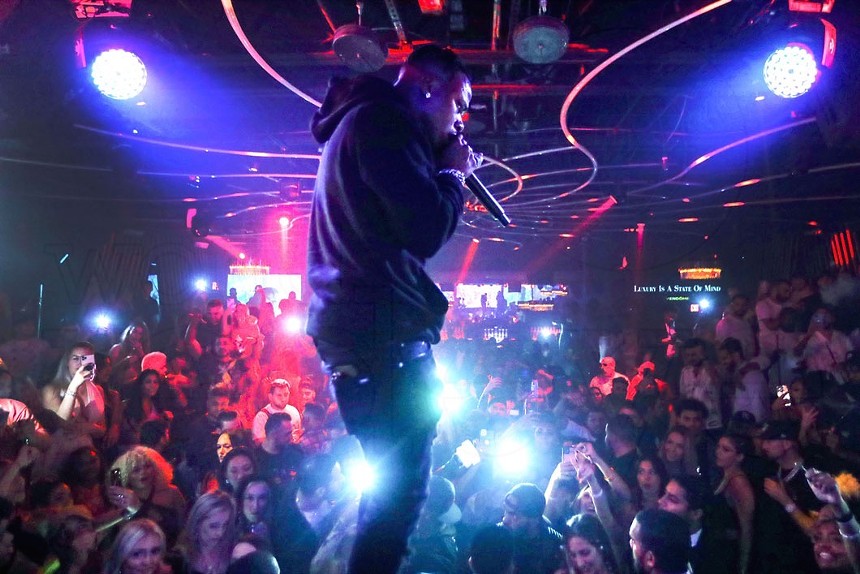 DaBaby brought the party to Vendôme on Saturday night when he took over the club to perform his notorious rap songs that had everyone in the "dome" hyped up for the night.

On Saturday, November 8, Make-A-Wish Southern Florida and InterContinental Miami raised an excess of $2.7 million at the 26th annual InterContinental Miami Make-A-Wish Ball, headlined by acclaimed singer and actress Jennifer Hudson. Actress and filmmaker Gabrielle Anwar made her return as celebrity emcee of the Ball, which was chaired by her husband, philanthropist Shareef Malnik.

Story Saturdays was an absolute movie over the weekend, as Gucci Mane took over the club with an insane performance, while Future and Tory Lanez partied along in the crowd and got lit with friends in the VIP.

It was an iconic start to the weekend at LIV on Friday night, as Zack Bia took over the decks at the club to hype up partygoers with his set. Travis Bennett, Bendadonnn, and Fai Khadra were also spotted in the DJ booth enjoying the night and getting lit with friends.

On Saturday night, Rick Ross held it down for partygoers who wanted to live it up at the 24-hour nightclub, E11even The iconic hip-hop artist put on a lit performance when he took over the stage and made it rain all night long.

DC Pie Co. was the place to be on Thursday evening, as guests headed to the famed pizza joint to experience a karaoke night like no other. Dominic Cavagnuolo, the man behind the eatery, sang along to classic songs with friends and encouraged them to enjoy his delicious Brooklyn-style pizza.

It was everyone’s favorite night of the week at Kiki on The River on Sunday. The modern Greek restaurant was packed from wall to wall as guests closed out the weekend with delicious food, endless bottle parades, and a wonderful atmosphere.

Guests headed to Komodo for a dinner party like no other before heading to the upstairs lounge of the restaurant, where they found DJ Don Hot throwing it down from the DJ booth.

The weekend festivities were in full effect on Friday night at Swan, as guests headed to the trendy restaurant and lounge to let loose and party the night away.
KEEP MIAMI NEW TIMES FREE... Since we started Miami New Times, it has been defined as the free, independent voice of Miami, and we'd like to keep it that way. With local media under siege, it's more important than ever for us to rally support behind funding our local journalism. You can help by participating in our "I Support" program, allowing us to keep offering readers access to our incisive coverage of local news, food and culture with no paywalls.
Make a one-time donation today for as little as $1.