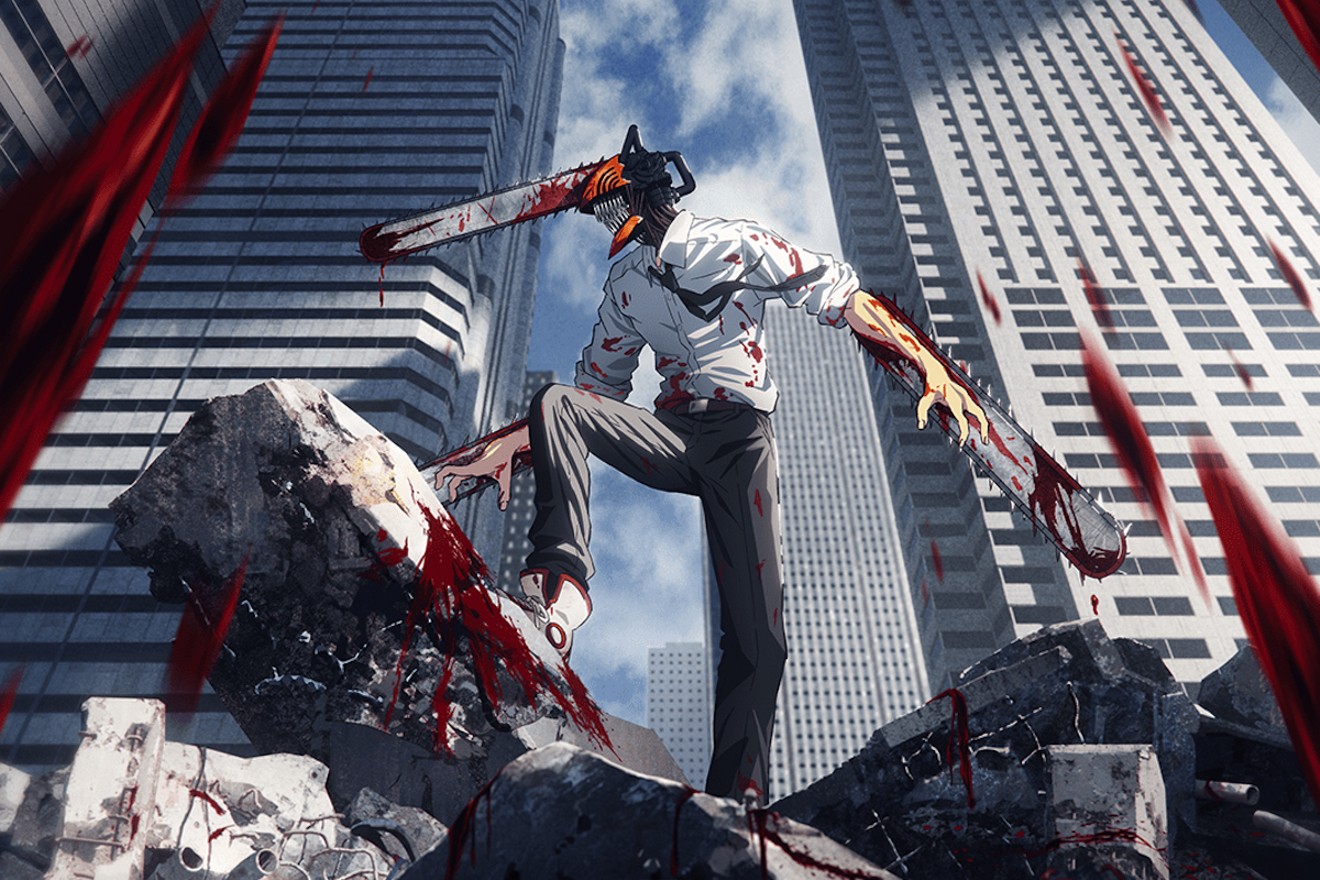 The voice cast of the English dub of Chainsaw Man will appear at Florida Supercon this summer. ©Tatsuki Fujimoto/SHUEISHA, MAPPA
If you're any kind of nerd, geek, or otaku and unaware of Chainsaw Man, you've been living under a rock.

Based on Tatsuki Fujimoto's best-selling manga, the anime was an instant hit last fall when it streamed on Crunchyroll, with outlets as diverse as Polygon and Esquire declaring it the best of the year. And this summer, Chainsaw Man fever will slice through Miami. Florida Supercon has announced it's bringing the anime's English dub cast to the state's largest annual comics and pop culture convention. Those set to appear include Ryan Colt Levy (Denji), Regan Murdock (Aki), and Sarah Wiedenheft (Power).

Both the manga and anime follow Denji, an orphaned teenager in desperate poverty who makes a Faustian bargain with his pet, Pochita, the chainsaw devil, in order to become a demon-hunting, chainsaw-wielding, super-powered anti-hero. That may sound like a typically ridiculous anime premise, but Fujimoto's work, vividly realized in animation by Studio MAPPA, has won high praise for its extraordinary characterization and dark, conspiratorial plot, which sees Denji sink deeper and deeper into the clutches of a shadowy government agency as he seeks to lead some semblance of an ordinary youth.

The anime's English dub voice cast will head to Supercon for panels, autograph sessions, and photo ops, along with plenty of other guests to be announced before the show takes over Miami Beach Convention Center from June 30 to July 2. Some of last year's guests included voice actors from Avatar: the Last Airbender and One Piece, YouTubers such as Trash Taste and AmaLee, and famous figures from the world of comic books. Though there's still plenty of room for traditional nerd culture, Supercon has also done plenty in recent years to expand its coverage of Asian pop culture with manga libraries, K-pop dance events, and other experiences. There are also dedicated spaces and events for LGBTQ fans.

Single and multiday passes for Florida Supercon go on sale at 1 p.m. on Thursday, January 19.

Florida Supercon. Friday, June 30, through Sunday, July 2, at Miami Beach Convention Center, 1901 Convention Center Dr., Miami Beach; floridasupercon.com. Tickets go on sale at 1 p.m. Thursday, January 19.
KEEP MIAMI NEW TIMES FREE... Since we started Miami New Times, it has been defined as the free, independent voice of Miami, and we'd like to keep it that way. With local media under siege, it's more important than ever for us to rally support behind funding our local journalism. You can help by participating in our "I Support" program, allowing us to keep offering readers access to our incisive coverage of local news, food and culture with no paywalls.
Make a one-time donation today for as little as $1.