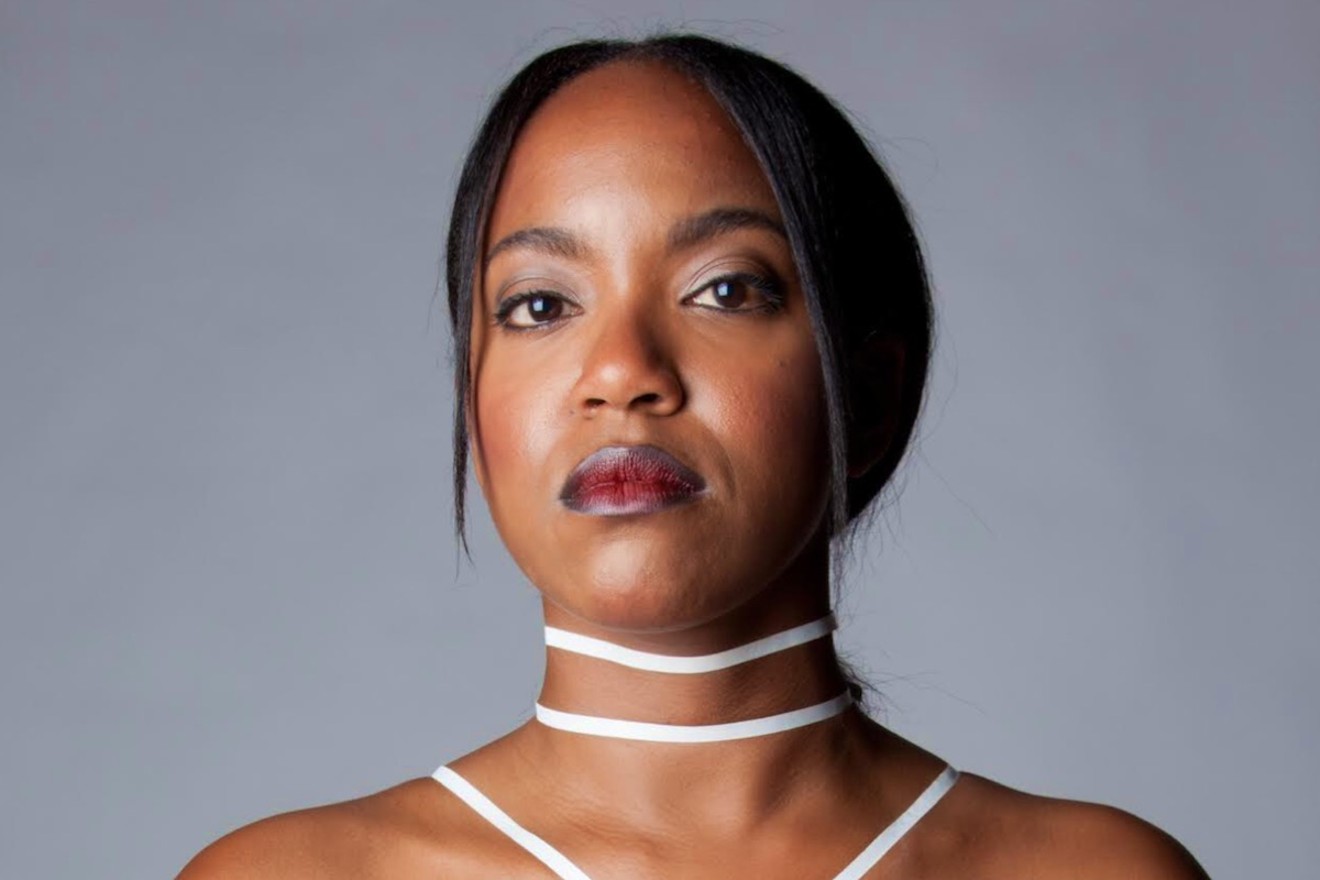 Whitney White wrote it, and now she'll star in it. By the Queen musically zooms in on Shakespeare staple Margaret at Miami Theater Center. Photo by Lena Wunderlich
Ol' Billy Shakespeare’s works include some bad-ass ladies, and actor/director/musician extraordinaire Whitney White is bringing them to life in a rocking fashion. Her first work, Macbeth in Stride, zoomed in on the fall of Lady M, and now her latest musical extravaganza, By the Queen, is set to own the stage at Miami Theater Center as part of the venue’s Sandbox Series.

The piece follows the rise and fall of a regular Shakespeare character, Queen Margaret, set to a backdrop of Janis Joplin and '70s funk star Darondo.

“Margaret is an awesome lady... She survives four Shakespearian plays, and there is no one quite like her,” says White, a Brooklyn resident who's making her Miami debut. “Her story is lesser known, which can make it a little challenging. But this is the architecture of a lady who never dies and kicks ass and takes names.”

So what will you see and experience during By the Queen? Expect White and her guitarist to be set up in a concert-like fashion in the intimate space. It’s essentially a concert spotlighting White’s wildly diverse capabilities, but one in which you also slowly realize a play is happening before your eyes. The songs tell Margaret’s story, from being taken as a young girl to being a force on the battlefield.

“There’s a lot of energy,” White says, “and I wanted it to be exciting. I always ask myself: Can my mom come, and will she love it? I definitely feel that way here.”

By the Queen marks White’s second dive into blending the Bard and modern music. The idea came to her when she was in Brown University’s master of fine arts program. Macbeth in Stride followed the descent of Lady M set to the jams of Ike and Tina Turner.

As for what could be next in the string of Shakespeare shows?

“I’ve been looking at Emilia [Iago’s wife in Othello],” White says. “That theme is ‘What makes us lie to the people we love when it causes them so much harm?’ I’ve been thinking about Juliet as well, but I just don’t connect with her quite as much. I know people love her too, so we may get there.”

By the Queen. 8 p.m. Friday, May 25, and select dates through June 9 at Miami Theater Center, 9806 NE Second Ave., Miami Shores; 305-571-9550; mtcmiami.org. Tickets cost $25.
KEEP MIAMI NEW TIMES FREE... Since we started Miami New Times, it has been defined as the free, independent voice of Miami, and we'd like to keep it that way. With local media under siege, it's more important than ever for us to rally support behind funding our local journalism. You can help by participating in our "I Support" program, allowing us to keep offering readers access to our incisive coverage of local news, food and culture with no paywalls.
Make a one-time donation today for as little as $1.