Photo by Daniella Mía
As summer heats up, you're probably looking to get loose, and there's no bigger party this weekend than Mix Live, a Latin music concert at the American Airlines Arena featuring superstars such as Ozuna, Karol G, and Natti Natasha. If you really want to get litty, pregame at the Wharf that day at the bar's National Rosé Day Festival. Then complete the weekend festivities at Mama Tried and Las Rosas' anniversary parties Saturday and Sunday, respectively.

Here are the best events happening in Miami this weekend.

The National YoungArts Foundation almost always has something going on. This Friday is no exception. To mark the culmination of his YoungArts residency, Emmy Award-winning composer and musical extraordinaire Lance Horne will present a multigenre sneak peek of his newest composition, Revelations. In the following months, it will be performed by a number of YoungArts alumni vocalists, but you can experience it Friday for the first time. 7 p.m. Friday at Ted's at YoungArts, 2100 Biscayne Blvd., Miami; eventbrite.com. Admission is free.

Remember Debbie Deb? The Brooklyn-bred, Miami-made freestyler gave us goodies such as the infectious "Lookout Weekend" and "When I Hear Music." At Sweat Records this Friday, you can snag her long-lost freestyle hit "Everybody's Jammin'?" on vinyl for the first time. To celebrate, Arthur Baker, Romulo, and Phaxas will spin, and fog machines and laser rays will make the experience that much more awesome. 7 p.m. Friday at Sweat Records, 5505 NE Second Ave., Miami; sweatrecordsmiami.com. Admission is free. 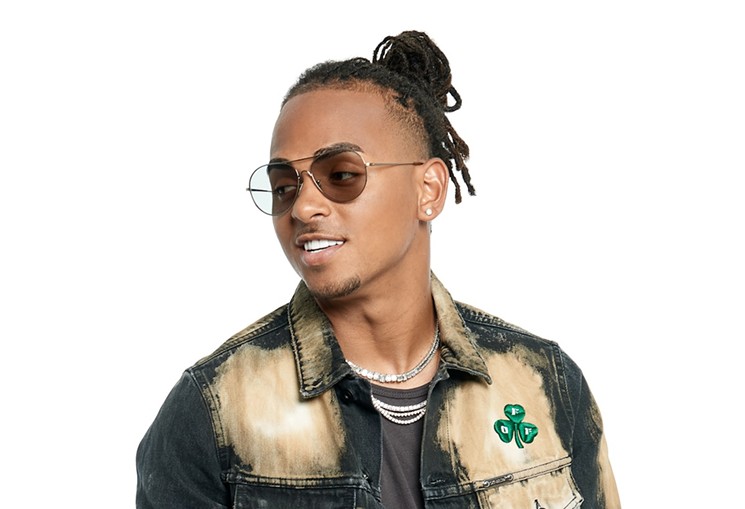 You probably know about Spotify. But do you know about Uforia? It's basically the Latin version of Spotify and will expose you to the music of all the artists you love and the ones you haven't yet discovered. This Saturday, Uforia will host the massive show Mix Live, bringing together many beloved Latin artists under one roof. Among the stars you can catch are Ozuna, Anuel AA, Zion & Lennox, Karol G, Natti Natasha, and Darrell. 7 p.m. Saturday at American Airlines Arena, 601 Biscayne Blvd., Miami; aaarena.com. Tickets cost $49 to $149 via ticketmaster.com.

One of the masterminds behind Hedwig & the Angry Inch is coming our way. For one night only, Hedwig co-creator John Cameron Mitchell is bringing songs and stories from the beloved show to the Arsht Center. He'll be joined onstage by the stellar singer Amber Martin. In addition to faves from the show, he'll preview tunes from his new podcast, Anthem, which also includes the likes of Glenn Close and Patti LuPone. 8 p.m. Saturday at Adrienne Arsht Center for the Performing Arts, 1300 Biscayne Blvd., Miami; arshtcenter.org. Tickets cost $35 to $99.

Quentin Tarantino's Once Upon a Time in Hollywood is one of the most anticipated films of the summer movie season. But before the auteur's film premieres in late-July, Coral Gables Art Cinema wants to reminisce about what is arguably Tarantino's best film so far, Inglourious Basterds. If you missed it in theaters when it premiered a decade ago, this is the perfect opportunity to catch it on the big screen. And if you're just fixing for a gratuitous revenge fantasy, you should snag a ticket too. 10:45 p.m. Saturday at Coral Gables Art Cinema, 260 Aragon Ave., Miami; gablescinema.com. Tickets cost $8.

The Wharf
Photo by Branden Paillant
Wanna rosé all day? Well, if there's any day to do just that, it's this Saturday, National Rosé Day. To celebrate, the Wharf is hosting the National Rosé Day Festival, which will boast more than 50 wineries and 100 rosés for your vino-loving self to enjoy. Beginning at noon, you can snag a bottle starting at $20. Kid Nemesis will provide the tunes, and plenty of food vendors will balance out the bubbles. Noon Saturday at the Wharf Miami, 114 SW N. River Dr., Miami. Admission is free; RSVP via eventbrite.com.

The organizers of Miami's popular Daybreaker parties have proven they know how to throw an early-morning spectacle. Now the group is exploring dusk. This Saturday evening at Palapa in Upper Buena Vista, surrounded by earthiness and oodles of old trees, Dusk: Panchangamama will happen. Expect yoga from Megan Eastman, a big dance party with Kunal Chohan, and free kombucha and bites from Manitoba Harvest (while supplies last). This is an alcohol-free party, so save the shots for later. 7 to 10 p.m. Saturday at Palapa, 184 NE 50th Ter., Miami. Tickets cost $15 to $25 via eventbrite.com.

Merle Haggard's song "Mama Tried" is about a mother failing to steer her son in the right direction. His mama probably wouldn't have encouraged him to head downtown for a two-hour open bar, but we're not Merle Haggard's mama, so we're here to say you should get in on those free drinks. Mama Tried is giving away free booze at its Mamaversary party, celebrating the bar's first anniversary. The first guests to arrive will also receive a limited-edition Mama Tried T-shirt, so get there on time. 9 p.m. Saturday at Mama Tried, 207 NE First St., Miami; mamatriedmia.com. Admission is free.

The folks behind the Starseed Music and Arts Festival believe music is vital in reaching higher vibrations. So let's all jam out and get on their level. This Saturday, a number of rad musicians and artists will converge on the Barnacle Historic State Park to create an out-of-this-world, artsy experience. In addition to a beer garden and a botanical bar serving cacao, kava, and other herbal concoctions, expect jams and art from the likes of bohemian rocker Megan Morrison, Marvin Raphael Delgado, and Alvin Surreal. 2 to 10 p.m. Saturday at the Barnacle, 3485 Main Hwy., Coconut Grove. Tickets cost $25 via eventbrite.com. 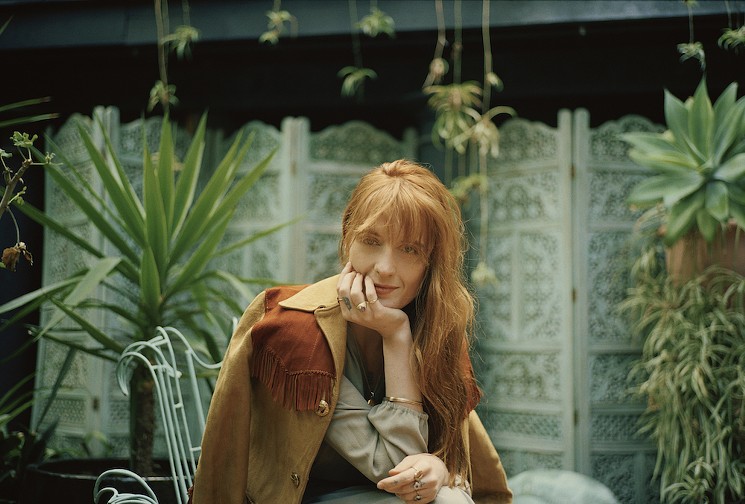 Like the indie-rock goddess she is, Florence Welch and her rockin' machine will soon land in Miami. That's right, Florence + the Machine will play the 305 Sunday evening. Since dropping the multiplatinum Lungs ten years ago, the English band has become a global phenomenon. Its anthemic hits include "Dog Days Are Over," "Shake It Out" and "Hunger." For the group's latest, listen to 2018's High as Hope before the show. 6:30 p.m. Sunday at American Airlines Arena, 601 Biscayne Blvd., Miami; aaarena.com. Tickets start at $30 via ticketmaster.com.

A happy second anniversary to Las Rosas! To celebrate the milestone, the Black Market and Gender Blender will host a unique takeover of the Allapattah bar. At its core, the event will boast awesome tunes, delightful drag, and a unique batch of vendors. Among the performers you can catch are drag stars Lady Paraiso and Karla Croqueta and bands Grinder 6, Ghostflower, and Donzii. 7 p.m. Sunday at Las Rosas, 2898 NW Seventh Ave., Miami; lasrosasbar.com. Admission is free.
KEEP MIAMI NEW TIMES FREE... Since we started Miami New Times, it has been defined as the free, independent voice of Miami, and we'd like to keep it that way. With local media under siege, it's more important than ever for us to rally support behind funding our local journalism. You can help by participating in our "I Support" program, allowing us to keep offering readers access to our incisive coverage of local news, food and culture with no paywalls.
Make a one-time donation today for as little as $1.