The 15 Best Things to Do This Week 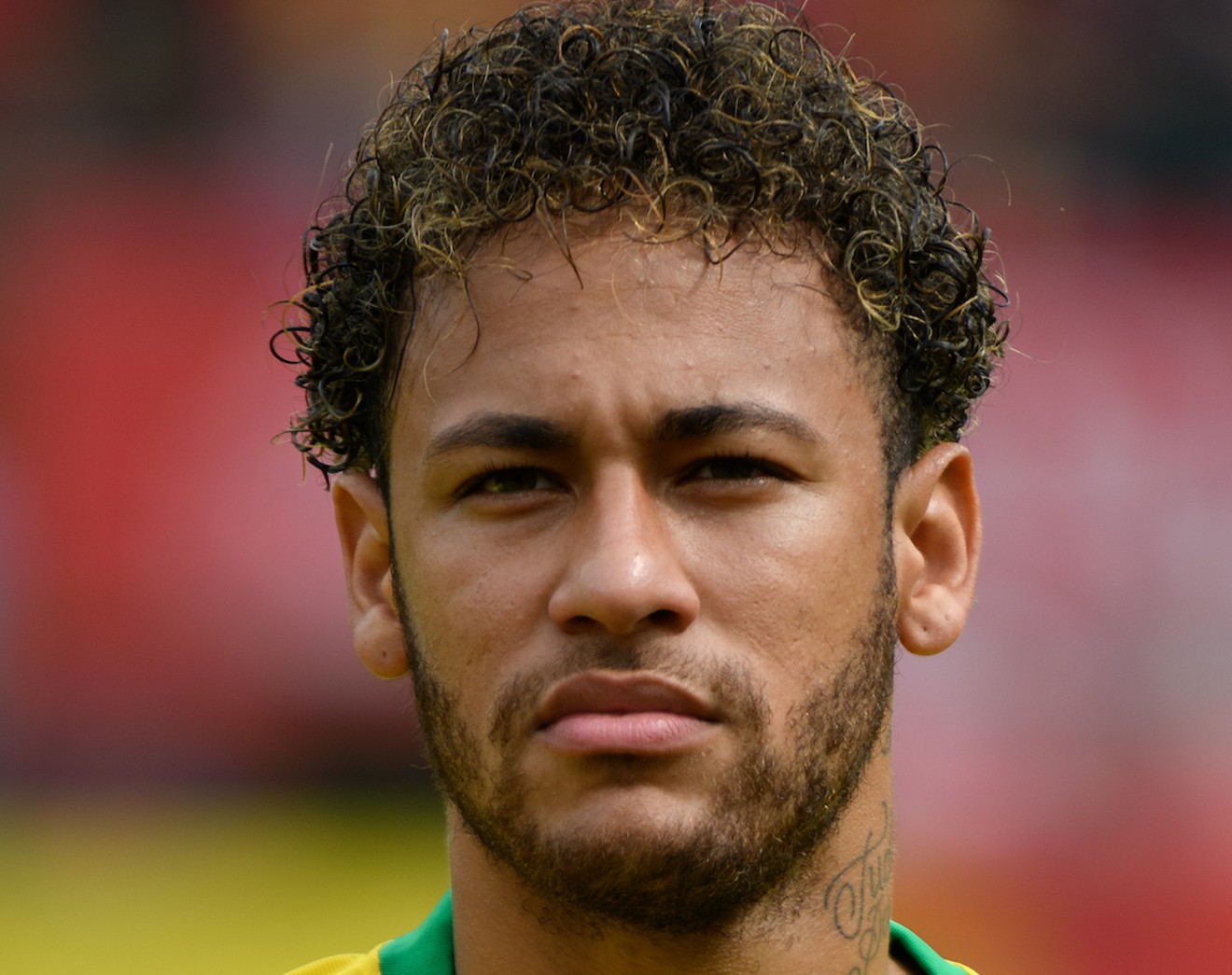 There aren't too many places where you can party at a fountain and get away with it. Thursday evening, head to Normandy Fountain for Endless Summer: Reggae Legends Tribute. Among the activities you can enjoy will be two sets by reggae band Marquise Fair; bites from Miami Smokers, 222 Taco, and Icestasy; and pop-up vendor experiences. 7 to 10 p.m. Thursday at Normandy Fountain, 7802 Rue Vendome, Miami Beach. Admission is free; RSVP via eventbrite.com.

South Florida doesn't get to see a soccer game like this too often — let alone in our backyard. The number two and eight teams in the world — Brazil takes on Colombia — are set to square off Friday evening. Brazil boasts a whopping 19-3-3 record against Colombia, so this is shaping up to be a classic David-versus-Goliath showdown. 8 p.m. Friday at Hard Rock Stadium, 347 Don Shula Dr., Miami Gardens. Tickets cost $37 to $207 via ticketmaster.com.

DJs come and go with one or two hits, but Paul Oakenfold has been around for decades. The 55-year-old DJ/producer extraordinaire has three studio albums under his belt (including 2014's Trance Mission) and has churned out countless mixes and singles throughout his years in the biz. He'll perform at Treehouse this Friday night, and there will be no shortage of tunes from which to choose. 11 p.m. Friday at Treehouse, 323 23rd St., Miami Beach. Tickets cost $15 to $25 via eventbrite.com.

For the past three years, the Arsht Center has previewed its fall arts season with ArtsLaunch, a free event packed with performances, workshops, a farmers' market, tours, and other diversions. Among the activities this year are a public flamenco lesson with Siudy Garrido, a mini-performance by the Miami Symphony Orchestra, and Hamilton karaoke. 9 a.m. to 8 p.m. Saturday at the Adrienne Arsht Center for the Performing Arts, 1300 Biscayne Blvd., Miami; arshtcenter.org. Admission is free.

Alejandro Sanz turned 50 years old in December, and the Latin music sensation is showing no signs of slowing down. In April, the multiplatinum artist released his 12th studio album, #ElDisco. This weekend, he'll play two shows at the AA Arena, so be sure to catch at least one. 7:30 p.m. Saturday and Sunday at American Airlines Arena, 601 Biscayne Blvd., Miami; aaarena.com. Tickets cost $140.95.

Among the supergroups you should know about is Midnight Hour. You'll want to hear this blend of old-school hip-hop and modern sounds courtesy of A Tribe Called Quest's Ali Shaheed Muhammad, megaproducer Adrian Younge, and a jazzy orchestra of ten musicians. For a preshow pump-up, give the group's self-titled debut a few spins. 8 p.m. Saturday at Gramps, 176 NW 24th St., Miami. Tickets cost $15 to $20 via eventbrite.com.

If you can't catch Brazil's soccer team take on Colombia this weekend, another Brazilian gem is in town. Daniela Mercury is a singer, actress, and TV host who has sold more than 20 million albums since 1991. Among the songs you'll want to play on repeat to gear up for the gig are "Swing da Cor," "Mutante," "Rapunzel," and "O Canto da Cidade." 8 p.m. Saturday at the Fillmore Miami Beach, 1700 Washington Ave., Miami Beach. Tickets cost $64 to $84 via livenation.com.

One of the longest-running festivals in Miami-Dade is returning. Hialeah Fest began presenting local music in 1994, and after going on hiatus in 2013, it's back to celebrate Churchill's 40th anniversary. Among the bands you can jam to on a very active Saturday are Humbert, Afrobeta, Electric Piquete, the Brand, H-OM, Nag Champayons, Laboratory, Dama Vicke, and many others. 9 p.m. Saturday at Churchill's Pub, 5501 NE Second Ave., Miami; churchillspub.com. Tickets cost $7. 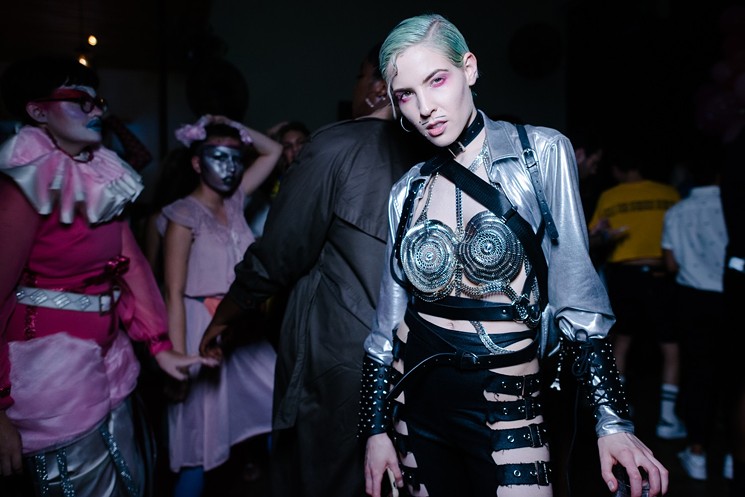 Dorian Electra sure as hell isn't afraid to be who they are. And neither should you when you rock out at their Gramps show Sunday evening. The multitalented artist has never been afraid of tackling gender issues in a fun way, with songs such as "Clitopia," "Daddy Like," and "Femmebot." Their Flamboyant Tour bears the same name as Electra's latest album, which was released in July. 7:30 p.m. Sunday at Gramps, 176 NW 24th St., Miami. Tickets cost $10 to $15 via eventbrite.com.

Perhaps you've seen some stellar art out in the community since July. That's courtesy of the Commuter Biennial. The public exhibition this summer has transformed unconventional locations such as bus stops and fields into thought-provoking and reflective spaces. Artist Juan Landaverde, whose work is on display outside Schnebly Redland's Winery, will discuss his contribution to the project. Noon Sunday at Schnebly Redland's Winery, 30205 SW 217th Ave., Homestead. Admission is free; RSVP via eventbrite.com.

In the mid-20th Century, Havana became a mecca for A-list actors and directors who headed to the Cuban capital to film movies. This Sunday, enjoy a special tour of the Wolfsonian's latest cultural exhibit exploring that time period, featuring celebrity caricatures by artist Conrado W. Massague. From there, head to the Miami Beach Cinematheque for a screening of the 2018 documentary Errol Flynn's Ghost: Hollywood in Havana. 4 p.m. Sunday at the Wolfsonian-FIU, 1001 Washington Ave., Miami Beach; miamibeachfilmsociety.memberlodge.org. Tickets cost $11.

Perhaps you've seen Rick Ross around the 305, but have you ever met him? Here's your chance. Monday evening on Miami Dade College's Wolfson Campus, the hip-hop star will discuss and sign his new book, Hurricanes: A Memoir. It's a memoir loaded with tales of his Coral City upbringing and his subsequent rap career. 7:30 p.m. Monday at Miami Dade College Wolfson Campus, Chapman Conference Center, 300 NE Second Ave., Building 3, Second Floor, Miami. Tickets cost $27.99 via eventbrite.com.

Remember Rilo Kiley? The indie-rock band was the epitome of hipster cool in the early 2000s. Its lead singer, Jenny Lewis, is still rockin', and she'll play an intimate show at Revolution Live in Fort Lauderdale Tuesday evening. To catch Lewis' vibe, listen to her newest LP, On the Line, which dropped in March and was produced in part by Beck and Shawn Everett, among others. 7 p.m. Tuesday at Revolution Live, 100 SW Third Ave., Fort Lauderdale; jointherevolution.net. Tickets cost $27.50.

On the shortlist of artists who have captivated the world this year, Lizzo takes the top spot. Sure, the Detroit singer, rapper, and flutist has been churning out feel-good jams since 2010, but it was her latest album, Cuz I Love You, that took her career to new heights. Her hit "Juice" is a winner, as are her collaborations with Missy Elliott on "Tempo" and with Gucci Mane on "Exactly How I Feel." Get ready for an epic "Truth Hurts" sing-along. 8 p.m. Wednesday at the Fillmore Miami Beach, 1700 Washington Ave., Miami Beach; livenation.com. Tickets are sold out.