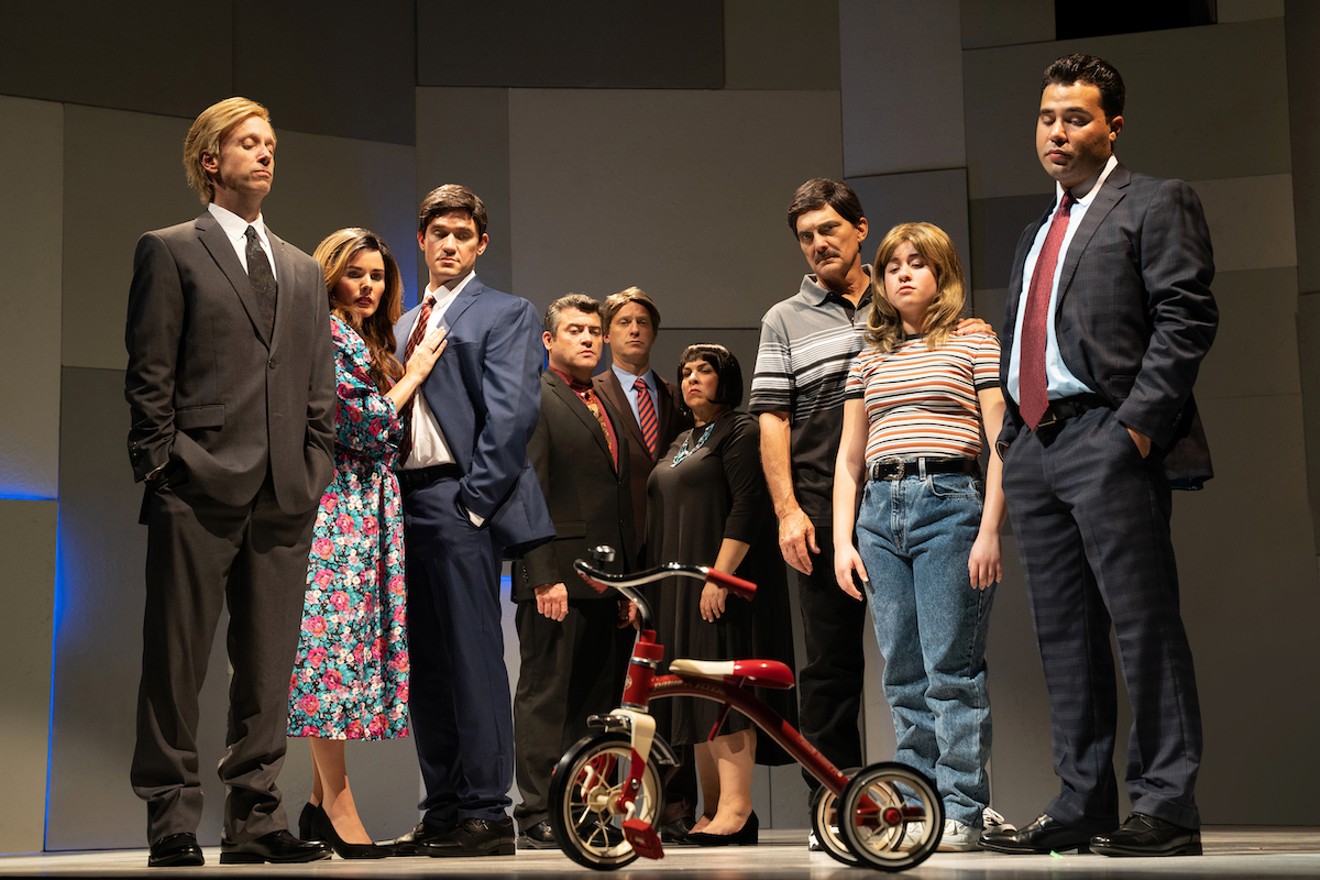 On Monday, Gramps hosts its weekly karaoke night, Let's Sang, welcoming amateur vocalists to sing their hearts out to some of their favorite tracks. Get together with your friends or mingle with the crowd as you do your best Robert Smith and Annie Lennox — with more than 44,000 songs to choose from, the sky's the limit. Don't have the courage to grab the mic? Luckily, Gramps serves stiff drinks like its Moscow mule and Dark 'n' Stormy. 9 p.m. Monday, at Gramps, 176 NW 24th St., Miami; 855-732-8992; gramps.com. Admission is free. Sophia Medina 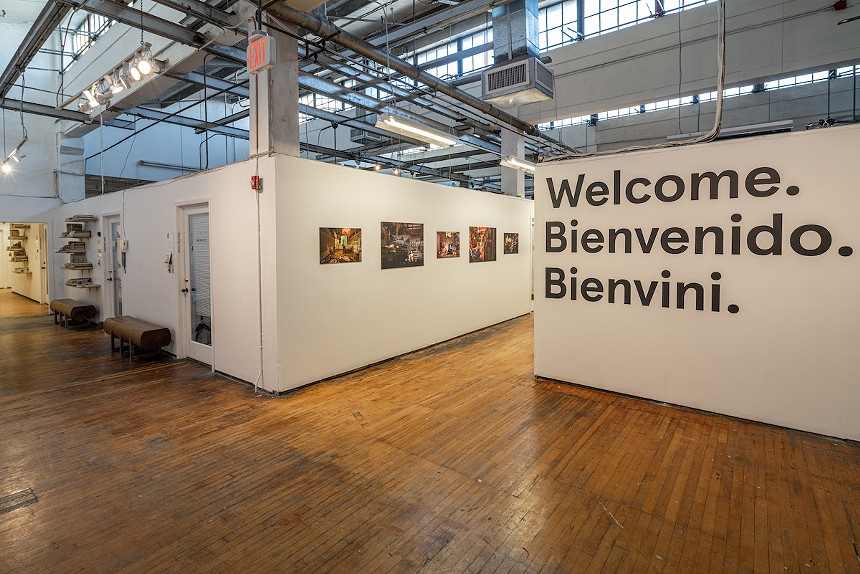 The pandemic has changed the way we work. From hybrid structures to work-from-home jobs, there's no denying workplaces are adapting to this new world. On Tuesday, join From Day One, a forum on corporate values, for "Workers and the Corporate Values Revolution," a one-day conference where top human resources executives and leading thinkers will discuss these new methods of work and what it means to create equity in a hybrid environment. 8:30 a.m. to 5:30 p.m. Tuesday, at Rubell Museum, 1100 NW 23rd St., Miami; fromdayone.co. Tickets cost $399 via eventbrite.com. Ashley-Anna Aboreden

You're invited to Bakehouse Art Complex on Tuesday night for its Fall Exhibition Opening Reception. This season, the art incubator will exhibit site-specific installations by artists such as Chris Dougnac, Gabriela García, Autumn Casey, and Cynthia Cruz. Also on view in the garden is "New Topographies: 25.7617° N, 80.1918 W°," a group of digital prints that combines archives, photography, and found materials. With Miami Art Week right around the corner, now's the time to take a peek at what the art scene has to offer before the crowds arrive. 6 to 9 p.m. Tuesday, at Bakehouse Art Complex, 561 NW 32nd St., Miami; 305-576-2828; bacfl.org. Admission is free. Sophia Medina

The Biltmore invites wine connoisseurs to indulge in its Chateau d'Esclans Wine Dinner. Diners will experience an in-depth culinary experience exploring the aromas of the Chateau d'Esclans, best known for its Whispering Angel rosé. At the hotel's fine-dining Italian restaurant Fontana, the wine will be paired with food that helps enhance the palate and heighten taste buds. 7 p.m. Tuesday, at the Biltmore, 1200 Anastasia Ave., Coral Gables; 305-445-1926; biltmorehotel.com. Tickets cost $189.23 via eventbrite.com. Sophia Medina

Halloween may be over, but it is never too late to get your spook on at Vizcaya Museum & Gardens. For its Vizcaya Late Movie Night, guests are invited to watch the 1991 film The Addams Family. Everyone's welcome to come dressed as their favorite Addams as they watch the movie starring Angelica Houston as Morticia Addams, Christopher Lloyd as Uncle Fester, and Christina Ricci as Wednesday. Food truck vendors Bahama Mama Bahamian Cuisine, the Brothers Kitchen Grill, and Wholly Smokes BBQ will be onsite to feed hungry moviegoers. 6 to 9 p.m. Wednesday, at Vizcaya Museum & Gardens, 3251 S. Miami Ave., Miami; 305-250-9133; vizcaya.org. Tickets cost $5 to $10 via eventbrite.com. Sophia Medina 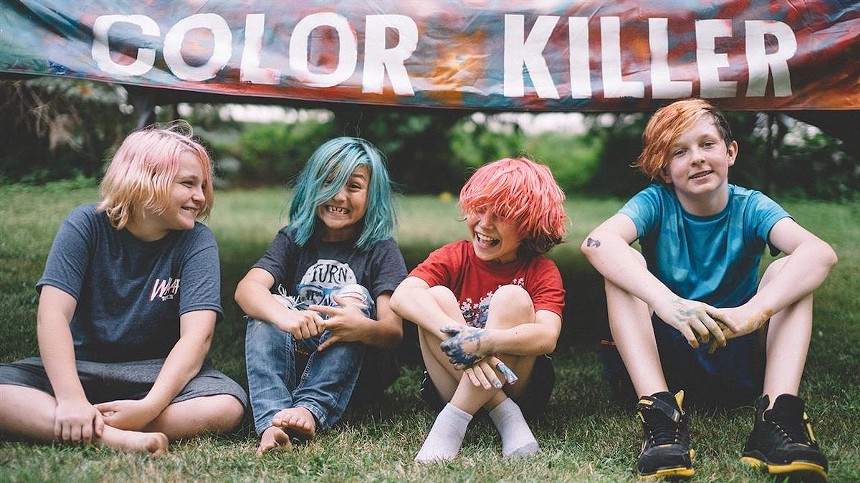 Miami has film festivals devoted to Pan-American, Jewish, and queer cinemas — hell, there's even a short film festival. So it's only fair that kids have one to call their own. On Thursday, Coral Gables Art Cinema kicks off its ninth-annual Miami Children's Film Festival. The art-house theater will present four days of family-friendly, critically acclaimed films. The lineup includes the documentary Yung Punx: A Punk Parable, the stop-motion animated film Oink, and the Florida premiere of the animated movie Best Birthday Ever. Families can enjoy a free street festival along Aragon Avenue on Saturday, while Sunday brings a closing party on the plaza. Thursday through Sunday, at Coral Gables Art Cinema, 260 Aragon Ave., Coral Gables; 786-472-2249; gablescinema.com. Admission is pay-what-you-can for screenings. Ashley-Anna Aboreden

If you haven't seen Miami New Drama's new production Elián yet, now's your last chance. The play by Rogelio Martinez, which wraps up on November 20, tells the story that most Miamians, especially Cuban exiles, are familiar with. The international custody battle is given a more nuanced look in Martinez's play — perhaps only something like the passage of time could have allowed. The show is ultimately less about Elián, who is only seen in projections, and more about the people in his orbit, particularly those who sought to use his story for their own gain (like Roger Stone), as well as the media frenzy. 8 p.m. Thursday through Saturday and 3 p.m. Sunday, at Colony Theatre, 1040 Lincoln Rd., Miami Beach; 305-674-1040; miaminewdrama.org. Tickets cost $46.50 to $76.50. Jose D. Duran

Are you still playing "Tití Me Preguntó" on repeat? Then head to Gramps on Thursday night for Noche de Verano Sin Ti, a celebration of Bad Bunny, where you can dance all night long to the Puerto Rican singer's biggest hits, including cuts from his latest album, Un Verano Sin Ti. Spinning the nonstop reggaeton is New York City selector Honey Cafe. The party itself travels all across the U.S., bringing together Benito's biggest fans for a nonstop singalong. 8 p.m. to 1 a.m. Thursday, at Gramps, 176 NW 24th St., Miami; nochedeveranosinti.com. Tickets cost $15 via eventbrite.com. Sophia Medina

Skaters, it's time to grab that board and wheel over to the third-annual Skate Free Miami Open. Riders are invited to compete to win $10,000 in prize money. The street contest will host different categories wherein skaters can showcase their strengths, including best tricks and freestyle riding. Plus, contestants will be able to meet other riders with the same passion, including last year's top five semifinalists: Jiro Platt, Michael Premet, Mike Piwowar, Landon Swan, and Andreas Alvarez. Don't miss out on the chance to become this year's ultimate skater. 10 a.m. to 6 p.m. Friday and 9 a.m. to 3 p.m. Saturday, at Lot 11 Skatepark, 348 NW 2nd St., Miami; 754-300-9912; skatefree.org. Register via theboardr.com. Sophia Medina

On Friday, Latin music icon Marc Anthony takes the stage at FTX Arena for the first of two back-to-back shows. The concert is part of his Viviendo Tour, which kicked off last month in Las Vegas. In March, Anthony released his 13th studio album, Pa'llá Voy, which peaked at number three on Billboard's Tropical Albums chart. With a career spanning back to the late 1980s, the singer has scored many Spanish- and English-language hits, including "Y Hubo Alguien," "Contra la Corriente," "I Need to Know," and "Vivir Mi Vida." 8 p.m. Friday and Saturday, at FTX Arena, 601 Biscayne Blvd., Miami; 786-777-1000; ftxarena.com. Tickets cost $71 to $207 via ticketmaster.com. Ashley-Anna Aboreden

Canadian singer-songwriter Jessie Reyez stops by Oasis Wynwood on Friday as part of her Yessie Tour. Reyez rose to stardom on the heels of the single "Figures," which went platinum in both her home country and the U.S. (Luis Gomez caught up with Reyes in 2020 for this profile.) After the release of her debut EP, Kiddo, she earned several nominations at the 2018 Juno Awards, ultimately winning for "Breakthrough Artist." Her other releases include 2018's Being Human in Public EP; the 2020 debut album, Before Love Came to Kill Us; and her latest release, Yessie. She is recognized for tracks such as "Promises," her collaboration with English singer Sam Smith; "Only One"; and "Forever," featuring 6lack. 8 p.m. Friday, at Oasis Wynwood, 2335 N. Miami Ave., Miami; oasiswynwood.com. Tickets cost $40 to $99 via tixr.com. Sophia Medina

Haven't you always wanted to step into the glamour of 1950s Miami Beach? You can do just that on Friday and Saturday when the Eden Roc Miami Beach hosts Pompeii Cabaret. The party promises an evening of fun and dancing that harkens back to the Rat Pack era. With a retro-glam dress code, find your inspiration in Hollywood A-listers like Elizabeth Taylor, Harry Belafonte, Sammy Davis Jr., Humphrey Bogart, and, of course, Frank Sinatra. Setting the mood with live performances are Les Greene and the Swayzees, along with martini dancers and a black-and-white photo booth. 9 p.m. to 2 a.m. Friday and Saturday, at Eden Roc Miami Beach, 4525 Collins Ave., Miami Beach; 305-704-7605; edenrochotelmiami.com. Tickets cost $45 to $175 via eventbrite.com. Jose D. Duran

Poet, speaker, and comedian Alok Vaid-Menon takes the stage at the Miami Improv on Saturday. The mixed-media artist often explores themes of trauma, belonging, and the human condition through their work. They are also the author of Femme in Public, Beyond the Gender Binary, and Your Wound/My Garden. They've made a big imprint on social media and fashion with the creation of #DeGenderFashion and continue to be a voice for the queer community. 3 p.m. Saturday, at Miami Improv, 3450 NW 83rd Ave., Doral; 305-441-8200; miamiimprov.com. Tickets cost $25 to $35. Ashley-Anna Aboreden

Nothing is better than partying for free, as ReShape invites all electronic music fans for a night of experimental electronic music. In partnership with European series Les Siestes Electroniques and SeaNaps, Saturday marks the event's U.S. launch. Partygoers will be treated to live performances by German experimental artists Anna Schimkat and Molto, French electro producers Simo Cell and Crystallmess, as well as Miami-based musicians Richie Hell and Charlie Soul Clap. ReShape not only aims to give attendees a night they will never forget but to bring music professionals together to showcase their work and share their expertise. 5 p.m. Saturday, at Miami Beach Bandshell, 7275 Collins Ave., Miami Beach; 786-453-2897; miamibeachbandshell.com. Admission is free with RSVP via dice.fm. Sophia Medina

Even as the 2022 World Cup gets underway on the other side of the globe in Qatar, Miamians can experience a fútbol match in person at DRV PNK Stadium on Saturday as Colombia and Paraguay face off in an international friendly. While the game doesn't count in any standings, there's still lots of action to witness. And for the Colombianos and Paraguayos living in South Florida, it's a rare chance to root for the home clubs. 8 p.m. Saturday, at DRV PNK Stadium, 1350 NW 55th St., Fort Lauderdale; cmnevents.com. Tickets cost $29 to $199 via ticketmaster.com. Ashley-Anna Aboreden