The 14 Best Things to Do in Miami This Week

A few weeks ago, Jennifer Lopez's NYC concert was so electrifying that Manhattan fell into darkness. Sure, authorities blamed the blackout on a normal power failure, but given Lopez's epic and energetic stage performances, it's hard not to imagine the two were related. J.Lo always brings the magic live, and her three-show stint at American Airlines Arena beginning Thursday will certainly be no exception. Shake your booty to all the classics — including "I'm Real," "Ain't It Funny," and "On the Floor" — during the entertainment legend's It's My Party: The Live Celebration Tour. 8 p.m. Thursday through Saturday at American Airlines Arena, 601 Biscayne Blvd., Miami. Tickets cost $45 to $305.95 via ticketmaster.com.

Christmas isn't for another five months. But thanks to Blue Martini, there's a Blue Christmas in July. Thursday through Saturday, Blue Martini Brickell will be transformed into a winter wonderland, loaded with nutcrackers, festive decorations, candy canes, and more. If you want to get that Christmas photo/card ready in advance, here's your chance! 8 p.m. Thursday, Friday, and Saturday at Blue Martini Brickell, 900 S. Miami Ave., #250, Miami. Admission is free; RSVP via eventbrite.com. 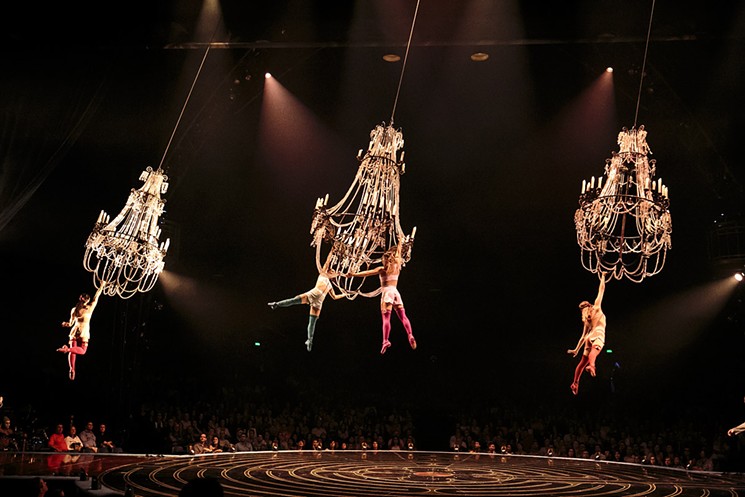 Even if traditional clowns freak you out, it's impossible not to love the newest Cirque du Soleil show, Corteo. In Cirque's imaginative and quirky tradition, the show follows a festive parade imagined by a clown. The action brims with acrobats, comedy, and carnival elements, all while capturing the clown's kindness. You might just discover a latent love for buffoons after this one. 7:30 p.m. Thursday and select times through August 4 at BB&T Center, 1 Panther Pkwy., Sunrise. Tickets cost $54 to $105 via cirquedusoleil.com.

He starred in In Living Color in the early '90s. In 2019, Tommy Davidson is still living his best life. The comedy icon headlines five shows over a three-day span at the Miami Improv in Doral this week. Among his recent credits, Davidson appeared in Sharknado 4: The 4th Awakens, I'm Dying Up Here, and Frat Pack. Though many viewers know him from the big screen, his standup observations are worth tuning in to as well. 8 p.m. Thursday, 8 and 10:30 p.m. Friday, and 7 and 9:30 p.m. Saturday at Miami Improv, 3450 NW 83rd Ave., Doral; miamiimprov.com. Tickets cost $22. 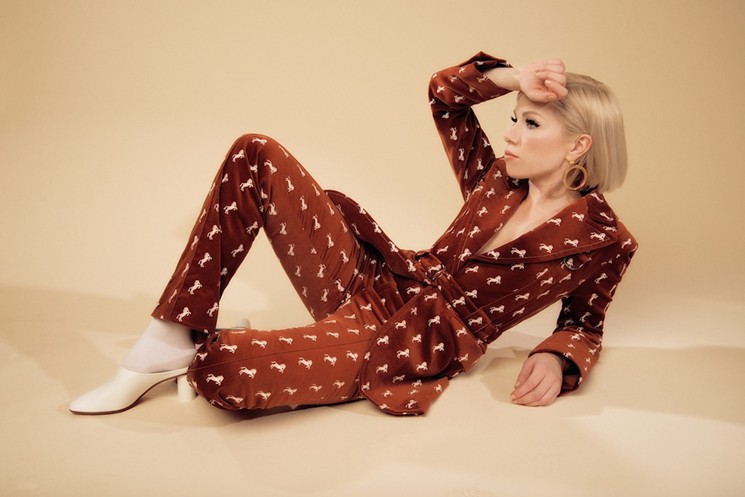 "But here's my number, so call me maybe?" No apologies for planting Carly Rae Jepsen's catchy tune in your head. The pop powerhouse is coming to the Fillmore this Friday. It's been seven years since that weirdly hypnotic single owned the airwaves, and there's a helluva lot more to her these days. Case in point: Her latest LP, Dedicated, which dropped in May, has critics raving. 8 p.m. Friday at the Fillmore Miami Beach, 1700 Washington Ave., Miami Beach. Tickets cost $36.50 to $56 via livenation.com.

Colson Whitehead's last read, The Underground Railroad, won the Pulitzer Prize and a National Book Award and was an Oprah's Book Club pick. Now it's time for his followup, The Nickel Boys, which touches on segregation and the unique struggles within the civil rights movement. The book was inspired by the story of the horrific conditions endured by children at Florida's infamous Dozier School for Boys. Whitehead will be at the Arsht Center this Friday to talk about it. If you use the promo code BRINGAFRIEND at checkout, for every full-price ticket you buy, you get another for 10 bucks. 8 p.m. Friday at Adrienne Arsht Center for the Performing Arts, 1300 Biscayne Blvd., Miami; arshtcenter.org. Tickets cost $36.50 to $56.

It's not really summer without a Dave Matthews Band performance at a sweaty outdoor amphitheater. DMB will stop in WPB Friday evening with nine studio albums' worth of material. In addition to delivering many classics — including "Crash," "The Space Between," and "Where Are You Going" — the Charlottesville, Virginia band's latest album, Come Tomorrow, hit number one on the Billboard 200 last year. 8 p.m. Friday at Coral Sky Amphitheatre, 601-7 Sansburys Way, West Palm Beach. Tickets cost $45.50 via livenation.com.

UPDATE: This event has been canceled. Very few communities in the United States are blessed to have mango-growing capabilities. That gives South Florida something special to celebrate. The second-annual South Beach Mango Festival & MangoPalooza will be loaded with chef competitions, a mango auction, mango-eating contests, and mango-inspired cocktails. The Saturday shindig is 21-plus, and the Sunday event is family-friendly. Noon to 6 p.m. Saturday and 11 a.m. to 6 p.m. Sunday at Lummus Park, 1130 Ocean Dr., Miami Beach. Tickets cost $13.33 to $59.95 via eventbrite.com.

You already own the dance floor on the average club night. Now it's time to up your game. The Red Bull Dance Your Style competition will give you a moment to shine — and perhaps move on to a bigger stage. The best dancer at Saturday's affair will receive an entry into the national finals in Vegas. From there, it's the world finals in Paris in October. 6 to 10 p.m. Saturday at Story Nightclub, 136 Collins Ave., Miami Beach. Admission is free; RSVP via tixr.com.

Shawn Mendes will make fans scream in Miami this weekend. But will his girlfriend Camila Cabello, a Miami native and pop superstar in her own right, be there too? You'll have to attend to find out. Mendes is basically taking over the world right now: His single "I Can't Have You" and his duet with Cabello, "Señorita," have topped the charts this year. Fellow Canadian Alessia Cara (of "Here," "Wild Things," and "Stay" fame) will open the show. 6:30 p.m. Sunday at American Airlines Arena, 601 Biscayne Blvd., Miami; aaarena.com. Tickets start at $121.

Quirky holiday alert: Monday is National Chicken Wing Day. To celebrate this gluttonous occasion, Batch Gastropub is set to host an all-you-can-eat special all day. For only 15 buckaroos, enjoy unlimited bone-in or boneless wings at the downtown Miami location. If for some ungodly reason you have room for dessert, the key lime parfait is yummy. 11:30 a.m. to 11 p.m. Monday at Batch Gastropub, 30 SW 12th St., Miami; batchgastropub.com. All-you-can-eat wings cost $15.

Need a new profile pic? Among your top photo-shoot destinations should be Sun Stories, which is open daily through September 30. The outdoor installation, created by Miami artist Jessy Nite, boasts colorful phrases hanging above Giralda Plaza that are naturally projected onto the ground during daylight, making for a unique visual effect. Pick a sunny day and get moving. Daily through September 30 at Giralda Plaza, Giralda Avenue between Ponce de Leon Boulevard and Galiano Street, Coral Gables; coralgables.com. Admission is free.

It's almost time for Miami Spice, the annual fest of discounted prix fixes at local restaurants from August 1 through September 30. Before you enjoy some of the area's best dishes at awesome prices, the Miami Spice Kickoff and Heritage Showcase will serve food from a number of participating Spice restaurants, including Frost 321, Bagatelle, and Table 55. Also expect live art activations and jams from Spam Allstars. If you're looking to shake off the calories you've consumed, head to the afterparty at E11even. 6 to 9 p.m. Wednesday at Jungle Island, 1111 Parrot Jungle Trail, Miami. Tickets cost $50 to $100 via eventbrite.com.