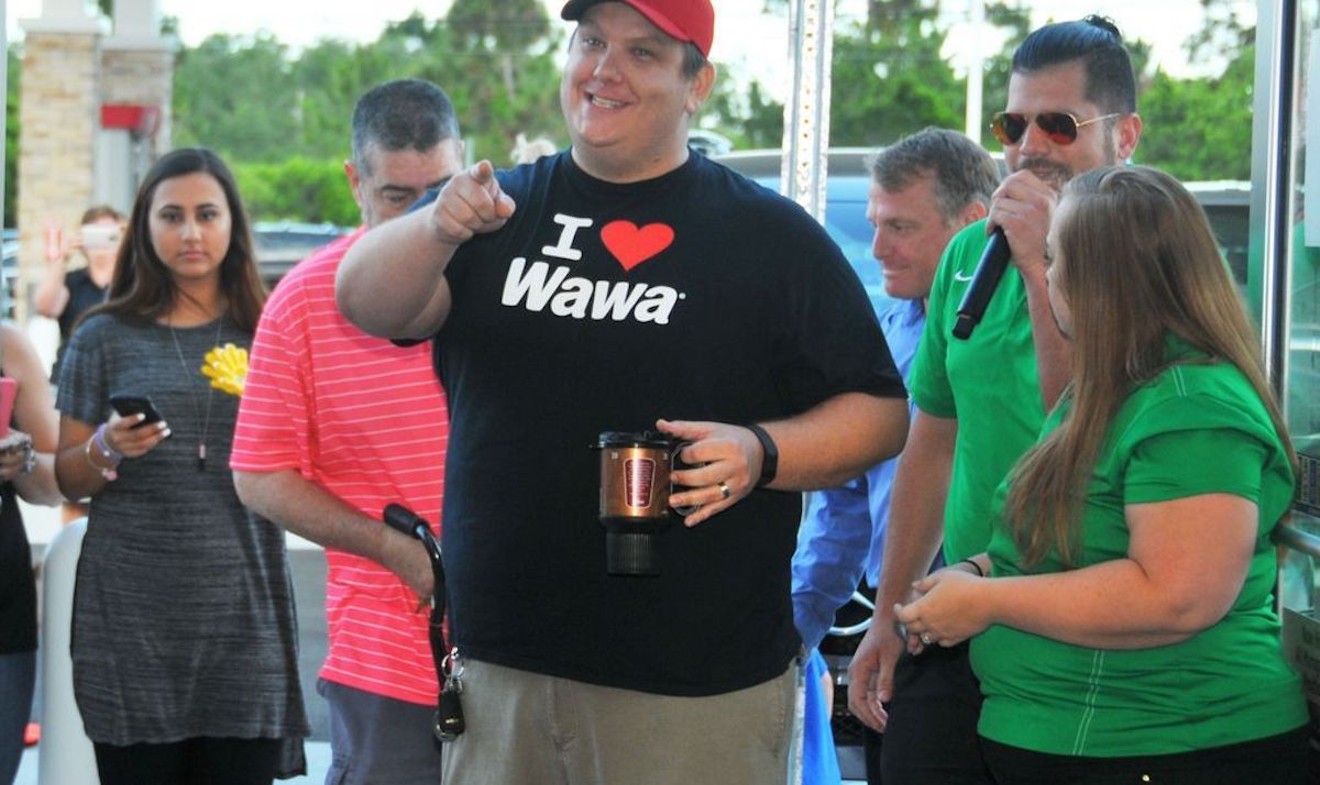 Wawa will open its first Broward County stores Thursday, July 27. Courtesy of Florida Today
Wawa has officially expanded into Broward County this month with the opening of two stores.

On Thursday, July 27, fans of the Philadelphia-based convenience store chain can celebrate the launch of the company's 119 and 120th Florida stores with the grand opening of locations at 4290 Davie Rd. in Davie and 3601 N. Federal Hwy. in Pompano Beach.

Doors to the two new Wawa stores will officially open at 8 a.m. that day. The grand-opening festivities will include a ribbon-cutting ceremony at each location, beginning with Davie at 10 a.m. and Pompano Beach at 1 p.m. The event will offer giveaways, free coffee, special fuel pricing, and a Hoagies for Heroes hoagie-building competition with local first responders such as firefighters, police officers, and paramedics to benefit a local charity.

Be one of the first 100 customers through the doors at 8 a.m. on opening day at either location and receive free Wawa gifts, and everyone can enjoy free coffee all day.

During a special media preview today, Wawa regional real-estate manager Ron Brill made an exciting revelation, announcing the company's plans to move into Miami-Dade. While addressing the media, Brill said the first three Miami Wawa stores are expected to open in the second quarter of 2018.

Engineers have already targeted three sites and are looking for additional areas to explore across the county. Moving forward, as many as 50 Wawa stores could open in Miami-Dade, with as many as 100 new stores set to debut across South Florida in the coming years.

Though exact Miami locations weren't divulged, the Next Miami reported that the first Miami-Dade Wawa will likely be located at 590 NE 167th St. in North Miami Beach. The website said a filing with Miami-Dade Water and Sewer uncovered plans for a gas station, a 3,130-square-foot fast-food eatery, and a 3,576-square-foot restaurant.The facility will partner with Krispy Kreme, replacing the current Krispy Kreme bake shop, and will also use an adjacent piece of land.

In July 2012, Wawa opened its first store in Florida, and in 2016, the company celebrated its historic 100th store opening in the state. To date, Wawa has more than 118 stores in the Sunshine State and plans to open 11 locations in Broward and Palm Beach Counties. Moving forward, Wawa will continue to open 30 new Florida stores this year alone.

Within the next five years, Wawa plans to make South Florida home to 50 new Wawa stores, including the recent announcement to push expansion into Miami-Dade.