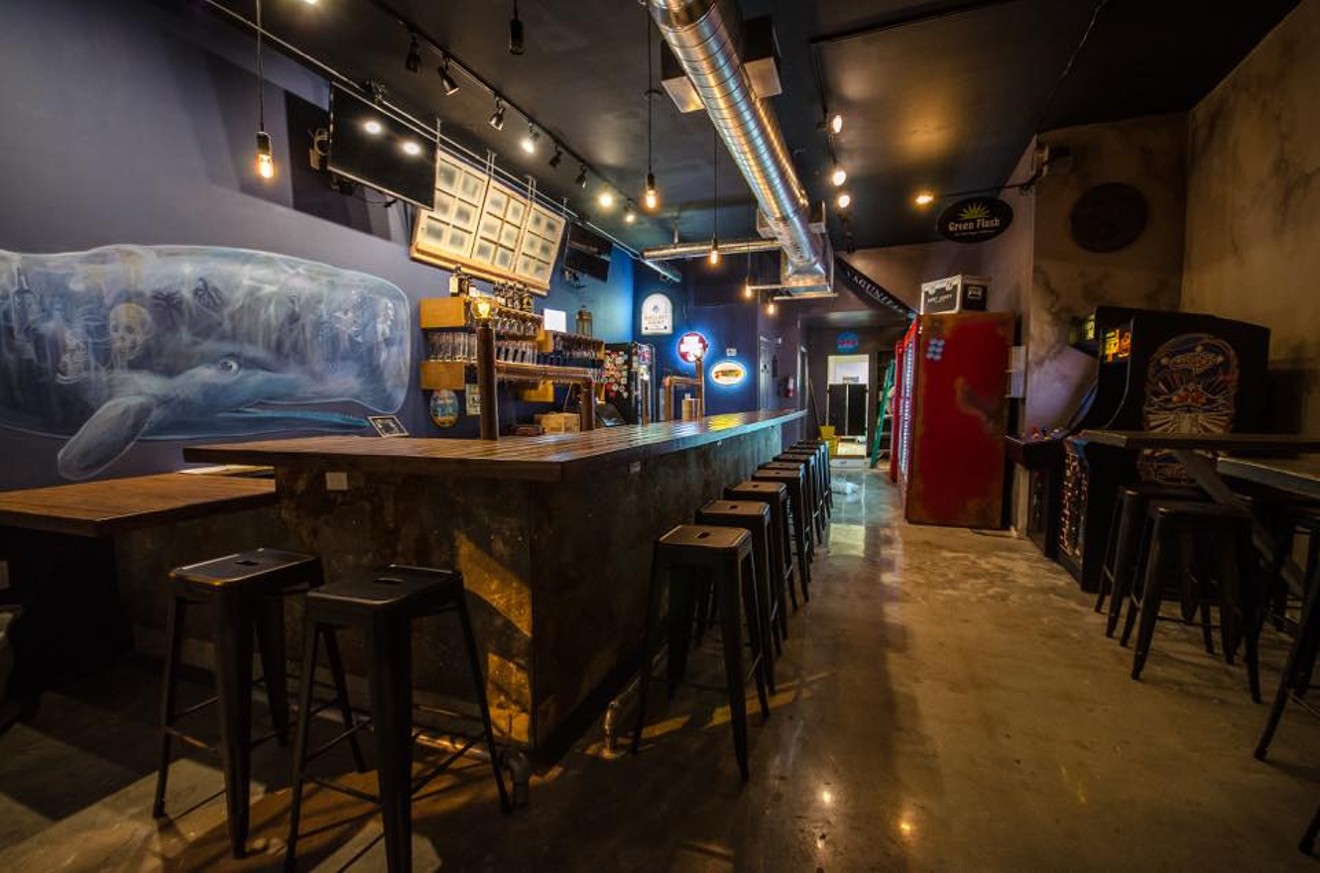 The craft beer bar and lounge will feature 21 taps of mostly local brews, although it will offer some out-of-town suds. Unlike many bars cofounder David Rodriguez has seen, the taps face the customer so the bartender can engage with guests without having his back turned while pouring.

Other than beer, there will be a small selection of wines and sodas to appeal to non-beer drinkers. But if they don't come for the drink, then surely Union will offer a hideout from the Miami craziness.

Rodriguez wants a place where anyone can walk in, enjoy a few cold ones, and hang out in a relaxed atmosphere with dim lighting. He's got a few tricks up his sleeve, like a nice music playlist, as well as arcade games such as Ultimate Mortal Kombat 3 and an old-school combination arcade with Pac-Man, Galaga, and other classics.

In the future, a kitchen will turn out food. In the meantime, snacks such as brown-bag popcorn, chicharrones made by a local lady, and food from Miami Smokers will be available.

With the intention of bringing a craft-beer-lovers' delight to the historic Calle Ocho, Rodriguez and his wife CiCi leased the location in late 2015 to open it in the fall of 2016. Inspiration for Union came after the couple visited San Francisco and the City Beer Store, a hybrid beer/bottle shop they wanted to introduce to the denizens of Little Havana.

Rodriguez kept running into minor snags that held up the opening. Being a first-time business owner, however, he wasn't entirely surprised by the hurdles. "We just wanted to get it open," he says. "I have a newfound appreciation for small businesses."

This Saturday, January 28, Union will open at 6 p.m. and will remain open for the weekend and Monday.

"We just wanted a loungey, chill craft beer bar where you can hang out," Rodriguez says. "Now there's a spot in Little Havana to drink a beer."