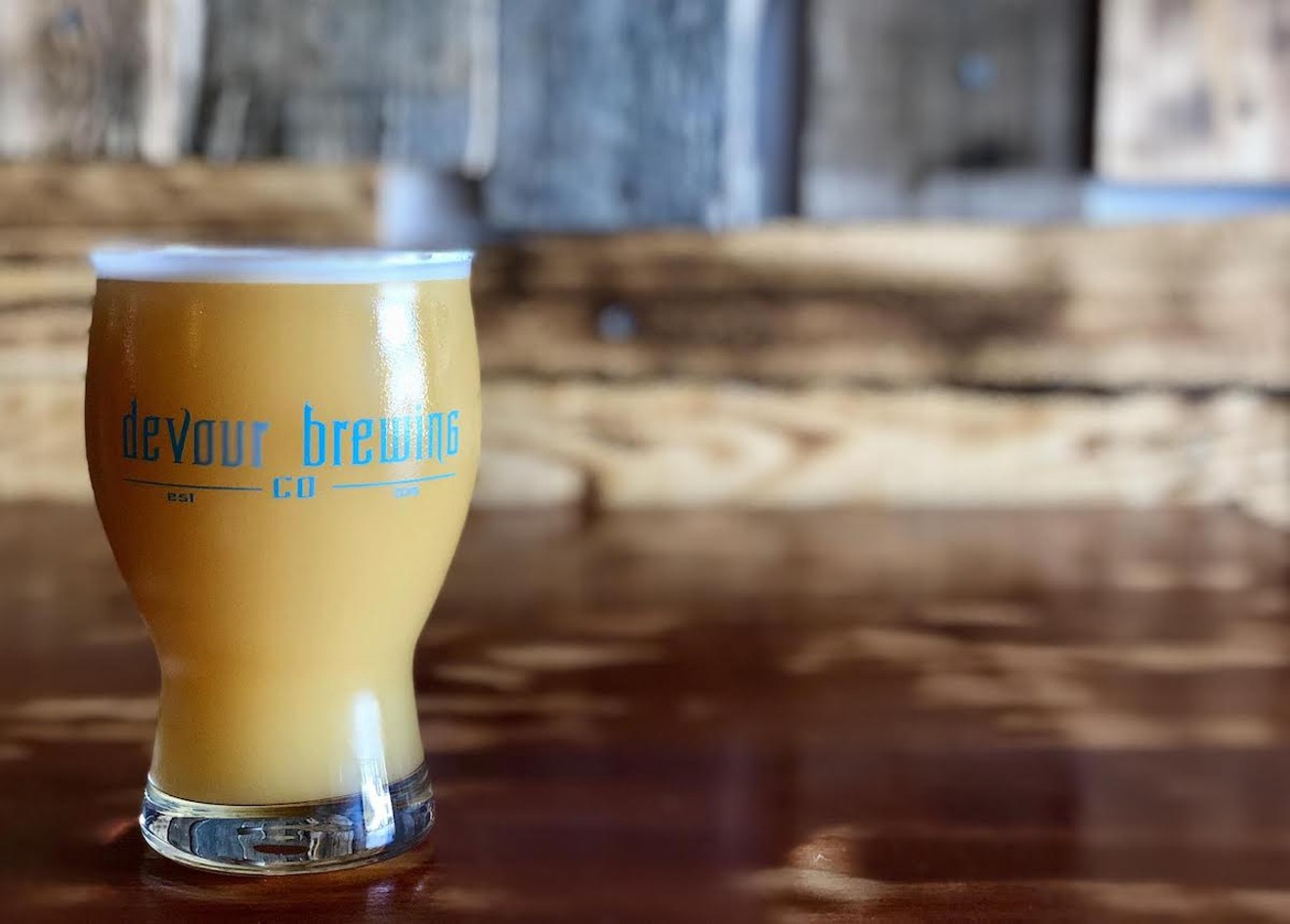 Locally, much of the recent experimentation is thanks to Alexis Shaw, director of operations for the Boynton Beach-based Terpene Station, established in 2017 to make terpenes available to local brewers who add them to give beer a flavor boost.

The Terpene Station offers more than 50 varieties, or strains, that impart layers of flavor that present a variety of sweet, spicy, bitter, and sour notes reminiscent of everything from fruits and vegetables to coffee and peanuts. They're also free from active cannabinoids such as THC and CBD, so drinking won't get you high, but it'll offer a buzz of flavor and aroma.

"The idea isn't to create beers that smell or taste like weed, but instead provide a new depth of flavor you can't get with just hops and adjuncts alone," says Shaw, whose terpenes offer a proprietary soluble finishing product created using cannabis from Colorado. "Our tag line is that we're the newest trend in the craft beer movement."

Terpenes are becoming a popular finishing method for breweries nationwide, especially in South Florida. To date, Shaw has worked with a half-dozen breweries, using terpenes in everything from lagers and pilsners to stouts and saisons. Here are the six most drinkable beers available at local breweries: 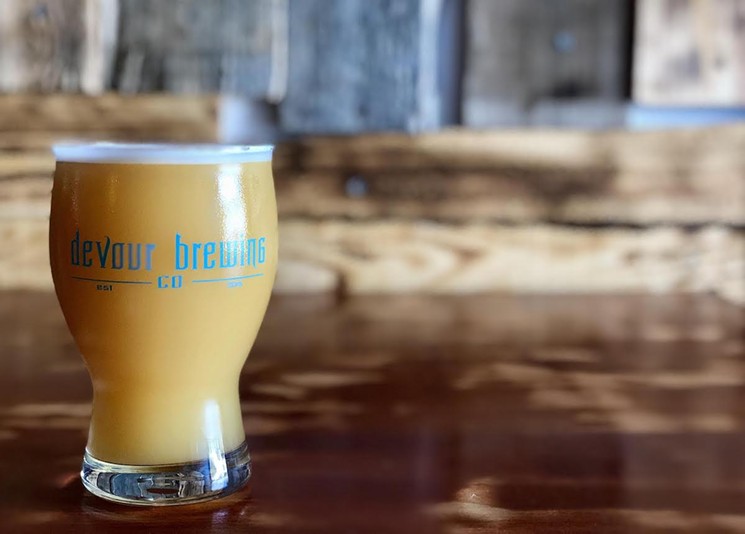 Devour Brewing Co. in Boynton Beach was South Florida's first brewery to experiment with terpenes.
Photo courtesy of Devour Brewing Co.
1. Devour Brewing Co. Devour is considered the first South Florida brewery to experiment with terpene-infused beers. It's Florida Thunder IPA featured the Sour OG terpene strain, one that imparts notes of lemon, pine, and earthy undertones that pair perfectly with the base beer's Citra and Mosaic hops. Owner/brewer Chip Breighner is looking to expand his experimentation with several new brews, which will be released during a terpene-themed 4/20 party April 20. That includes a pineapple and vanilla milkshake New England-style double IPA brewed using a Pineapple Express terpene and a coconut porter that uses a special-edition Girl Scout Cookies terpene. "As craft beer continues to grow at the rate it's going, bold moves are what it takes to make waves in the industry, the cannabis introduction to beer is just that, don't be afraid to try something new," said Devour Brewing operations manager Matt Smith. "The results may surprise you." 1500 SW 30th Ave., Boynton Beach; 561-806-6011; devourbrewing.com. 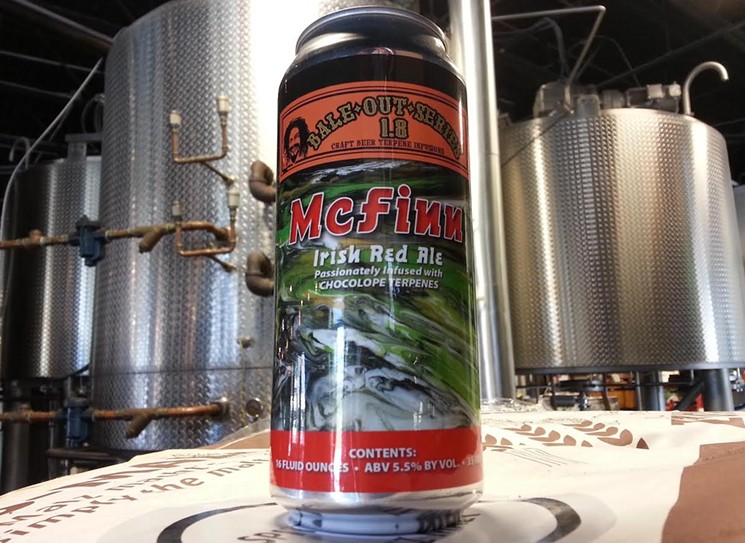 Twisted Trunk's brewer and cofounder, Fran Andrewlevitch, is one of South Florida's most ardent supporters of the terpene movement. The brewery's new terpene-infused beer taps every Thursday.
Photo courtesy of Twisted Trunk Brewing Co.
2. Twisted Trunk. Twisted Trunk co-owner and brewer Fran Andrewlevich uses terpenes to experiment with a number of his core beers and has even designated Thursdays to release a new terpene-infused brew each week. So far, more than ten terpene beers have been released, including a saison with Lemon Kush terpenes; the One Hitter session IPA, infused with White Widow terpene; and his McFinn Irish red ale, made with Chocolate terpene. "There's only so much you can do after you've tried every hop out there," said Andrewlevich. "This offers a whole new way to flavor beer and add layers of complexity you can't get with traditional ingredients." 2000 PGA Blvd., Palm Beach Gardens; 561-671-2337; twistedtrunkbrewing.com. 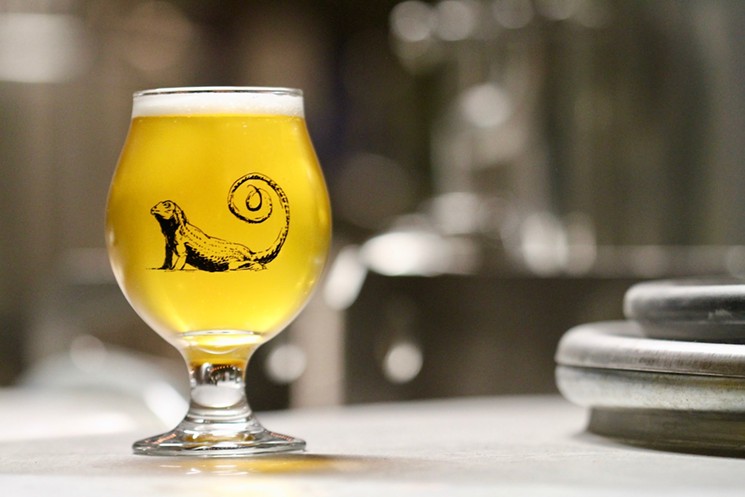 Invasive Species' use of terpenes has yielded a pale ale that highlights cannabis flavor perfectly.
Photo by Nicole Danna
4. Invasive Species. Head brewers Phil Gillis and Josh Levitt — along with Laser Wolf cofounders Chris and Jordan Bellus — have released Invasive Species' first cannabis-infused brew, Lemon Kush Squish, a pale ale the team made using a Lemon Kush terpene. The beer is incredibly herbaceous, with a potent, resinous aroma and flavor that are surprisingly reminiscent of the real thing. If you don't get a chance to sample the brew on draft at the taproom before it's gone, Invasive Species will release several more terpene-infused brews during its 4/20 Show and Bottle Release April 20. 726 NE Second Ave., Fort Lauderdale; 754-666-2687; invasivespeciesbrewing.com. 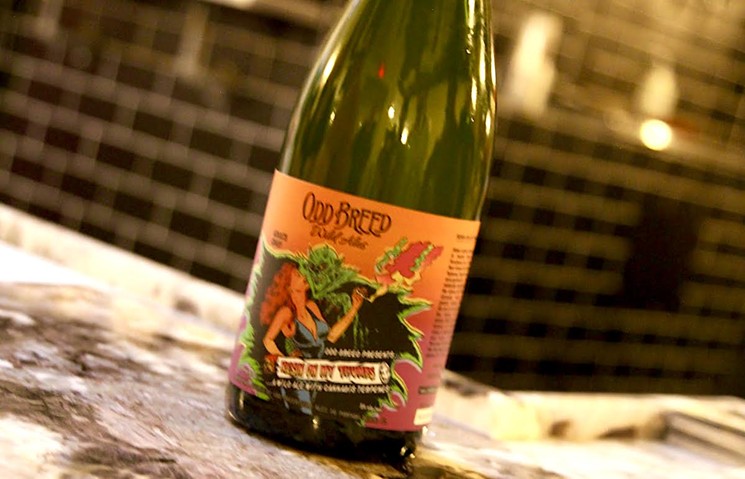 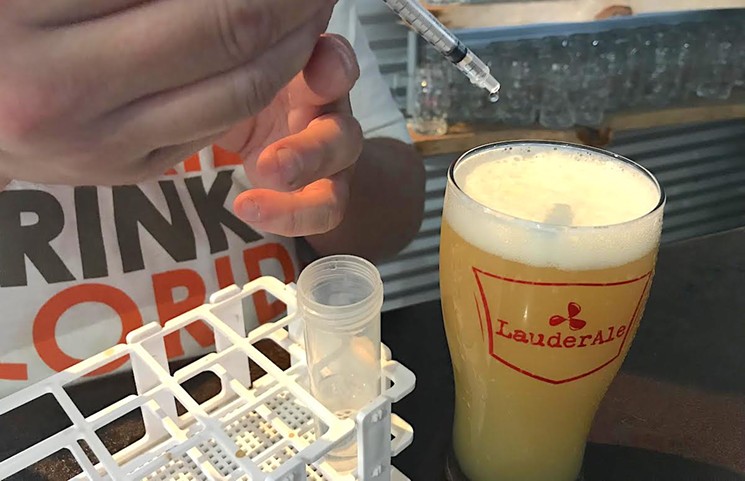 LauderAle will release numerous terpene-infused beers during a special event April 20, and the most popular one will make it into full-time rotation.
Photo courtesy of LauderAle
6. LauderAle. Head brewer Mike White is set to launch several terpene beers during the brewery's Project Terpene celebration April 20. Right now, five strains will be used in numerous core and limited-run beers, including the brewery's double IPA and a lager, each used to create a unique flavor profile. During the event, the most popular treatment will earn a spot as one of LauderAle's regular brews. "Just like hops, cannabis has a wonderful array of flavor and aroma," White says. "Now we're using terpenes. Maybe soon we'll be using CBD and even further down the road using actual THC. It's just a new way to create something unique and push the limit." 3305 SE 14th Ave., Fort Lauderdale; 954-653-9711; lauderale.co.

If you're a beer lover, join others like you Saturday, May 12, from 7 to 11 p.m. at Zoo Miami for New Times'  Brew at the Zoo. Sample beer and spirits from around the world, eat great food, and enjoy live entertainment from '80s synthpop band A Flock of Seagulls at the wildest place in town. General-admission tickets cost $40 and include entry to the event at 8 p.m., unlimited beer samples in GA, access to food for purchase, admission to the zoo the day of the event, and entertainment. Tickets cost $40 to $80 via newtimesbrewatthezoo.com.