There's more than a month to go before Miami Spice begins, but that doesn't mean it's too early to start enjoying great summer dining deals.

So whether you're looking for a midweek pick-me-up with bottomless bubbly or a royal feast at an unbelievable price, it's time to loosen your belt and check out Miami's best food and drink deals this summer. 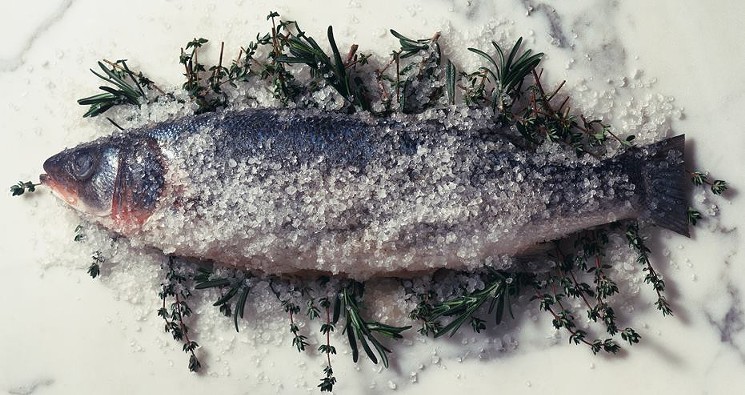 If you’re in the mood for surf or turf, Wednesday nights at Il Mulino mean four-course, family-style dinners fit for a king ($49 per person). At the South Beach location, start Steak Night with a signature tableside caesar, wedge, or tomato salad and continue with a pasta course of rigatoni alla Bolognese with braised veal and beef, orecchiette with sweet sausage and broccoli rabe, or fusilli alla ricotta with marinara and Parmesan — before even hitting the main course. An aged T-bone is the star of the meal; choose three sides, including truffle mashed potatoes, mascarpone spinach, hot peppers, sautéed wild mushrooms, sautéed onions, truffle French fries, cream corn, or Brussels sprouts. During Seafood Night at the Sunny Isles Beach location, however, enjoy a pescatarian feast, starting with appetizers such as grilled octopus, shrimp scampi, lobster ravioli, and mussels in a tomato or white wine broth, followed by a plate of seafood pasta, including linguine with clams, risotto with baby scallops and Chardonnay sauce, or black ink linguine di mare. Roasted branzino with olive oil, garlic, and capers, along with three sides, is the main course. If your belly has any room to spare, choose Italian cheesecake, tiramisu, or chocolate caprese for dessert at either location.

Lobster Bar Sea Grille's Miami Beach location debuted this past April in the former China Grill space on the corner of Washington Avenue and Fifth Street. To celebrate its grand opening, the seafood restaurant is offering $39 three-course dinners daily from 5:30 to 7 p.m. and again from 10 p.m. till close. All fish are flown in from the coasts of Spain, Greece, and Iceland and are guaranteed to go from the sea to your table in less than 48 hours. Starters on the prix-fixe Opening Celebration Menu include the eatery's signature lobster bisque, jumbo blue Gulf shrimp served chilled on ice, and lightly fried Rhode Island baby calamari, along with entrées such as wood-grilled whole European fish of the day, lobster-stuffed lobster (with savory lobster stuffing, drawn butter, lemon, and a side of steamed baby Tuscan kale), and a surf-and-turf plate of six-ounce Nova Scotia lobster tail and four-ounce filet mignon. For dessert, choose from Greek yogurt with thyme honey; mini cream puffs with vanilla bean ice cream and Valrhona dark chocolate sauce; and a tropical cremeux with passionfruit and Tonka bean mousse, almond coconut biscuit, and exotic sorbet.

Get ready for some cheesy goodness.
Courtesy of Quattro Gastronomia Italiana

Bubbly and bubbling cheese: What could be better? Every Sunday at Quattro this summer, you can enjoy tableside pasta for two ($30) paired with Italian bubbles. Watch executive chef Luciano Sautto flambé house-made spaghetti in a giant Parmesan wheel to whip up cacio e pepe, a classic Roman pasta dish of simple spaghetti with cheese and cracked black pepper. For only $15 more, add two glasses of prosecco, or get a whole bottle of bubbly for $30.

4. You Down With O.P.P. Sundays at Macchialina

Macchialina hosts a Sunday Italian affair filled with oysters, pizza, and prosecco (the "O.P.P." in "You Down With O.P.P. Sundays"). At the heart of it are Sicilian pizza pies ($22 each) prepared with Cinque Stagioni flour imported from Parma, Italy, which undergoes a 72-hour fermentation process. Only a limited selection of pies will be available each week; varieties include 18-month-aged prosciutto di parma, parmigiano and arugula, and sausage and peppers. Be prepared to bite into a thin, crisp crust with a light, airy center. The summer series also offers a half-dozen oysters for $18 undressed or $22 dressed and $8 glasses of bubbly.

Thursday nights, take a seat at the Table to embark on a $39 three-course, communal dinner.
Courtesy of River Yacht Club

5. The Table at River Yacht Club

Imagine sharing a Miami Spice-style meal with both friends and strangers. The River Yacht Club’s series the Table, which debuted last week, brings a communal Thursday-night dinner party to the Miami River. Guests at the 40-seat table can enjoy new weekly $39 prix fixes curated by executive chef Jun Lee and featuring family-style appetizers such as fresh salads, crudos, and seasonal seafood; a choice of entrée; and the chef’s choice of dessert. Best of all, the meal is served with a complimentary glass of Moët. Seating is limited and must be reserved by calling 305-200-5716.

next
KEEP MIAMI NEW TIMES FREE... Since we started Miami New Times, it has been defined as the free, independent voice of Miami, and we'd like to keep it that way. With local media under siege, it's more important than ever for us to rally support behind funding our local journalism. You can help by participating in our "I Support" program, allowing us to keep offering readers access to our incisive coverage of local news, food and culture with no paywalls.
Make a one-time donation today for as little as $1.
Lyssa Goldberg