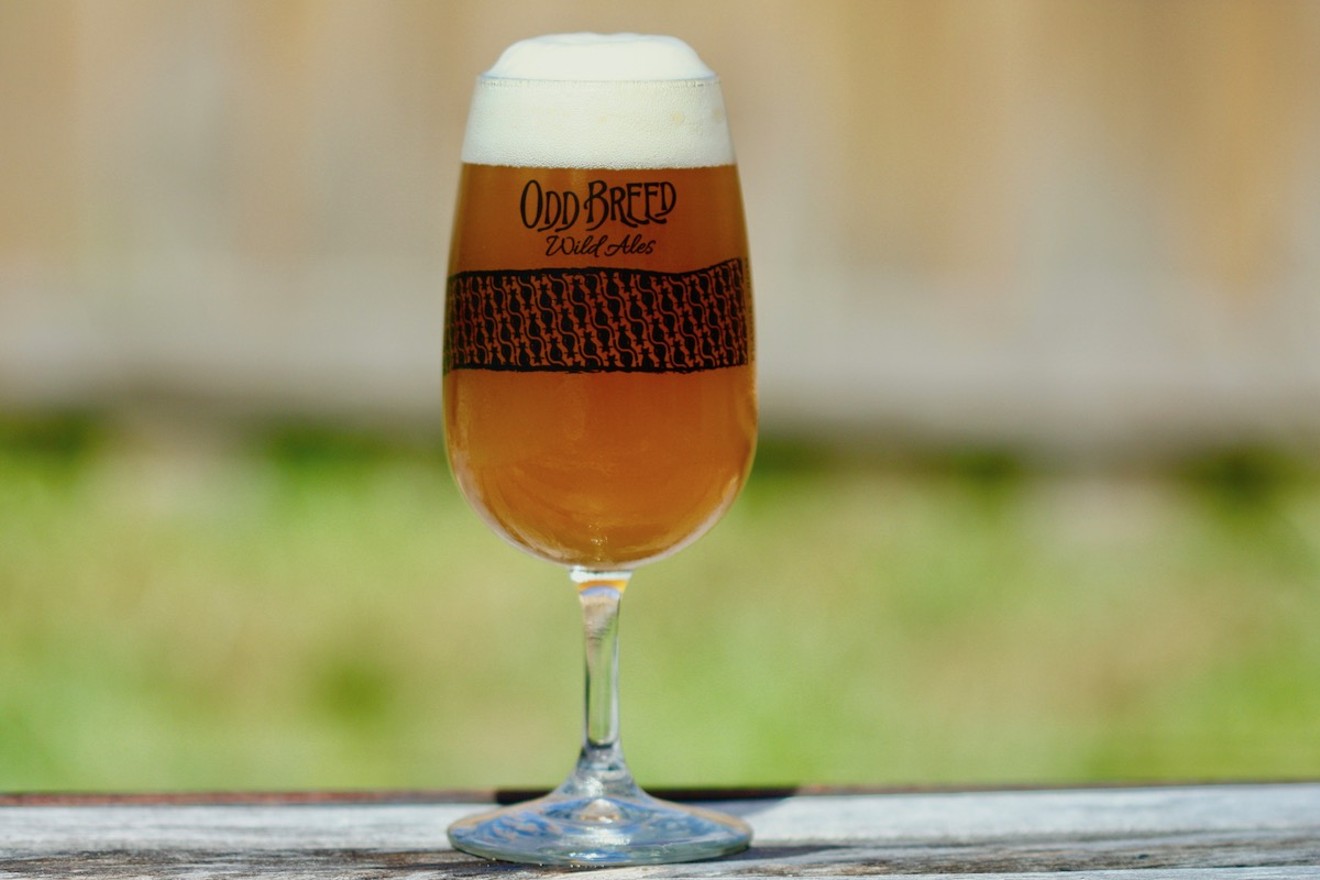 Odd Breed Wild Ales will be the first South Florida brewery to offer online bottle-release sales. Photo by Nicole Danna
It's a fact: People will wait in the pouring rain, the blazing-hot sun, or even the bitter cold for a chance to score a rare bottle or can of their favorite beer on its release day.

Recently, that was the scene in Miami when people showed up as early as 4 a.m. at J. Wakefield Brewing for its annual February Dragon Fruit Passion Fruit Berliner Weisse bottle release. In January, Funky Buddha Brewery in Oakland Park hosted a festival in honor of its Maple Bacon Coffee Porter release. And, come mid-March, Cigar City Brewing will throw a grand fete in Tampa to release its Hunahpu's imperial stout.

Scenes such as those play out nearly every month nationwide when beer lovers head to their favorite breweries for new, limited-edition, or specialty bottle releases. The draw is the exclusivity of being one of only a few to get their hands on a rare bottle to enjoy (or brag about on social media). Others are motivated to swap or resell their goods on illegal, underground craft-beer-selling platforms, often for prices that far exceed their initial investment.

But according to Odd Breed Wild Ales cofounders Matt Manthe and Daniel Naumko, the typical bottle-release event isn't working for brewers or — more important — their customers.

"We want to do things differently," Manthe says. "We want to make getting our beers easy and enjoyable. People shouldn't have to wait in a long line for hours or pay hundreds of dollars to get our beer simply because they're out of state or can't make it to a release. I want people to drink my beer without having to feel like it's a privilege." 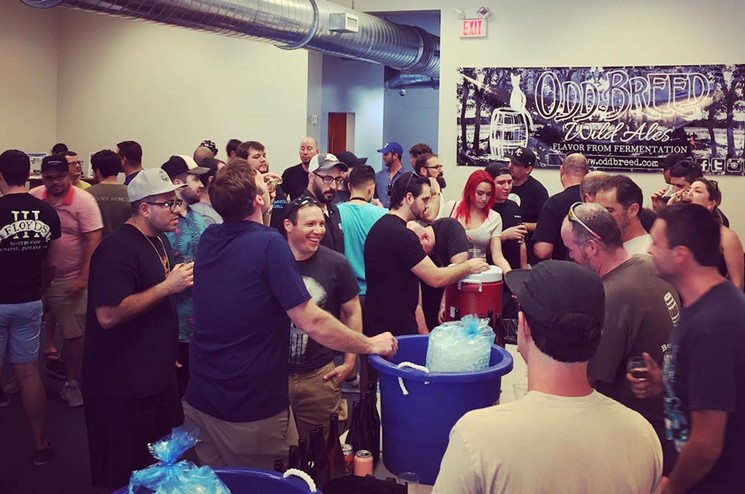 Odd Breed Wild Ales rare-bottle-club members gather for the brewery's first meet-and-greet bottle-share event.
Photo courtesy of Odd Breed Wild Ales
Instead, when it opens later this summer, Pompano Beach-based Odd Breed Wild Ales will be not only be one of the first to specialize in producing farmhouse and wild ales aged in oak barrels using traditional Belgian techniques alongside Miami's Unseen Creatures Brewing & Blending, but also South Florida's first brewery to offer customers access to a unique online store designed to create customer profiles and allow anyone of legal drinking age to purchase specialty release bottles. Customers can visit the Odd Breed website the day of the release and place an order for pickup anytime during the allowed timeline (two weeks for online bottles sales and 90 days for rare-bottle-club releases).

Although Funky Buddha Brewery began offering online bottle sales for its Maple Bacon Coffee Porter and other select bottles in 2014, the Odd Breed Wild Ale e-commerce platform — also used by Cigar City Brewing, Ballast Point, and The Lost Abbey — will be used to sell all regular, specialty, and rare bottles the brewery produces and create custom customer profiles for both online and taproom sales.

"It's another thing that makes us unique, along with the type of beer we're producing and our membership club for superexclusive beers," Naumko adds. "We've invested in some pretty powerful software for customer management, which is going to make it very easy for people to get their bottles, no standing in line required."

"Our bottle releases will still be very limited, in the same way most other specialty or limited bottle releases are, but we're trying to make it easier and more available to everyone," Manthe adds. "You'll still have to plan to get online when the release opens, but our system should make things a lot more relaxing." Expect regular bottle releases to include specialty and limited-batch versions of Odd Breed Wild Ales produced for the taproom: their core beers aged with double the fruit, dry-hopped, or bottled from a single, unblended barrel, Manthe says, and longer-aged beers will become available in 2018 to 2019.

Last month, Odd Breed also launched a unique membership program, the first edition of its rare-bottle club. The brewery is offering 350 memberships for $300 per person and plans to launch the club on the brewery's opening day. The fee includes bomber bottles of member-exclusive beers; early access to bottle releases online; invitations to special brewer meet-and-greets and members-only events; a two-piece premium club glass set and T-shirt; and a first right of refusal on 2018 memberships, among other perks.

According to Naumko, proceeds from membership fees will go toward covering the costs of producing the beer for the club, as well as funding the brewery's remaining construction expenses for the facility opening at 50 NE First St. in Pompano Beach.