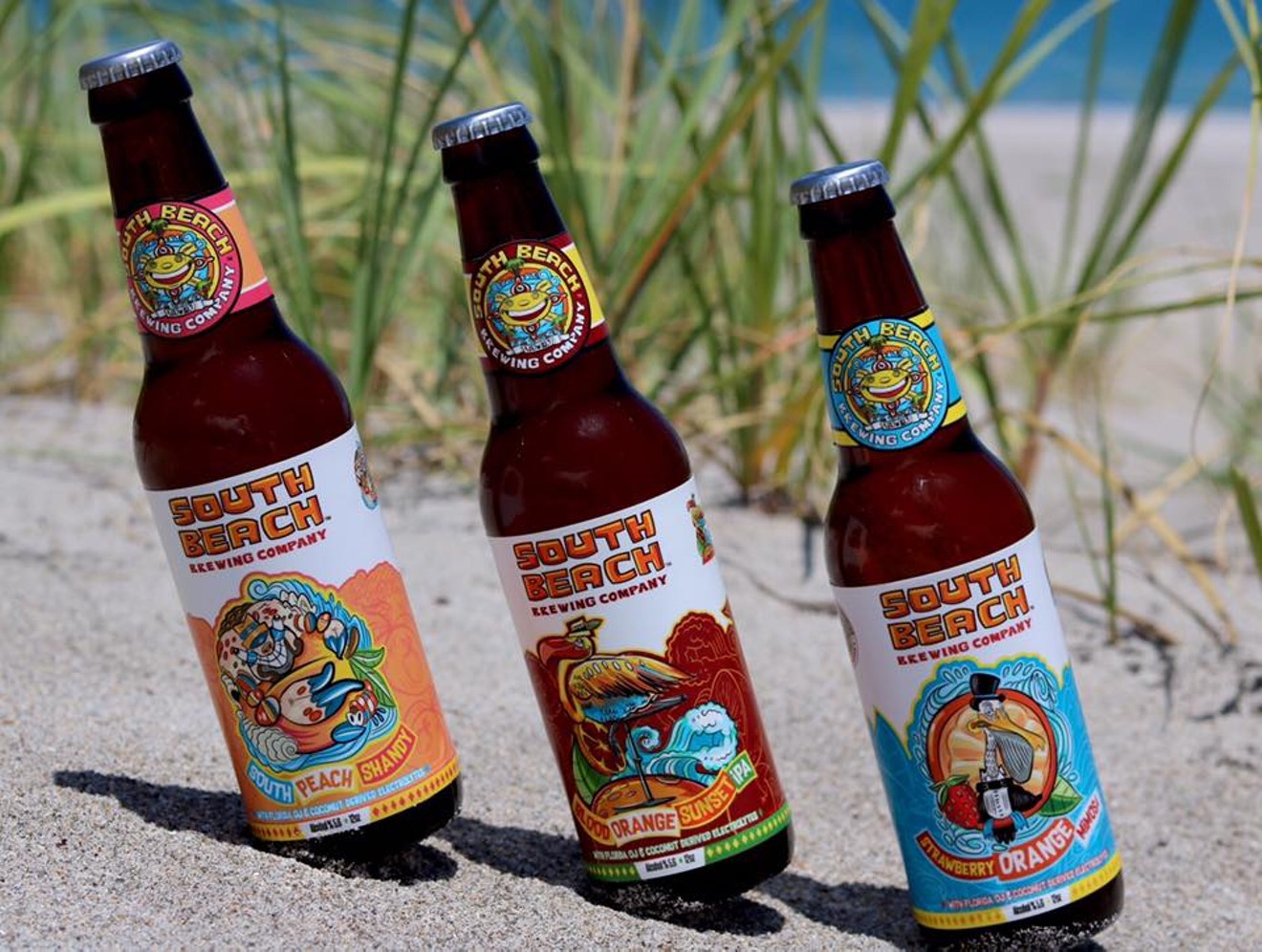 South Beach Brewing Company cofounder Lorenzo Borghese plans to open his brewpub by November. Courtesy of Lorenzo Borghese
Peach-infused shandies, blood orange IPAs, and coconut-derived electrolytes. These are some of the beers, and their ingredients, that will be brewed at South Beach Brewing Company, which is slated to open this fall in Miami Beach.

Lorenzo Borghese, one of the brewery's founders, says there are talks of opening a 2,200-square-foot brewpub in the South of Fifth neighborhood. He won't disclose the exact location because the deal hasn't been finalized. However, Borghese says the new brewpub will be a beach-themed eatery serving burgers, hot dogs, and other fare.

The most important part of any brewery, of course, are the beers, which will be made on a one- or two-barrel system and be brunch-inspired and "authentic" to South Beach. They include three flagships: the strawberry-orange mimosa, featuring beer mixed with natural strawberry flavoring, Florida orange juice, and coconut-derived electrolytes; the South Peach shandy, with beer, peach juice, and coconut-derived electrolytes; and a 6.9 percent ABV blood orange IPA that Borghese considers "sessionable," meaning more than one can be consumed in one sitting. All the beers will be served with a pineapple wedge.

Despite not having a home just yet, South Beach Brewing has been popping up and pouring samples at local art and food events. Most recently, the brewery appeared at an event featuring Lebo, the artist behind the Welcome to Miami Beach mural at 768 Arthur Godfrey Rd. as you enter Miami Beach from the Julia Tuttle Causeway.

If Borghese's name sounds familiar, that's probably because he starred on Season 9 of The Bachelor. That's not a role Borghese is particularly comfortable talking about, instead preferring to focus on his new life chapter in Miami Beach.

Born in Italy, Borghese lived in New York City for 17 years. His time in the Big Apple included working in a corporate job and attempting to start a brewery in Brooklyn. However, after the brewery deal fell through, he moved to West Palm Beach, where he lived for three years before moving to Miami Beach three months ago.

While living in Florida, he met and became friends with his brewery partners. Among South Beach Brewing's founders is Fred Forsley, president and founder of Maine's Shipyard Brewing Company and owner of Sea Dog Brewing Company, whom Borghese considers a mentor.

"Life's too short to work with people who aren't honest," Borghese says. "The beer industry should be about being with people you want to hang out with."

Though he was never a homebrewer, Borghese believes being a drinker of good beer gives him plenty of insight into the beers other people enjoy. In fact, he plans to let customers rate his beers, with the highest rated chosen for distribution.

Borghese hopes to have the brewery open by November. In the meantime, the next South Beach Brewing event will take place at the Kimpton Surfcomber Hotel October 14.

"It's great to know you're in an industry where people have your back," Borghese says.