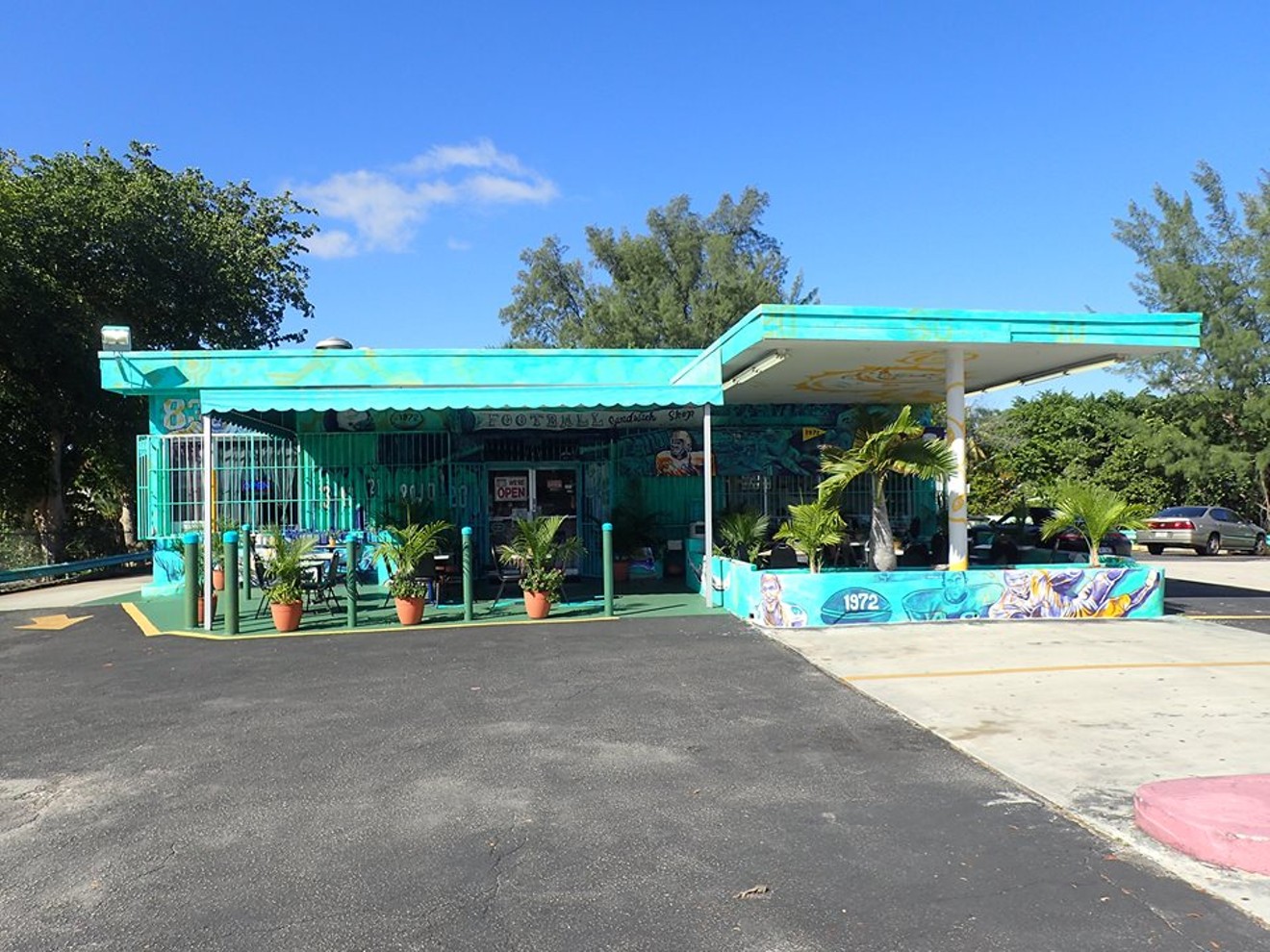 About a month ago, the owners stated on Facebook that the restaurant would be closed until further notice due to road construction on NE Second Avenue.

Though the status update sounded promising, the phone number is now disconnected and the website's domain name is expired. The owners did not immediately respond to a request for comment.

The front door to the restaurant is locked with a chain, but equipment inside the building is visible through the windows.

If Football Sandwich Shop has, indeed, closed permanently, it will mean the death of yet another independent and iconic eatery in Miami that was treasured for its uniqueness.

After all, where else can you walk into a Dolphins-teal sub shop and order sandwiches such as the Zonker, named for Dolphins running back Larry Csonka, or the Submarino, a tribute to Dan Marino? After eating one of those bad boys, it'll be hard to simply ask for a turkey and Swiss at Publix.