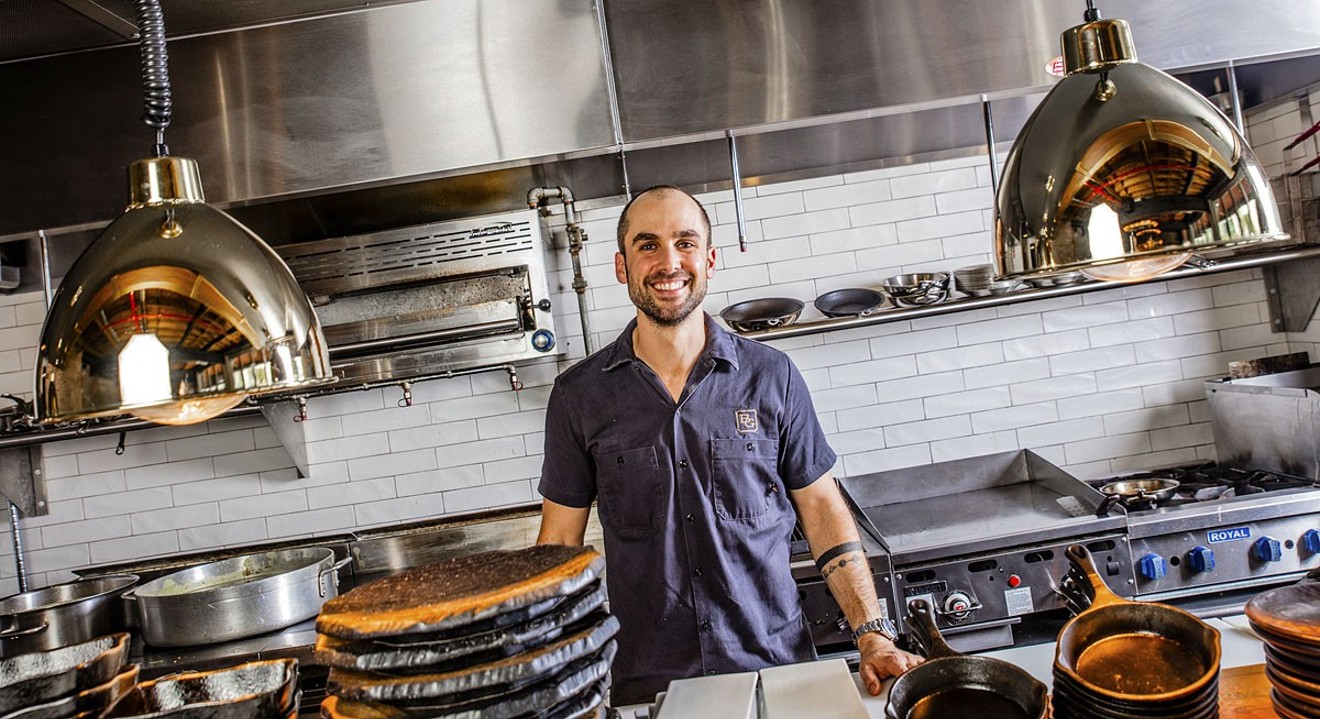 Brian Nasajon billwisserphoto.com
In about a month, chef Brian Nasajon hopes to finish construction on the former Gigi space, adjacent to the Shops at Midtown Miami, turning it into a diner with a deep lineup of house-made staples.

"There's a commissary kitchen, so we’re going to make our own bagels, pastrami, salmon. The idea is to bring in this really authentic, old-school-diner feel, but in today’s world," Nasajon says.

Beaker & Gray barman Ben Potts is only a financial partner in this project, so no word yet as to what the drink program at the forthcoming diner, called Mason in a nod to stonemasonry, will look like.

The good news is that Nasajon plans to keep long hours here, from 10 a.m. to 2 a.m. seven days a week. It will be a welcome rekindling of the space's lights. When Gigi opened in 2010, it was lauded as much for its late-night hours — giving drinkers a better option to eat at night — as it was for its steak chow fun.

Nasajon says to expect everything you would from the kind of all-hours spot that litter the sides of highways in states such as New York and New Jersey.

"What Miami is looking for is comfort," he explains, "but that doesn't mean you shouldn't go all out on the technique."

That means an approachable menu with Ibérico pork and grass-fed beef. At the moment, Mason's pastry chef is experimenting with a peanut butter-laminated croissant with jelly, while Nasajon is thinking about what to do with a ham and cheese sandwich.