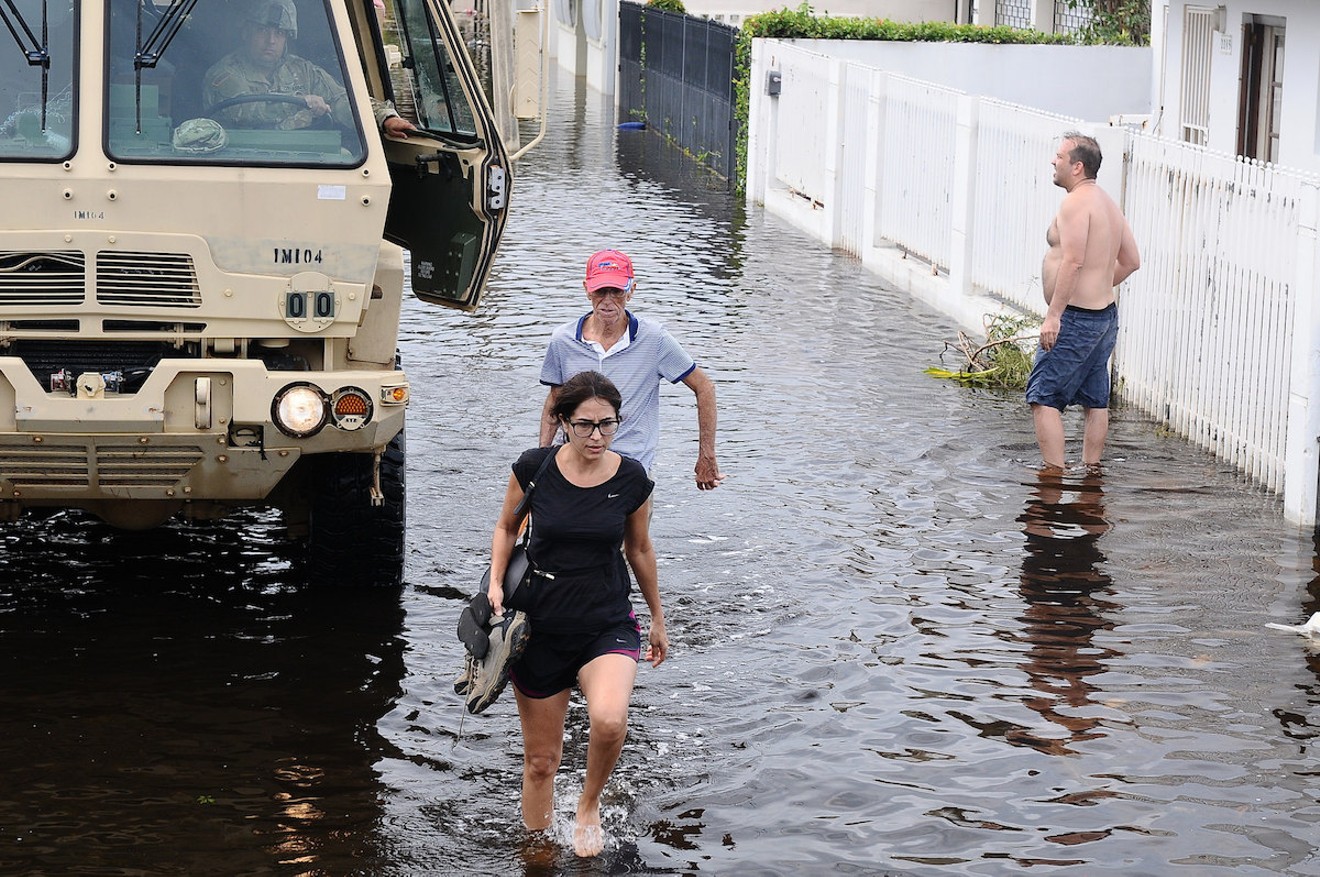 Update 8:45 a.m. Just minutes after Rubio called for the move on Twitter, the White House announced it indeed is waiving the Jones Act, allowing foreign ships to help in the relief efforts in Puerto Rico.

More than three million Americans are living through an unprecedented disaster in Puerto Rico, yet so far they've apparently ranked far below NFL protests and the concerns of the shipping industry on Donald Trump's priority list. U.S. Sen. Marco Rubio subtweeted Trump straight to Hell this morning, demanding the president immediately send more aid to the battered island.

Rubio, to his great credit, has been the loudest voice urging the federal government to send aid to Puerto Rico since Hurricane Maria battered the U.S. commonwealth last week. This morning, he argued that conditions are so dire outside San Juan that only a full-scale military effort can save lives.


Likely need the @DeptofDefense to address some "battlefield" like logistical challenges in #PuertoRico.This will NOT improve on its own 2/2

In a follow-up tweet, he also targeted Trump's most absurd position since the hurricane hit: The president's stubborn refusal to waive the Jones Act, a 1920 protectionist law that allows only U.S. ships to transport goods to other U.S. ports — a far more expensive and logistically difficult option than allowing foreign-owned vessels to help in the relief efforts.

Trump waived the act for Houston after Hurricane Harvey, but after Maria, he complained there are "a lot of people who work in the shipping industry that don’t want the Jones Act lifted." Combined with his days of silence after the Category 4 storm struck the island and his tweetstorm hinting that the disaster was partly San Juan's fault for not keeping up its debt payments to Wall Street, Trump has come off somewhere between disinterested and outright hostile toward Puerto Rico as it struggles to recover.

Rubio this morning urged the president to reconsider the Jones Act.

"Jones Act should be waived for #PuertoRico as it has been for every major storm since #Katrina," Rubio tweeted. "Have reason to believe being reconsidered."

It's hard to overstate just how bad the situation is in Puerto Rico: This is America's worst humanitarian crisis since Hurricane Katrina struck New Orleans. But unlike that horrifying catastrophe, the millions of U.S. citizens are isolated on an island, scattered in difficult-to-reach towns with dwindling food and water supplies and no power in the sweltering tropical heat.

Miami has been doing its part to help. Royal Caribbean has sent cruise ships to the island to help evacuate residents, and Miami Beach Mayor Philip Levine chartered a plane yesterday to fly supplies to San Juan.

And Rubio — who has deservedly taken industrial-grade flak this year for his tepid resistance to Trump and his unwavering support of Obamacare repeals that would devastate his own constituents — has been on the frontlines, keeping Puerto Rico's plight in the news.

Will Trump listen this time?