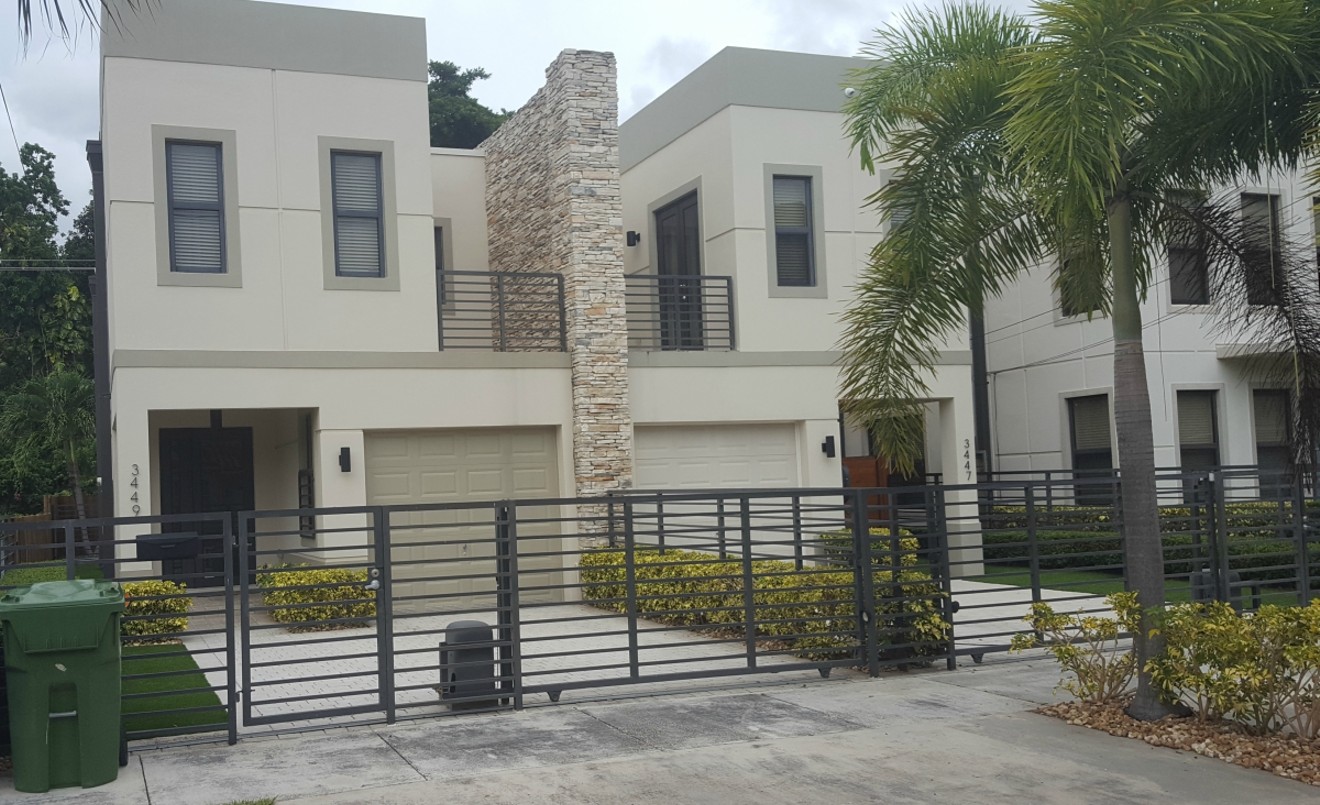 Courtesy of Javier Gonzalez
South Florida is no stranger to invasive species, but the latest one has Coconut Grove residents especially worried. Over the past two years, dozens of massive concrete-and-glass houses have sprouted across the Grove, replacing many of the neighborhood's charming old Mediterranean-style homes and tree canopies.

"I've watched the Grove become increasingly undesirable to live in because of the loss of historic architecture, tree canopies, walkability, and affordability," says 56-year-old David Villano, who's lived in the Grove for 45 years (and who sometimes writes for New Times).

That's why hundreds of residents have now signed a Change.org petition urging city officials to reduce the square footage of new homes built in the Grove to 50 percent of the lot size, down from the current rate of 80 percent. In three weeks, the petition by local civic organization Grove 2030 has garnered 588 supporters.

Under the city's zoning code, developers in Coconut Grove are free to build the largest homes, relative to lot size, of any municipality in Miami-Dade, according to Villano, who cofounded Grove 2030. He wants the Grove to align its code with other municipalities such as Coral Gables, South Miami, and Miami Shores, which limit interior sizes to 48 percent, 55 percent, and 50 percent of the lots, respectively.

"Developers, who are being driven by an economic incentive, come in with impunity, buy smaller structures for less money, and build bigger, more expensive houses," says Villano, who says he's already seen a historic $600,000, 1,700-square-foot house on his block replaced by a $2 million, 4,000-square-foot modern house. "Not only are these new houses making the neighborhood increasingly unaffordable, but their footprints are so large that they're totally out of scale and visually unattractive."

Another concern, Villano says, is that the new houses are creating unforeseen environmental impacts on the neighborhood, such as reducing the Grove's jungle-like canopy of oaks and palms. "[Developers] are receiving permits for the removal of a variety of native hardwood trees and replacing these trees with smaller foliage and a couple of palm trees."

The neighborhood's lax code allows houses to be built close together and grassy lawns to be torn out for concrete pavement. Because of the lack of landscaping and proper drainage, residents have been experiencing issues with storm runoff and flooding, Villano says.

Nonetheless, Javier Gonzalez, a real-estate agent and former vice chairman of the Coconut Grove Village Council, says property values of homes in the Grove haven't declined. "Even though developers are selling the big white houses at high [prices], the values of older, existing homes in the neighborhood have been pretty stable," he argues.

A mediterranean-style single-family home (top) and a modern single-family home in Coconut Grove.
Courtesy of Javier Gonzalez
Gonzalez says his neighbors' outrage is excessive. Upon conducting a survey across the neighborhood this past September, he found that "Mediterranean homes in the Grove still outnumber the modern houses by a huge factor of at least three to one." Based on the data, the ratio of Mediterranean-style houses to modern ones was 137 to 74 in South Grove, 123 to 45 in Village West, and 132 to 33 in Center Grove.

Even so, Villano says residents must address the situation as early as possible to prevent an overhaul of the Grove's iconic village-like character. For the past year and a half, he and other members of Grove 2030 have been collaborating with city officials such as Commissioner Ken Russell, whose district includes the Grove, in an effort to improve the zoning code and preserve the Grove's personality and history.

Unfortunately, Villano says, progress has been frustratingly slow. "Initially, [Russell] indicated willingness to work with the zoning and planning department to reduce the [code] to a more reasonable number, but since then, nothing has happened despite many follow-up conversations," he says. Villano adds he suspects that developers and other stakeholders have pushed back.

Russell, however, says he's completely onboard with revising the city's code and doesn't understand why the recent petition was necessary. "I appreciate the activism and frustration, but I've already been working on this issue for a year now. This is a public process, so you can't just wave a magic wand," he says.

Johannah Brown, cofounder of Grove Watch Group, says she understands the delays. "There's bound to be some hesitation to reduce the volume, whether that's because of developers or some tax-based issue, but I can't be cynical, because I feel that we have support from [Russell]," she says.

Russell says the next public meeting will be held in January and the final decision will be made in April.