A Timeline of Ultra's Return to Bayfront Park 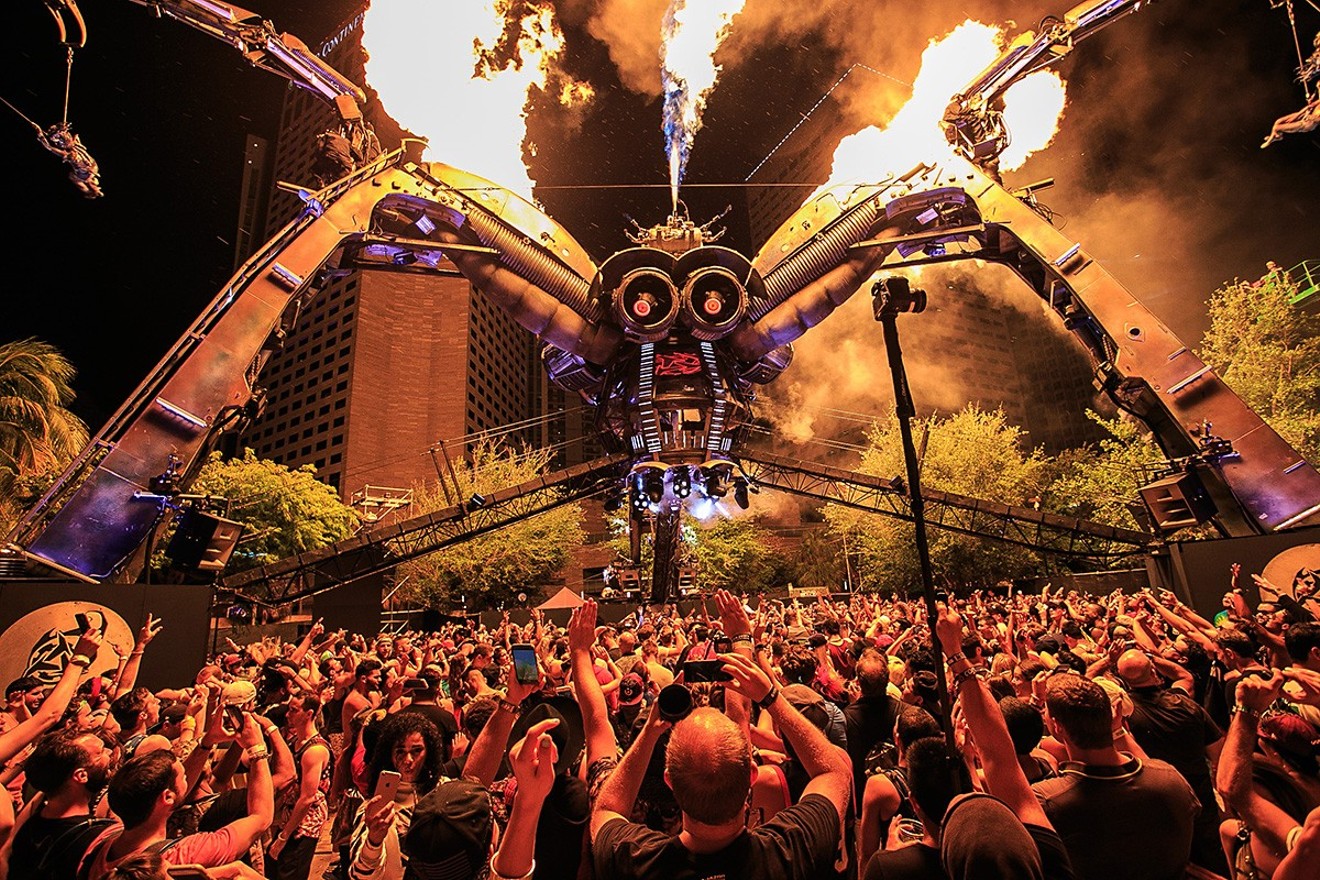 Ultra Music Festival Photo by George Martinez
After a long on-again, off-again relationship, Ultra Music Festival and the City of Miami got back together last July when Miami commissioners approved a resolution that would bring the festival back to its longtime home in Bayfront Park.

But as with any relationship, there are problems. If you thought this reunion signaled the end of the festival's dramatic saga of venue woes, noise complaints, and political shenanigans, you'd be wrong.

A group of 14 downtown Miami residents displeased with the festival's return sued the city this week, alleging that Ultra creates a public nuisance. The suit claims, among other things, that the city is violating noise provisions of its own charter and city code by authorizing an event that blasts "catastrophic levels of noise" into the area, depriving residents of "the quiet enjoyment of their homes." The plaintiffs' attorney is seeking an injunction to keep the festival from happening.

Will there ever be a drama-free Ultra? Are we doomed to continue witnessing the cycle of allegedly rule-bending wheelings and dealings, months-long negotiations, venue announcements, and public outcry until Miami sinks into the sea?

Who knows. Here's a handy-dandy timeline of the love (and sometimes hate) story between Ultra and Miami.

1999: Ultra, started by founders Russell Faibisch and Alex Omes and named after a Depeche Mode album, launches as a one-day event in Miami Beach.

Even as a new festival, 10,000 fans descended on Miami Beach for Ultra's inaugural event. Faibisch and Omes, both lovers of club beats, came up with the idea to throw a huge beachside party during Miami's Winter Music Conference. From there, the event grew into an internationally renowned electronic music empire.

2001: Ultra moves from Miami Beach to the City of Miami.

After two years across the bay, Ultra holds its first festival in Miami's Bayfront Park.

2012: After six years in Bicentennial Park, Ultra heads back to Bayfront.

Seeing an opportunity to get inside Ultra for free, a horde of gatecrashers brought down a fence and crushed Erica Mack, a 29-year-old security guard working at the festival. She was critically injured and suffered a brain bleed, skull fractures, and broken bones in one of her legs. Then-Miami police chief Manuel Orosa said the department had warned Ultra about the weak spot in the fence where Mack was trampled and suggested organizers could face charges over the incident.

Miami commissioners, citing noise complaints and concerns from neighbors, voted unanimously against bringing the festival back to Bayfront Park. Event organizers had six months to move Ultra to a new venue. The 2019 festival on Virginia Key was subsequently marred by various disasters, including a falter in shuttle service on the first night that forced thousands of people to walk across the Rickenbacker Causeway to get back to the mainland.

Ultra organizers announced last year they were voluntarily terminating their contract with the City of Miami to move the festival somewhere else in South Florida.

Ultra tweeted an open letter to fans addressing the Virginia Key debacle, saying: "After listening to feedback from many of you (including over 20,000 fans who took our post-event survey), it is clear that the festival experience on Virginia Key was simply not good enough. This is Ultra Music Festival, after all, and our attendees expect us to deliver on our commitment to excellence."

Meanwhile, Miami politicians pointed fingers over who they thought was responsible for the city's loss. Miami Mayor Francis Suarez blamed Commissioner Joe Carollo, who was in charge of drafting an agreement that residents and festival organizers could agree on. Carollo later reneged, ultimately forcing the last-minute move to Virginia Key.

Also 2019: Miami woos Ultra and gets the festival back.

There's nothing like getting attention from other suitors and then finally seeing the one you really wanted come running back. Just when it seemed Ultra and the City of Miami were over for good, Commissioner Keon Hardemon started playing matchmaker. Last summer, he sponsored a resolution to negotiate Ultra's return to Bayfront Park.
KEEP MIAMI NEW TIMES FREE... Since we started Miami New Times, it has been defined as the free, independent voice of Miami, and we'd like to keep it that way. With local media under siege, it's more important than ever for us to rally support behind funding our local journalism. You can help by participating in our "I Support" program, allowing us to keep offering readers access to our incisive coverage of local news, food and culture with no paywalls.
Make a one-time donation today for as little as $1.