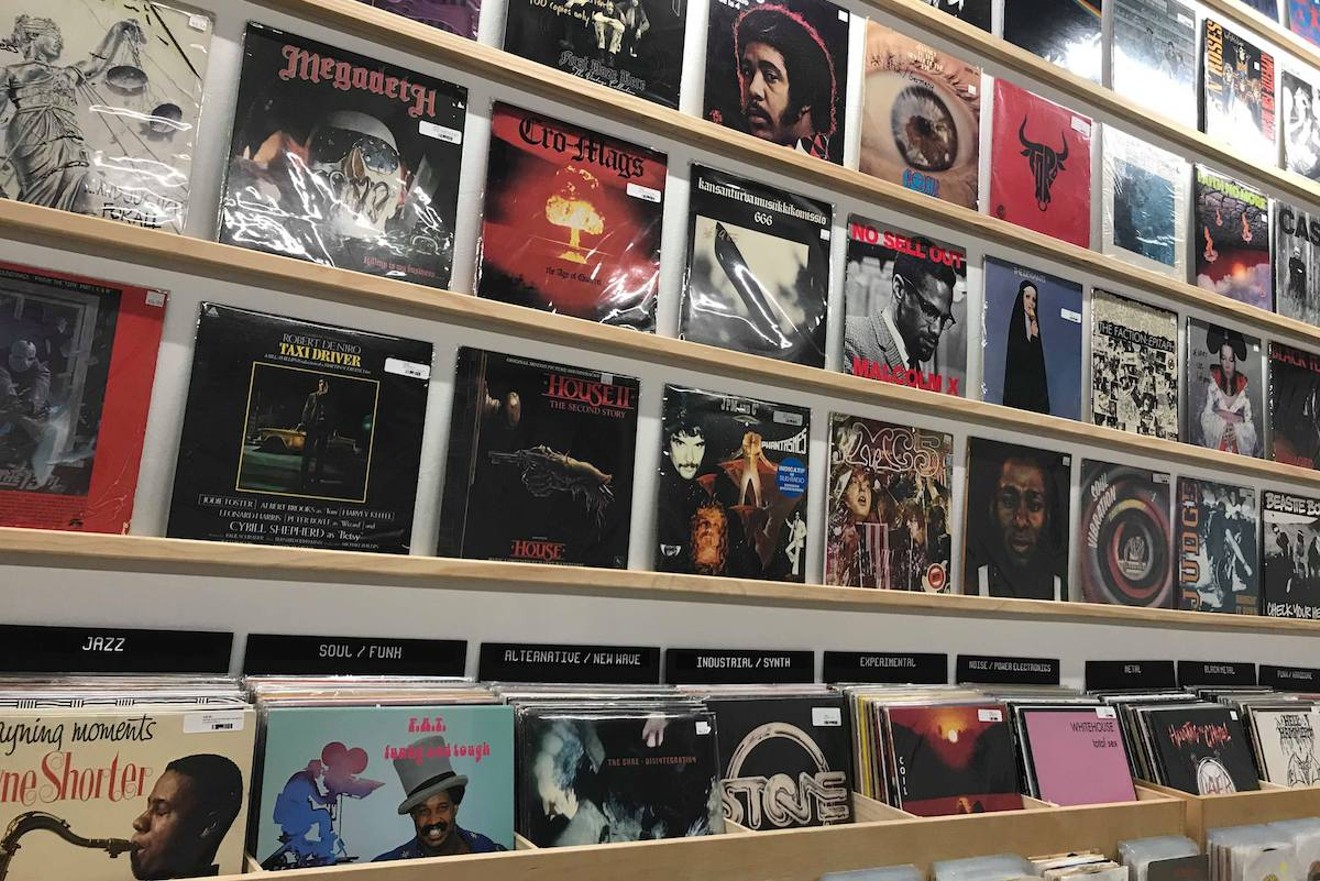 Technique Records on Miami's Upper Eastside will be the area's sixth record store. Courtesy of Techinque Records
For nearly 15 years, Mikey Ramirez has been one of the main forces behind Fort Lauderdale's Radio-Active Records. He pushed the former CD Collector store into the vinyl-resurgence age, helping it outlast conglomerates such as FYE and Virgin Megastore and finding a niche audience despite Spotify and YouTube's dominance as music distributors.

And though Miami has several record store options, it's not uncommon for vinyl aficionados to drive to Broward simply to shop at Radio-Active. Thanks to a wide selection of used and new vinyl neatly organized in bins, the store has cultivated a reputation for its rarities and knowledgeable staff.

Miami finally will be able to enjoy Ramirez's expertise when he opens Technique Records at 853 NE 79th St. on the Upper Eastside. The shop was conceived as a spinoff of Radio-Active, but Ramirez says he decided on a different name to avoid confusion and let everyone know the store marks his new start as an independent retailer in Miami.

According to Ramirez, there are several reasons he's opening a new shop. First, he has lived in Miami for several years — he calls Shorecrest home — and DJs regularly at Gramps. Plus, health issues made the commute to Fort Lauderdale challenging.

Ramirez also admits that things at the Fort Lauderdale store were heading in a different direction. "I'm not going to say I was unhappy. A partnership is kind of like a marriage. When people start to have disagreements, things start to change."

Sean Kayes and Natalie Smallish will continue to manage the Fort Lauderdale store, while Ramirez says he'll concentrate on Technique.

"The best thing for me was to split off from Radio-Active Fort Lauderdale on good terms and establish a presence in this area."

Ramirez has Mark Ingraham to thank for the shorter commute time. Ingraham, the owner of the Shorecrest Building, which will also be home to Japanese eatery Wabi Sabi, has been pursuing Ramirez for years after being introduced by Gramps owner Adam Gersten. "He was very persistent and convincing," Ramirez says of Ingraham.

What ultimate convinced Ramirez to take the risk was the deal Ingraham offered him. "You don't see a lot of small businesses in Miami right now, especially [on the Upper Eastside]. A lot of that is because the rent is out of control. He made it very fair for me to come in, which will also enable me to take some risks." 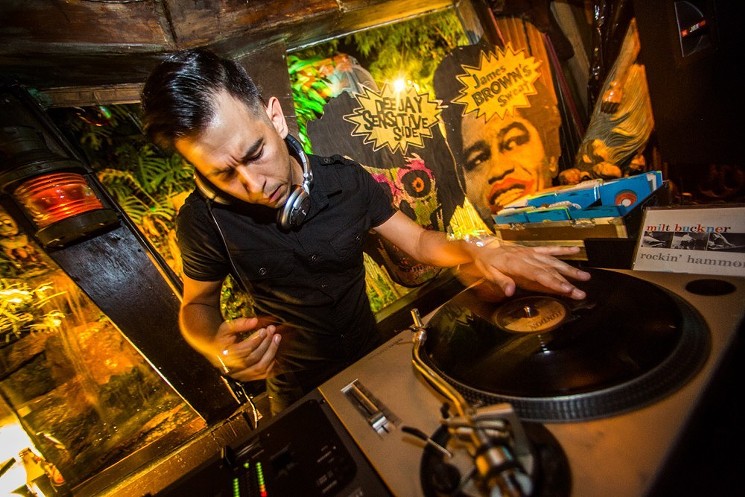 Mikey Ramirez
Photo by Ian Witlen / TheCameraClicks.com
At Radio-Active, Ramirez made sure to keep bins stocked with plenty of new and used vinyl, and that will also be true at Technique. He also plans to stock cassette tapes, turntables, books, and cult movies in formats ranging from VHS to Blu-ray.

"I started thinking about the recent revival of [VHS] and eccentric media. I grew up in bookstores, video stores, and record stores, and I thought it would be pretty cool to integrate all three with some sort of angle."

However, despite Ramirez being Technique's sole partner, he insists he's not doing it alone. He's brought along people such as Katrina Toimil, Janette Valentine of Shroud Eater, Rick Smith of Torche, Lauren Palma, and Stephany Torres of Poplife to help him run the store, from the branding and creative to the selling of merchandise.

And, yes, Ramirez says he plans to play nice with other Miami record stores. "Am I the kind of person that's going to go in there and undercut everybody else? No, that's ridiculous... Independent record stores, when you think about it, are not competitors — they never have been. Your competitors are your big-box retailers: Barnes & Noble, Best Buy, Urban Outfitters, Amazon. Those are the retailers that have gone out of their way to price out local businesses."

Ultimately, Ramirez says he'll do the same thing that made Radio-Active a must for vinyl collectors: search for and stock used records that people want to buy. "That's what I do well... For the past 15 years, I've crawled into attics, crawled into spaces I can't believe I've fit into, I've had boxes fall on me... It is what it is, but I like doing that."