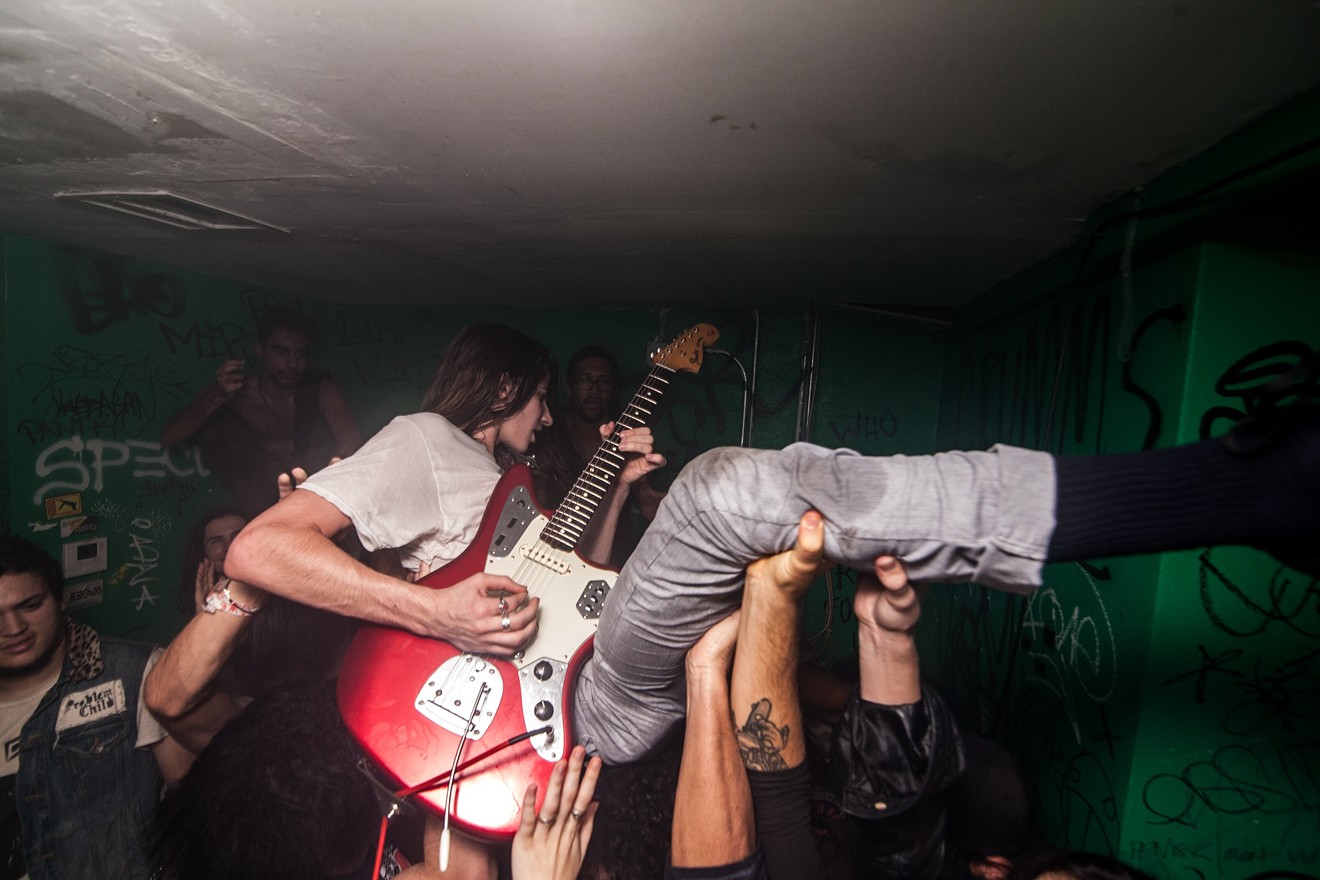 Churchill's 37th-anniversary celebration. Photo by Monica McGivern
Rock 'n' roll is alive and well in South Florida. Don't let the megaclub lasers blind you to the fact that there are plenty of places to get drenched in sweat and beer and enjoy a night of great live music ranging from punk to metal to hardcore to garage and everything else in between. It's no secret that Miami likes to party hard. Though it has a reputation for nightlife, bottle service, and DJs, the Magic City also boasts thriving rock clubs minus the red velvet ropes. Here are Miami's five best rock clubs: 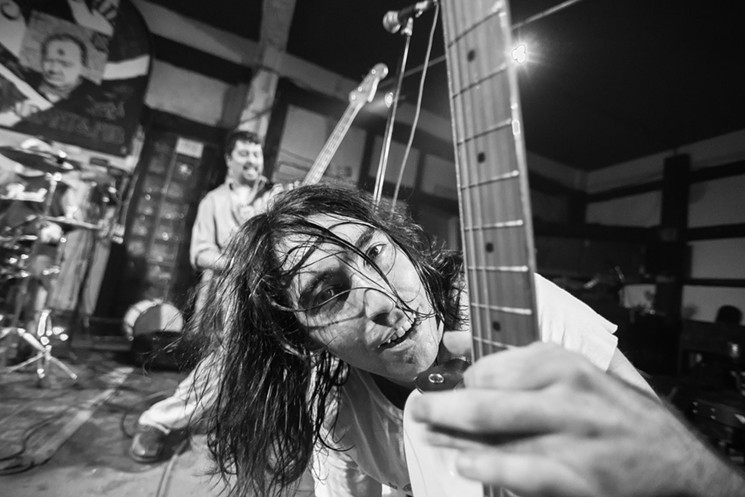 Churchill's is a local institution.
Photo by Alex Markow.
1. Churchill's Pub. In 2008, the New York Times dubbed this Little Haiti hangout the "CBGB of Miami." An institution among local music lovers, this punk den is unequivocally Miami's best rock club and was voted so in New Times' Best of Miami 2017. The venue's stages host live music every night of the week, including local punk, metal, and hardcore bands. On the scene since 1979, the beer-soaked dive jumpstarted the careers of Marilyn Manson, the Mavericks, and a slew of others. Miami music will forever be in debt to Churchill's. You never really know what you'll witness at this rock 'n' roll cornerstone that'll forever burn a hole in your brain. But the million-dollar question is: Would you rather walk on tiny shards of glass or use the vile bathrooms? Long live Churchill's. 5501 NE Second Ave., Miami; 305-757-1807; churchillspub.com. 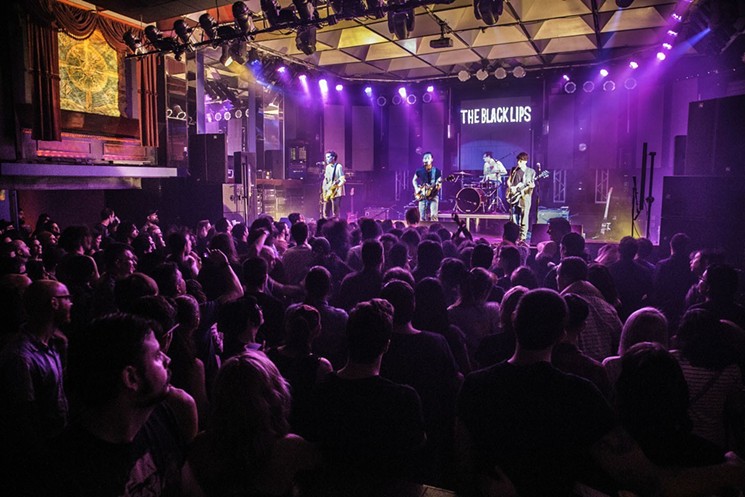 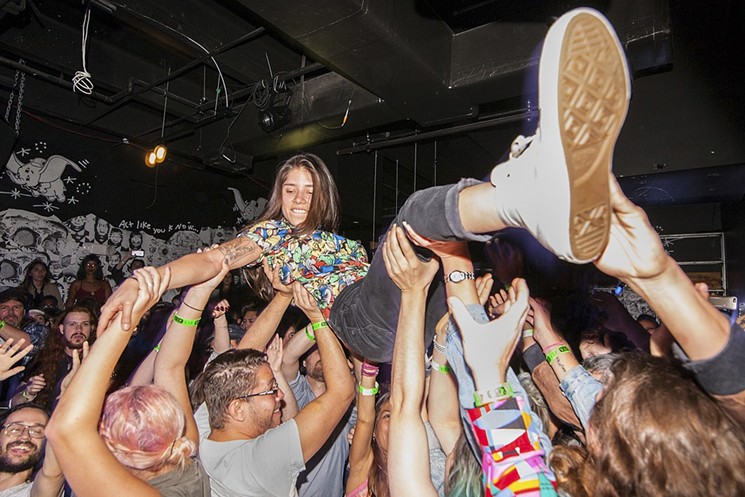 Marian Li Pino of La Luz crowdsurfs during the band's show at Shirley's.
Photo by Monica McGivern
3. Gramps. Ask any show rat around and they'd probably agree Gramps is one of the best things to happen to Wynwood. With an impressive roster of acts, this bar has proven itself to be a pillar of Miami's music scene with a knack for killer bookings. In just the past year, heavy-hitters such as Mitski, Sheer Mag, Temples, and the Radio Dept. have graced the stages of this hangout. Smaller shows are usually held inside the backroom, dubbed Shirley's, and the bigger concerts are held on the outdoor stage that doubles as a tiki hut. For some impressive locally grown talent, don't miss the bar's Friday Nite Live shows. And for a truly weird-Florida experience, grab a seat on one of the benches in the quirky courtyard and go in on some pizza and cafecito at Pizza Tropical. 176 NW 24th St., Miami; 305-699-2669; gramps.com. 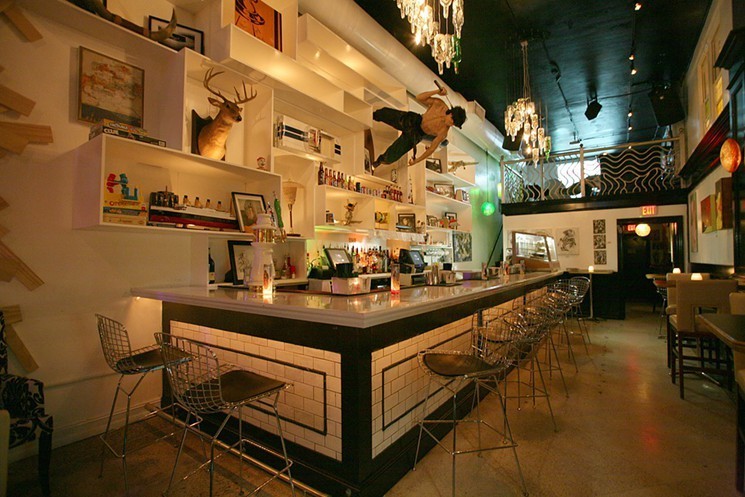 Check out Bruce Lee.
Courtesy of Kill Your Idol
4. Kill Your Idol. In a sea of megaclubs, this dive bar is making waves on the Beach. This locals-only spot offers a reprieve from South Beach's glitz and glamour and/or douchebaggery, whichever way you look at it, and is a true gem. The funky decor of this rock bar is nothing less than over-the-top, with a life-size Bruce Lee figure overlooking the bar and a gigantic astronaut sculpture hanging from the ceiling. The venue's small stage near the front of the bar is a prime spot to enjoy live music up-close and personal. 222 Española Way, Miami Beach; 305-672-1852; sub-culture.org/kill-your-idol. 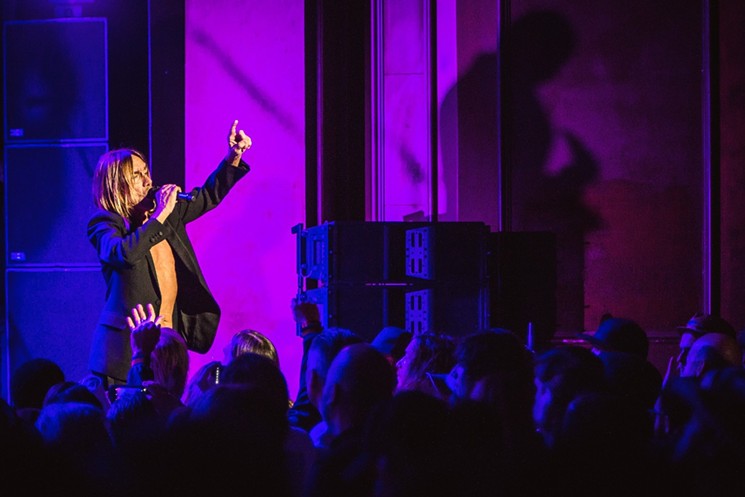 Iggy Pop at the Fillmore.
Photo by Ian Witlen
5. The Fillmore Miami Beach. Grandiose chandeliers and a palm-tree-lined art deco building don't exactly scream rock 'n' roll, but hear us out. This Miami Beach relic has seen some of the best, including Iggy Pop, Interpol, and Fiona Apple. But to truly appreciate the venue's rich music history, stroll through the halls and check out the posters of past shows that adorn the walls. The venue's theater-style seating offers plenty of places to sit, or if you're ready to brave the crazed fans, head down to the general-admission standing area. With killer acoustics and a huge stage, this is Miami's premier music venue. But to avoid lines of Lana Del Rey proportions, get here early. 1700 Washington Ave., Miami Beach; 305-673-7300; fillmoremb.com.