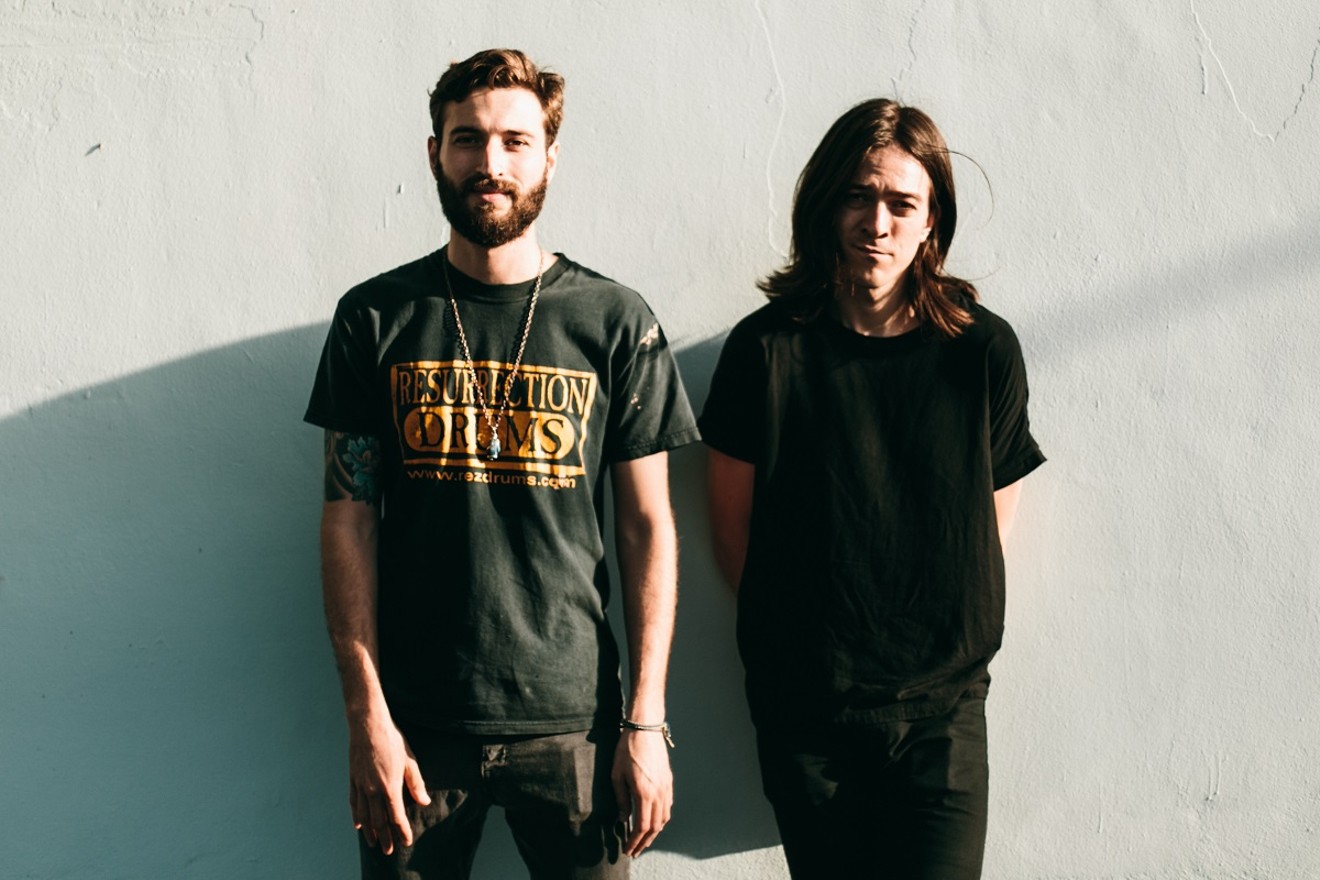 Deaf Poets Imani Girvetz
In most corners of the world, summer is the season when people shed layers of clothes to show off their skin, crank up the air conditioning to unnaturally frigid temperatures, and discover which parts of their bodies are prone to leaving sweat stains. By those metrics, it is always summer in Miami — a theme that will be celebrated with lots of rock 'n' roll during Miami's Endless Summer, taking place Saturday, June 3, at Churchill's Pub.

The annual psychedelic, garage, and grunge tradition was founded four years ago by Sean Wouters, the lead singer of local rock band Deaf Poets. For the second year in a row, Showskii Records founder Alba Rubio has helped organize the one-night festival.

"Florida is an endless summer," Rubio, a Sunshine State native, says of what motivated her to bring the party together. "We have the luxury of living in a tropical environment, and we want to celebrate it."

Yes, the coldest winter day in Miami can feel more summery than most of late August does in Fargo, North Dakota. But locals can easily commiserate over the subtle differences that crop up to signal it's summer in Miami. Mosquitoes make their presence known; thunderstorms become a late-afternoon regularity; the streets are full of water instead of people, because the snowbirds have flown back North. Music fans will also recognize summer as the time when they can no longer be so fussy about what live music they check out. Major festivals such as Art Basel, Ultra/Miami Music Week, and III Points all avoid the summer months for a reason: Their organizers know out-of-towners won't be flocking to the steam room known as the 305 in June, July, or August.

But that's why little gems such as Endless Summer should be supported. Miami never feels like more of a community than in the summer months, when pretty much all events are locals-only by default. The 305 Til I Die of Heat Exhaustion hustlers deserve to live their best party lives year-round, not just during the tourist season.

Rubio says she and Wouters worked tirelessly to curate a lineup that will please all rock fans. "Since it was at Churchill's, we knew we had to pick bands that are able to get grimy. Sean and I each went half-and-half on filling out the bill. We trust each other's tastes a lot, and since a lot of people submitted to be part of it, we got lucky in that we could be choosy on who plays."

Wouter's duo, Deaf Poets, will headline, playing tracks off its newest release, Lost in Magic City, but many other local acts will also be represented. Among the Miami-born sounds on display will be the indie rock of Left-Handed Jacket, distortion from Red Nectar, the postpunk of Axe and the Oak, and the Miami psych of JaiaLai. The bill will also include bands from out of town, including Boca Raton's Anastasia Max, Orlando's psyche-punks the Grizzly Atoms, and the coheadliner from Atlanta, Chew, a three-piece playing fuzzy space rock.

Though most travelers don't see Miami as a destination in the summer, Rubio says it was surprisingly easy to find out-of-town bands eager to play the Endless Summer show despite the humidity.

"I've been in the scene since I was 17, and I've been putting together events for eight years now. It used to take a lot of convincing to get bands to come all the way down here," Rubio says. "We're finally getting good acts to come. Summer is the quiet time where you can take advantage of putting together a good show. With school out, you also get a lot more people willing to come out for the night."