In Defense of Jason Mraz 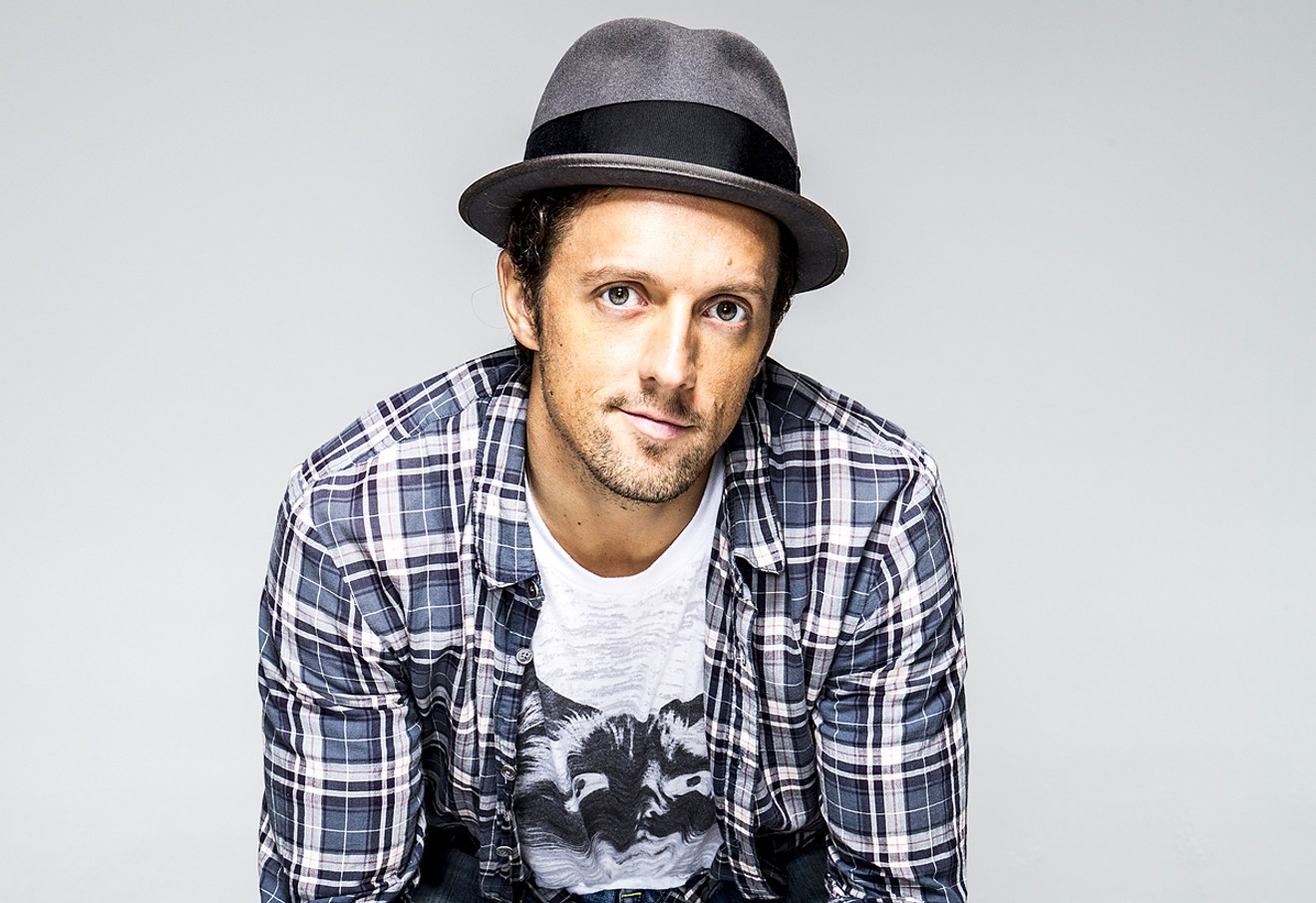 On the surface, Jason Mraz appears to be as pleasant as his music. But if actions speak louder than words, he might be even nicer than he sounds.

How nice, you ask? As nice as a dainty, delicate kiss on the cheek from a 90-year-old grandmother who has just slipped a fifty into your birthday card.

Mraz broke through to the mainstream with the slowed-down white-boy-reggae ditty "I'm Yours," off his second LP, We Sing. We Dance. We Steal Things. It's a song that has come to define him in terms of both lyricism and energy. With lines about love, living in the moment, and being "one big family," Mraz established precisely what audiences should expect from the California transplant for the next decade.

Mraz's bubbly, jazzy, blue-eyed soul could soundtrack every coffee shop in America. Since his debut in 2003 with Waiting for My Rocket to Come, featuring the gentle, midtempo lead track, "You and I Both," Mraz has crafted music for lazy Sundays spent curled up at home or curled up on a beach blanket. A Jason Mraz record is as threatening as a baby's giggle.

In this era of mass shootings, MAGA, and #MeToo, the nation needs something, anything, goddamn pleasant.

It's corny. It's saccharine. And it's exactly the sort of vibe we need.

Though he might never get his own VH1 Behind the Music special (unless, God forbid, Mraz turns out to be some sort of Cosby-Weinstein monster; please, please, no), Mraz has participated in VH1's Save the Music Foundation. In 2010, he traveled to Ghana as part of the organization Free the Slaves to help end child slavery in the West African nation. In 2011, he established the Jason Mraz Foundation to "sustain organizations aligned with his four pillars of service: human equality, environment preservation, arts and education, and recovery and assistance." In 2012, he was the first straight celebrity to grace the cover of the gay publication Instinct Magazine, for his work with numerous LGBTQ organizations and charities including the Trevor Project, True Colors Fund, and the American Foundation for Equal Rights. In 2013, he held a benefit concert for Life Rolls On, a nonprofit that supports spinal-cord-injury research and provides quality of life for patients.

His list of charitable acts goes on and on and on.

The Grammy winner might one day add more industry accolades to his shelf. But it seems just as likely he'll receive more humanitarian honors for his various philanthropic efforts.

Jason Mraz loves his wife, his cats, his organic avocado farm, and yoga. He sings about beauty and best friends and falling helplessly in love over and over again, oftentimes with the same person. His music is easy to dismiss as lily-white, boring, and overly sentimental. But all of that misses the point. He's just a human being who appreciates the joys of life, including all the delight derived from giving to others through good deeds and good tunes.

These days, you could do a whole lot worse.