The Overtown Performing Arts Center Opens in a Historic Church 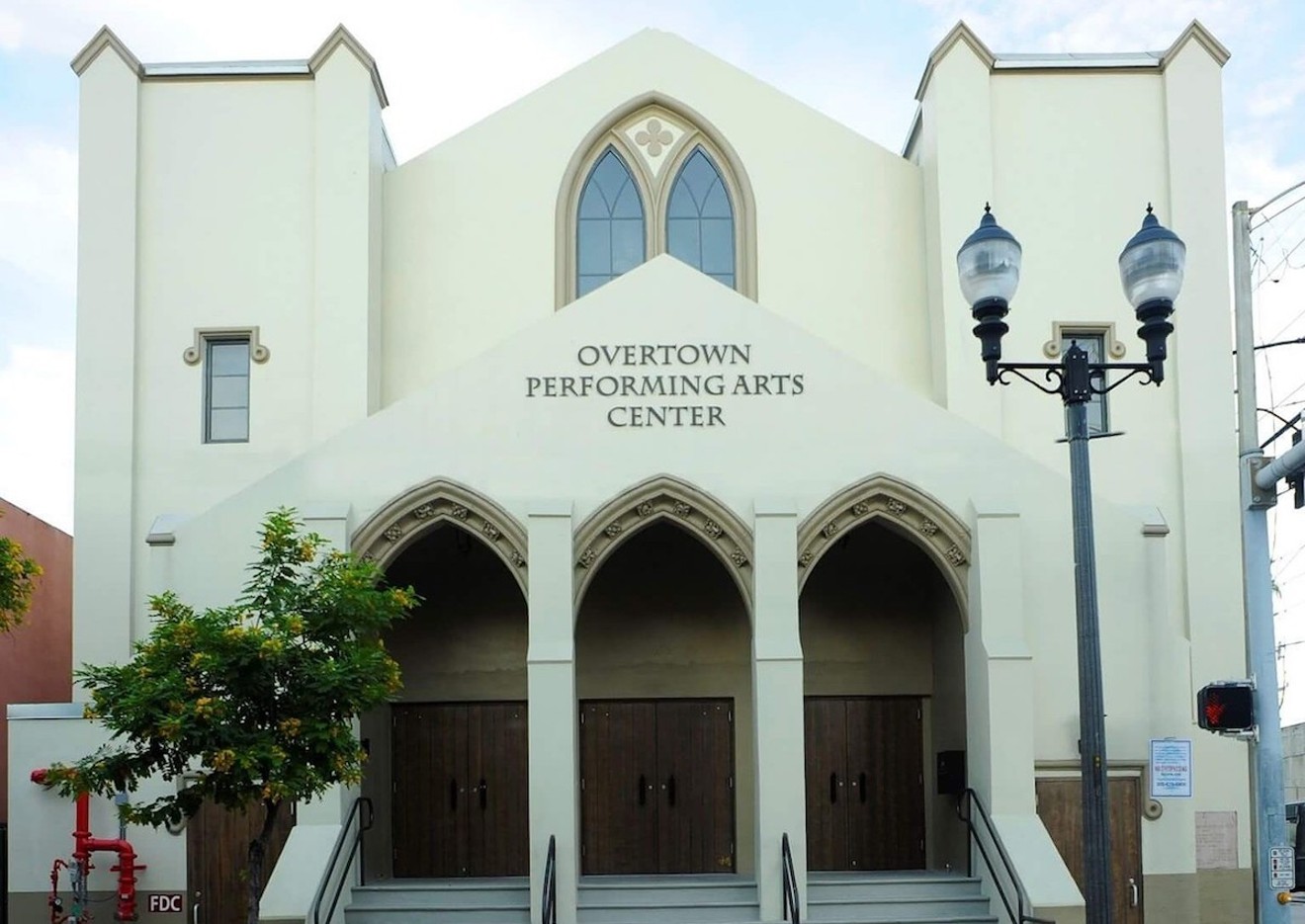 Overtown Performing Arts Center's original 20th-century modern Gothic architecture. Facebook
From the moment you walk through the doors of the newly renovated Overtown Performing Arts Center (OPAC) on NW Third Avenue, you immediately sense you are walking into an entertainment space unlike any other. There’s a good reason why — it was once a Methodist church, built back in 1947.

In 2015, the former Ebenezer Methodist Church, which was declared a historic landmark in 1988, went through a $3 million renovation to help revitalize the Overtown community. Led by Clarence E. Woods III, the executive director of the Southeast Overtown/Park West Community Redevelopment Agency, and Miami City Commissioner Keon Hardemon, the Community Redevelopment Agency (CRA) chairman, the project was made possible by the CRA's contribution of $2.1 million along with a $900,000 grant from the U.S. Department of Commerce and the Economic Development Administration.

After 12 months of construction, the 9,500-square-foot facility was remodeled to include a state-of-the-art kitchen, a classroom, meeting spaces, and more. However, the CRA hadn’t officially decided what they were going to do with the facility after the renovation. But other people had an idea.

“When the general manager and I first walked into the former Ebenezer Methodist Church, the newly renovated space was supposed to be turned into a community center,” OPAC executive director Suzan McDowell says. “We were like, ‘It’s really meant to be a performing arts center.’ And they were like, ‘But it’s supposed to be a community center.’ And I’m like, ‘Well, why can’t it be a performing arts center? Why can’t it be both?'”

Once McDowell and her team outlined the countless ways the facility could be used if declared a performing arts center, the Overtown Performing Arts Center became a reality. “We got the green light about three months ago,” OPAC assistant general manager and lead producer Gabby Reid explains. “We’re really excited about the upcoming projects, programming, as well as what this is going to bring in and do for Overtown.”

Executive director of the Overtown Performing Arts Center Suzan McDowell addresses the media at the soft opening of the center.
TeeKay, 3PM MEDIA
The center hopes to accommodate a diverse range of events, including spoken-word poetry readings, music video shoots, baby showers, and even TED Talks. Coming up this month are a business symposium titled "Miami Expansion" and an Ankara Delights pop-up shop, an offshoot of Miami Swim Week focusing on African designers.

“Even though it’s small, it’s perfect,” McDowell says. “It’s got lights, camera, action, a fully functioning tech rider that can be plugged in, a stage, and even a commercial kitchen. The possibilities are endless.”

OPAC’s goal to bring the arts to the community of Overtown while benefiting its residents is a mission deep-rooted in the building’s own history. According to the designation report of the city of Miami Planning Department, while the former Ebenezer Methodist Church served as a place of worship for decades for Overtown residents, historical records prove that McDowell and the rest of her team weren’t too far off when they originally pitched their idea to the city. According to official historical documents, the church building was used for more than prayer; it was also a social hall for a variety of functions that benefited the Overtown community as a whole.

Although world-renowned performing arts centers like the Adrienne Arsht Center for the Performing Arts in downtown Miami are as grandiose in size as they are state-of-the-art, there is something uniquely intimate, beautiful, and down-to-earth about OPAC that will welcome a whole new audience to the center. “This is literally like a 5 percent or 10 percent capacity of what the Adrienne Arsht Center can do,” McDowell says. “We are not their competition. We are their neighbors. And I mean, it’s Overtown! You would never expect this.”