Sony Pictures
Choosing the greatest films shot in Miami seems like a straightforward undertaking. Simply look for the most popular movies that include some of the Magic City's most iconic locations, right? But not all films set in Miami were actually made here. More than one James Bond movie was set in the 305, including Thunderball, whose plot called for blowing up the city. But none of the Bond productions sent its stars to shoot scenes here. Movie studios, the Bahamas, and even Prague were used as stand-ins for the Big Orange.

A better way to look for a Miami movie is how the city actually reflects a film's theme or mood. It's not about noticing landmarks as much as capturing a spirit. The following are the movies, from flicks and films to shorts and even documentaries, that are memorable because they were shot in Miami.
1. Suddenly We Jumped (2014)

Why not show Miami as oblivion? Antonia Wright’s short silent film was last shown at Borscht Diez earlier this year, adding another layer of astonishment to an already disorienting film festival celebrating its own self-destruction. It’s a transcendental short of mesmerizing quality that takes one’s breath away. The artist’s nude body slowly emerges from pitch blackness toward the camera to shatter a pane of real glass. No, that's not stunt sugar glass. The film was shot in a Miami art studio tall enough to launch the artist upward to the glass from a trampoline.

“I’m using my body as a weapon,” the artist once told this writer. Like Wright, local visual artists and filmmakers often need to weaponize their craft to break down the obstacles they confront, from no or little governmental support to the ignorant biases of outsiders in the industry.
2. Moonlight (2016)

You know Moonlight. It's the infamous Oscar winner whose glory was brought down by a mixup of hubris by an idiot accountant of PricewaterhouseCoopers distracted by tweeting a picture of Emma Stone. The awards ceremony is a sad piece of the film's history, but Moonlight itself is a beautifully shot movie. Liberty-City-kid-turned-Los-Angeles-based filmmaker Barry Jenkins returned to the Magic City to shoot a film whose essence is the banality of Miami, from the beach to Jimmy’s Eastside Diner. On a low budget and with no tax credits from the state, Jenkins created an accessible version of a Hou Hsiao-hsien movie with an all-black cast, harnessing a contemplative aesthetic to tell a real-world story by playwright Tarell Alvin McCraney, who grew up as a gay black man in the macho world of Liberty City. 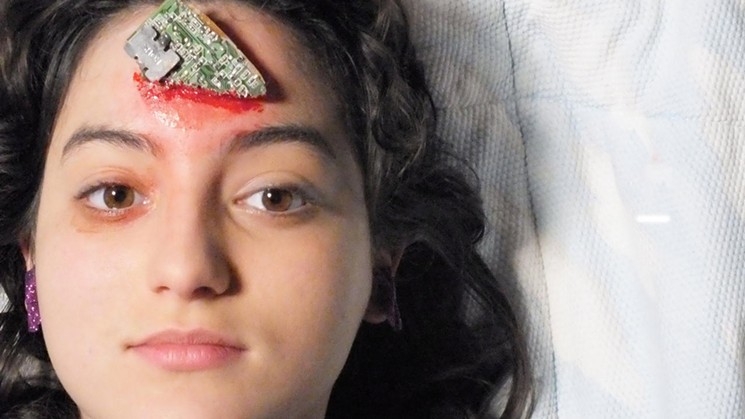 Shot by local filmmakers/artists Lucas Leyva and Jillian Mayer, this film might not be what most people think of when they think of Miami movies, but it’s a work that could've been made only by Miami-born artists. The short is a play on the concept of the "Singularity," popularized by the technological philosopher Ray Kurzweil. It’s a place where geography no longer matters, yet there’s no denying the inspiration for the short film’s freestyle soundtrack and neon color palette. The film tackles a heavy existential concept, opening with little kids talking about their eventual deaths. But there's levity too, which comes from a joy of the moment and hope that joy lasts forever. It’s abandon with a sprinkling of wish fulfillment and a twinkle of cynicism that continuously one-ups itself and speaks to the complexity of the humor and intellect that resides in Miami-bred talent. 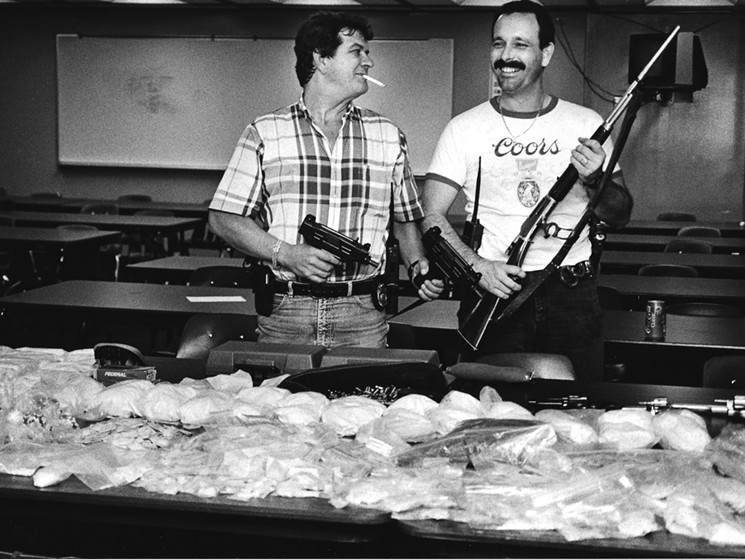 Rakontur
4. Cocaine Cowboys (2006)
Cocaine Cowboys is one of the best documentaries ever filmed in Miami. It captures a period with incredible verve, famously containing something like 5,000 edits in its kinetically paced narratives. That’s more than three times the number of cuts you would normally see in an average movie of this length. When the film was released, it practically dethroned Scarface as a cult favorite about Miami’s cocaine scene. After all, isn’t truth crazier than fiction? Director Billy Corben and producer Alfred Spellman, who grew up here, are planning a third installment as the story continues to evolve. It was just a few weeks ago that the so-called last of the cocaine cowboys was arrested after 26 years in hiding.

Universal Pictures
5. Miami Vice (2006)
Aren’t we all just waiting for the wink-wink comedic ChiPs version of this TV show? Well, when Michael Mann, who directed one of Miami Vice's early TV episodes, decided to make a cinematic adaptation almost 20 years after the show’s premiere, he went dark. Never has Miami's junction of U.S. 1 and I-95 seemed so perilous. The TV show always had a dark edge, but there was something even starker and nihilistic about this movie, which many critics didn't get. (Guess they had to be from Miami.)